The deadly scramble for the world’s oil

The price of oil is expected to stay well above $100 per barrel for years to come. In the U.S., the most immediate consequence is the high price of gasoline, which was creeping toward $4 per gallon even before the summer driving season has really begun.

But the skyrocketing price of oil is simultaneously reshaping the global economy, enhancing the political and economic clout of energy-rich nations while putting pressure on countries that depend on foreign sources of oil and natural gas.

Michael Klare is the author of the new book Rising Powers, Shrinking Planet: The New Geopolitics of Energy, which examines how the growing global demand for energy resources is propelling the world's military powers into confrontations to control the earth's dwindling supply of these resources. He spoke with Eric Ruder about the consequences of rising oil prices.

RECORD-HIGH oil prices have meant a windfall for big U.S. oil corporations. But at the same time, these profits are also flowing to a number of countries that the U.S. considers its strategic competitors. What's going on here?

THE PRINCIPAL strategic competitor of the U.S. that is benefiting from the current rise in energy prices is Russia, the only great power with a surplus of oil and natural gas it can export. Russia is profiting immensely from the rise in energy prices, and this has also contributed to its growing political clout.

But the U.S. doesn't rely much on Russia for its own energy needs; rather, it is Europe that depends so heavily on Russia (mostly for natural gas).

Of course, the fact that Europe is becoming more dependent on Russia for its vital energy supplies is a source of worry for the Bush administration, because it means that the Europeans will be less inclined to kowtow to Washington in the future.

That said, the U.S. is also surrendering more and more of its national wealth to the oil-supplying countries in the Middle East, Africa and Latin America, and this inevitably is contributing to the nation's economic enfeeblement. 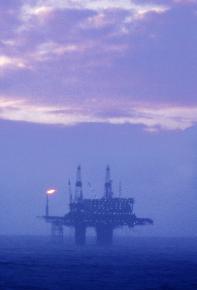 Many of the petro-dollars acquired by these countries, especially the petro-states of the Persian Gulf, are being deposited in so-called "sovereign-wealth funds" (SWFs)--state-owned investment accounts used to acquire strategic assets in other countries. In recent months, wealthy SWFs like the Abu Dhabi Investment Authority and the Kuwait Investment Authority have acquired significant stakes in key U.S. banks and corporations, including Citigroup and Merrill Lynch.

THE PRICE of food and the price of oil are closely related. This is so because modern mechanized agriculture is heavily reliant on petroleum and petroleum-based products to generate the increased yields necessary to feed growing world populations and sustain the profits of giant agribusiness firms. Every piece of farm machinery is powered by gasoline or diesel, and most food crops are delivered many miles to market by oil-powered trucks, trains, planes or boats.

Michael Klare's new book Rising Powers, Shrinking Planet: The New Geopolitics of Energy looks at how the global demand for energy resources is driving new conflicts between more and less powerful countries around the world. Klare is also the author of Resource Wars: The New Landscape of Global Conflict, on the quest for finite resources that is driving imperialist competition.

Klare has written several helpful recent articles, including "The End of the World as You Know It...and the Rise of the New Energy World Order" and "The Bad News at the Pump: The $100-plus Barrel of Oil and What It Means" on TomDispatch, and "The New Geopolitics of Energy" in The Nation.

For more background on the question, see "The Geopolitics of Oil," by Saman Sepehri, published in the International Socialist Review.

Hence, when the price of oil rises, the cost of all these other activities rises as well. In addition, petroleum is the feedstock for many of the pesticides and herbicides and other products that are needed to produce modern "miracle" crops that possess little resistance to disease. These, too, have risen in price.

On top of all this, croplands around the world have been turned over to production for ethanol for road transportation, reducing the crops grown for food and adding additional upward pressure on global food prices.

IN RESOURCE Wars, you described the interconnection between imperial aims and the quest to control oil and water resources. Do you think we're now at the beginning of an intensified imperial struggle over food resources?

OIL HAS long been associated with empire, ever since Winston Churchill was First Lord of the Admiralty and converted British warships from coal to oil propulsion, on the eve of the First World War.

But I don't view water and food in the same manner. Water and food are necessities of life, and peoples have always gone to war over them when their survival is at stake. As water and food supplies become more scarce, especially as global warming becomes more intense, I believe we will see more conflict over these necessities.

Most of this will occur within states, but could also occur between states--for example between countries that depend on the same source of water, such as the Nile River or the Jordan River.

IN THE U.S., it seems that the preoccupation with "energy independence" is largely used to provide political cover for corporate interests that want to pursue building new nuclear and coal plants. Why is this?

IN MY view, "energy independence" is the rallying cry of those who wish to drill in ANWR (the Arctic National Wildlife Refuge) or other protected wilderness areas--or, as you say, favor the construction of more coal plants and nuclear reactors.

This reflects the continued power in official Washington of the "old energy" industries--Big Oil, King Coal and the nuclear power industry. Executives of these companies may know that in time, these forms of energy will be supplanted by "new energy" systems--solar, wind, geothermal and so on--but they are doing everything they can to put that day off far into the future.

They recognize that new capitalist interests are likely to form around the new energy systems, depriving them of the wealth and power they have long enjoyed, and so they are using their political clout in Washington to channel subsidies and tax breaks in their direction--using "energy independence" as their proclaimed excuse--while minimizing aid to the new energy systems.

WHAT'S AT stake in the U.S. drive to control Iraq? Even if they manage to use Iraq's government to force through oil laws that will secure long-term leases for U.S. corporations to exploit Iraq's oil fields, will this solve the problem, even on the terms set by the U.S. political and economic elite?

I DO not believe that the invasion of Iraq was principally motivated by a desire to plunder Iraq's oil or to shape the new oil law, as is claimed by some; rather, as I have written in my books and articles, I believe it was intended to maintain continued U.S. domination of the Persian Gulf as a whole, and thereby ensure that the United States--and the United States alone--would control the spigot of Persian Gulf oil.

As I see it, this objective was fully consistent with the Carter Doctrine of January 1980, which says that the U.S. will not allow any hostile power to gain control over the flow of Persian Gulf oil, and will use any means necessary, including military force, to prevent that from happening.

Saddam Hussein was perceived as such a threat by Presidents Bush I, Clinton and Bush II, and even though they may have disagreed on the means needed to eliminate the threat he posed, they all agreed on the necessity of doing so.

That said, the Bush administration now faces another challenge to U.S. domination in the Gulf: the Islamic regime in Iran. I fear that the White House believes that the Iranians pose every bit as much a threat to U.S. control of the Gulf as Saddam Hussein was thought to pose in 2003.

The fact that Tehran is supposedly seeking nuclear weapons is not the essence of the threat; it is just an added dimension of it. But because this dimension is gaining momentum, I worry that President Bush will order pre-emptive attacks on Iran's nuclear facilities before he leaves office, unless the Iranians unexpectedly agree to terminate their uranium enrichment activities.

COULD YOU explain what you've identified as a "momentous shift" in the motivations that shape U.S. foreign policy and Pentagon planning in today's world of shrinking energy supplies and growing energy demand?

MY BIGGEST worry is that the heightened U.S. focus on securing access to overseas sources of energy will lead to a global geopolitical struggle with China, not unlike the Cold War struggle between the U.S. and the USSR for clients and allies in what was then called the "Third World."

That earlier struggle led to an ever-growing inflow of arms and military advisers into contested areas of Africa, Asia and Latin America, and the eventual outbreak of a series of vicious and bloody "proxy wars," including those in Vietnam, Central America and Afghanistan.

As the U.S. and China compete with each other in the hunt for oil, the same deadly process is taking root today in some of the same troubled areas of the world--and could, I fear, produce the same tragic outcome.