INDIA'S RULING coalition came perilously close to losing a July 22 confidence motion in parliament as the result of a proposed U.S.-India nuclear treaty.

The crisis began as a result of a falling out between the ruling coalition, the Congress Party-led United Progressive Alliance (UPA) on the one hand, and its supporters in the Left Front, led by the Communist Party of India-Marxist (CPM), on the other.

At issue was a proposal known as the 123 Agreement. Under this U.S.-backed deal, India would be granted an exemption under the Nuclear Non-Proliferation Treaty (NPT) to allow it to openly procure nuclear technology, fuel, know-how and infrastructure from the countries in the Nuclear Suppliers Group to pursue its civilian energy needs. This would then bring the Indian civilian nuclear program under International Atomic Energy Agency (IAEA) regulations and safeguards.

For several months, the left has put up a vigorous parliamentary opposition to the 123 Agreement. While the UPA insisted that signing the 123 Agreement was necessary to address India's energy needs, the left correctly pointed out that nuclear technology cannot make more than a dent in India's energy requirements for the foreseeable future. They also argued, rightly again, that the deal is simply the latest step in a series of measures designed to create a U.S.-India strategic partnership. 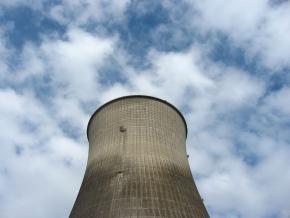 Following this, the left might have argued that such a strategic alliance will only destabilize the region further, increase geopolitical tensions in this already-troubled region of the world and likely trigger an arms race that none of the peoples in this region can afford. It could have used the debate on the nuclear deal to educate the public about working-class internationalism in the face of the Indian state's alliance with the U.S. Instead, however, the left argued that such a strategic alliance would "undermine India's sovereignty."

Ideologically, this was a weak populist argument that held little weight. It resonated neither with an urban population surrounded by an increasingly Americanized commercial and cultural landscape, nor with the rural masses who had been told of the potential benefits of nuclear energy reaching their homes.

Sections of the middle and upper classes allied with the UPA and sections of the right-wing opposition, the National Democratic Alliance (NDA), believe that such a strategic alliance is beneficial to the Indian state and to the military. Indeed, one gets the sense that in wider Indian society, the middle and upper classes seem to be virtually unanimous in their approval of further partnership-building measures with the U.S.

Strategically too, the argument backfired. Looking desperately for evidence that India's "sovereignty" was being undermined, the left tried, unconvincingly, to prove that the U.S. was dictating terms to a compliant Indian state.

THEIR ARGUMENT was not completely false. The 123 Agreement does give the U.S. a great deal of leverage over India's use of nuclear technology. For example, the agreement's Article 14.4 declares that "either party shall have the right to require the return by the other party of any nuclear material, equipment, non-nuclear material or components transferred under this agreement and any special fissionable material produced through their use."

Furthermore, if the U.S. were to decide to back out of the agreement, Article 14.5 provides for "the removal from the territory or from the control of the other party of any nuclear items mentioned in [Article 14.4]." The U.S. would only be required to undertake "consultations" with the Indian government before acting.

Nevertheless, given the confidence and eagerness expressed by Indian elites--both civilian and military--for this agreement, an argument about the undermining of Indian sovereignty was the weakest one the left could have chosen. Therefore, the left cited a different reason for bringing a confidence motion to the floor of the parliament: the lack of transparency and democracy in the negotiations process.

And so the left shifted the debate yet again. The CPM's leading ideologues, Prakash and Brinda Karat, took to the airwaves and sought to justify their opposition to the government in economic terms, citing rising inflation (currently at 11.89 percent) as an indicator of the government's poor performance. But this opportunistic move on the CPM's part muddied the waters still further. By confusing a debate over national sovereignty with a critique of the economy, the CPM only added to confusion over the cause the impending economic slowdown.

On the right, the NDA, led by the Hindu-fundamentalist Bharatiya Janatha Party (BJP), echoed the nationalist argument made by the left, but took it a step further: The deal, they said, compromises and hinders India's military nuclear technology, thus undermining India's nuclear deterrent vis-a-vis its regional rivals, Pakistan and China. They also adamantly insisted that they too were in favor of an alliance with the U.S., and that if they were in power, they wouldn't scrap the 123 Agreement, but simply renegotiate it.

The three-way split in Parliament played out like a badly written thriller. There was talk of the government falling to the combined opposition of the right-wing and left-wing parties.

AT THIS point, it became clear that the left, quite apart from its ideological arguments about sovereignty, also had an electoral motive for bringing this moment to its crisis. With an eye towards next year's general elections, the CPM leadership decided to turn the "nuclear deal issue" into a "national sovereignty issue," which in its turn morphed into the "inflation and economic crisis issue," and thus into a "referendum on the UPA government's performance."

The left's own conduct in the parliamentary debate was not very democratic either, considering their treatment of Somnath Chatterjee, the speaker of the house, who happens to also be a senior CPM leader and a veteran parliamentarian. Chatterjee was expelled by the party for not resigning from his speaker's post during the debate.

Meanwhile, the right-wing NDA tried to steal back some of the limelight by dramatically depositing bundles of cash onto a table on the floor of the parliament. Three of their members of parliament alleged that they had been approached by the leader of a UPA-allied party and offered tens of millions of rupees as bribes to change or withhold their vote. Their melodramatic moment played out live on the national news media even as the debate on the so-called "trust vote" took place.

As it turned out, needing 272 votes to win the day, the UPA barely squeaked by with a three-vote margin. A couple of days later, the UPA announced that it had broken with the left and would go ahead with further pro-business economic liberalization measures in the coming months. Among the proposals is the privatization of the management of state-run pension funds. This is a gauntlet thrown down to the left, daring it to respond with any real opposition.

The left's strategy, it seems, has backfired. Its ability to respond vigorously to the neoliberal policies of the UPA depends ultimately on its ability and willingness to mobilize the power of the Indian working class that has suffered the effects of these policies. Yet in terms of its goals, the CPM's pro-market, neoliberal policies differs little from those of the UPA.

For example, in the state of West Bengal, the CPM-controlled government has pushed economic development that involved seizing the land of residents of the villages of Nandigram and Singur. Eyewitness accounts reveal a horrific tale of murderous CPM cadre working with the police to intimidate the people of these villages into submission. Given this, it is no wonder that the left nationally has been unwilling to rally the masses against the UPA's neoliberal policies.

Finally, for all the parliamentary maneuvers, the debate over the expansion of nuclear power in India failed to seriously address an urgent need that should have been central to the discussion: the development of clean and safe renewable sources of energy.