The workers behind the Lobster

Leela Yellesetty reviews a novella that takes a much-needed look at the working day.

RECENTLY, THE Bennigan's chain of restaurants announced that it was liquidating and closing more than 200 of its corporate-owned establishments across the country.

Lost amid the business press' speculations about shifting markets and snide remarks about the chain's food quality and decor were the lives and stories of the hundreds of Bennigan's employees who are now out of a job. In fact, I could not track down a single news story that even mentioned how many workers were impacted.

For a welcome corrective to this oversight, everyone should read Stewart O'Nan's moving novella The Last Night at the Lobster. While the book focuses on the employees at a single Red Lobster restaurant over the course of one day, in many ways it speaks for a generation of workers who have grown up in the dark shadow of the American Dream.

The story centers around Manny DeLeon, longtime general manager at the New Britain, Conn., Red Lobster, perched along the highway next to a run-down shopping center. Despite Manny's conviction that business is solid, the "bean counters" in corporate disagree and have slated his location for closure. Almost all the employees will be out of a job, except for Manny and four other lucky ones of his choosing who will be transferred to a nearby Olive Garden.

Manny is determined to ensure that their last day of operation, four days before Christmas, is perfect. But nothing seems to go his way, from an untimely blizzard to ungrateful customers to a sullen if not near mutinous staff. Manny is the faultless manager to the end: honest, hardworking and fiercely loyal to his employees--the fact that any of them show up at all is solely on his account.

The heart of the book is Manny's personal crisis when confronted with the fact that all his efforts appear to be for naught, compounded by the loss of a romance, which is ending along with the Lobster.

What is so refreshing about this book is its honest and vivid portrayal of working life, so rarely found in contemporary fiction. Anyone who's worked in a restaurant or service work in general will relate to the daily degradations, but also the quiet pride and sense of ownership taken in a job well done, however thankless.

In one scene at the mall, Manny stops by a wet floor sign. "A connoisseur of mopping, Manny notices it's a slapdash job, wet-mopped but not rinsed so the dirt is drying in a switchbacked ribbon, yet out of professional respect he detours around it." 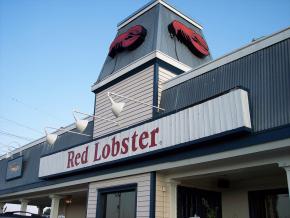 O'Nan beautifully captures the rhythm of the workplace and the way the impetus of daily routine ties together the fates of an otherwise diverse group of people. In a corporate culture where every action must be standardized and quantified, where employees are seen as expendable cogs, the workers struggle maintain their own sense of humanity and purpose.

Throughout the day, Manny tries to come to grips with the significance of the job for people who work there. When he catches himself telling a guest "Thanks for thinking of Red Lobster," he stops to reflect:

By now he says this as a reflex, but what does it mean? Who, besides the people who actually work here, thinks about Red Lobster? Maybe Eddie, who seems happy to have a place to come every day, or Kendra, who doesn't always, but Manny can't imagine Rich or Leron wasting much thought on what's just a job. Maybe Manny didn't think enough of it either, all the years he took for granted that the Lobster would be here...And now it's too late.

Last Night at the Lobster shines a necessary bright light on the long-smoldering questions raised by life in Corporate America and the people who work their way through it while never getting the attention or respect they deserve. I have no doubt that reading this book will make you want to fight like hell against the bean counters, and for the Manny DeLeons of this world.