Stealing from seniors so the rich can get richer

Gary Lapon looks at yet another way in which the fiscal cliff crisis was used as an excuse to take from the most vulnerable--and give to the super-wealthy.

CALL IT Robin Hood in reverse: The super-rich comes out of the so-called "fiscal cliff" debate with most, if not all, its tax breaks from the Bush years intact--before Washington gets down to the project of cutting benefits for the elderly and most vulnerable by "reforming" Social Security, Medicare and Medicaid.

Translation: Take from the poor to give to the rich.

Much of the focus in the fiscal cliff deal that passed Congress focused on the income tax increase for the richest Americans--those making $400,000 or more ($450,000 for couples filing jointly). Less noticed was the giveaway to the rich, worth nearly $400 billion over 10 years, by reversing what would have been a significant increase in the estate tax.

Without action by Congress, the estate tax was set to increase substantially as of January 1, back to the levels of the Clinton years. The exemption--that is, the amount that can be passed to heirs at death, or as gifts during one's life, without paying the estate tax--would have fallen from $5.12 million per person ($10.24 million for couples) to $1 million ($2 million for couples). The tax rate on the portion of estates exceeding the exemption would have risen from 35 percent to 55 percent. 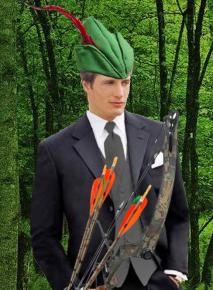 Instead, the exemption will stay where it is--and even grow with inflation. And the new tax rate amounts over the threshold will be just 40 percent. And unlike the Bush tax breaks, this massive cut in the estate tax from Clinton-era levels is permanent, with no expiration date.

Barack Obama was already willing to split the difference in the fiscal cliff negotiations. His starting-point proposal reduced the estate tax exemption to $3.5 million (double that for couples) and set the rate at 45 percent. So naturally, the "compromise" after negotiations with Republicans was even more generous to the rich.

The deal on the estate tax will cost $375 billion over the next 10 years, compared with letting it return to Clinton-era levels, according to the Atlantic. Tens of thousands of millionaires will be let off the hook each year: "Only 3,770 households will pay the estate tax next year if the exemption is set at $5 million, versus 47,170 if it's set at $1 million," the Atlantic reported.

Critics of the estate tax complain that it is a form of double taxation because it applies to assets that have already been taxed once as income. In fact, the biggest estates consist of large amounts of "unrealized" capital gains because the assets, such as stocks or investments, weren't sold before their holder died--so the estate tax is necessary to ensure this income is taxed at all.

While the top 1 percent collects just under one-fourth of all income in the U.S.--a huge gap to begin with--they hold more than a third of the wealth, amounting to over three times what the bottom 80 percent holds.

The amount of wealth in the hands of the super-rich is astounding. The richest 400 Americans alone were worth $1.7 trillion in 2012, an increase of 13 percent from the year before. And the wealth gap continues to grow: The top 1 percent has average wealth of over $16 million, 288 times that of the median household, more than double what it was half a century ago.

President Obama claimed the fiscal cliff deal as a victory--a compromise where everyone would pay their "fair share." Instead, the deal preserved important aspects of the Bush-era tax breaks for the super-rich, ensuring that inequality will go on.

IT'S NOT surprising that Congress--half of whom are millionaires, and all of whom rely on donations from millionaires and billionaires to run their campaigns--would cut a deal that protects cuts in the estate tax.

But what's particularly galling is that it comes at the same time as Washington gears up to make historic cuts in Social Security and Medicare, using the excuse that there just isn't enough money to fund these programs that are essential to keeping millions of elderly people above the poverty line.

From Paul Ryan's Medicare voucher scheme to George W. Bush's failed attempt to privatize Social Security, Republicans have long sought to cut these so-called "entitlement" programs. Until recently, they've failed due to overwhelming public support for these programs, which led Democrats to challenge the cuts.

But this time around, Obama and the Democrats are responsible for putting cuts to Social Security and Medicare on the table.

"Entitlement reform" has been a goal for Obama since he took office. In 2010, he appointed Alan Simpson and Erskine Bowles to chair the National Commission on Fiscal Responsibility and Reform, whose mission was to come up with a program for reducing the deficit. When he offered cuts to Social Security and Medicare as part of a "grand bargain" during the 2011 debt ceiling debate, Obama used the Simpson-Bowles commission as a framework.

Alan Simpson is a right-wing former Republican senator from Wyoming who has made it his mission to "stabilize"--read: cut--Social Security, a program he has referred to as "a milk cow with 310 million tits" whose beneficiaries "milk it to the last degree."

Bowles, for his part, is a Democrat who thinks Paul Ryan is "amazing" and who supports Ryan's budget-slashing proposals.

The recommendation of the Simpson-Bowles commission won support from Obama and leading members of Congress of both parties, as well as business leaders like JPMorgan Chase CEO Jamie Dimon. They include raising the retirement age to collect full Social Security benefits to 68 and later to 69, and indexing cost-of-living adjustments to the "chained Consumer Price Index (CPI)." The commission also proposed harsh cuts to Medicare, Medicaid and other social safety net spending.

The chained CPI understates inflation by accounting for substitutions people tend to make when prices rise. While it sounds like a technical matter, the result is that Social Security benefits will increase more slowly, leading to an overall cut in benefits of about $300 billion over 10 years.

In reality, the erosion in the standard of living for elderly Social Security beneficiaries is already happening. Seniors spend more on health care and housing, which have increased in cost in recent decades much faster than overall inflation. A recent study found that participants spent an average of "$38,688 [on health care] in the last five years of life. Even more shocking was the fact that a quarter of participants made an average contribution of $101,791, and the same number spent more than their total household assets on healthcare."

The U.S. Bureau of Labor Statistics (BLS) has an experimental CPI-E index that more accurately measures the spending habits of those age 62 and over. According to the BLS, "From December 1982 through December 2011, the all-items CPI-E rose at an annual average rate of 3.1 percent, compared with increases of 2.9 percent for both the CPI-U and CPI-W."

In other words, just to maintain retirees' current--and far from extravagant--standard of living, Social Security benefits should be increased, not cut.

Outrageously, the savings from switching to the chained CPI would amount to about $220 billion over the next 10 years, some $150 billion less than the cost of the estate tax giveaways to multimillionaires in the fiscal cliff deal.

WHILE THE mainstream media focus on stories of palace intrigue and the standoff between Democrats and Republicans in negotiations to resolve the latest manufactured crisis, the real impact of cuts to Social Security and Medicare is less visible.

As the 1 percent worries about how to avoid paying taxes on the fortunes they pass on to heirs, tens of millions of workers, nearly half of all retirees, will die broke.

For millions of people, especially the elderly, Social Security is all that stands between them and abject poverty. According to the Center on Budget and Policy Priorities, Social Security keeps some 21 million people, including 14 million elderly and 1 million children, out of official poverty. In 2012, average monthly Social Security benefits were just $1,230, enough to keep an individual out of official poverty--barely--but not enough to ensure seniors with expensive medical bills that they wouldn't go without.

Social Security also provides for over 10 million disabled workers and their dependents, and over 6 million survivors of workers who have passed away.

For tens of millions of people working today, Social Security will be their only source of income in retirement--"51 percent...has no private pension coverage [and] 34 percent...has no savings set aside specifically for retirement," according to the SSA.

This is especially true for Blacks and Latinos. As a result of institutionalized racism, Blacks and Latinos are much less likely to have pensions and assets that provide income in retirement. In 2010, the AARP reported that among the elderly, 22.2 percent of African Americans and 18.5 percent of Latinos relied on Social Security for 100 percent of their income, compared with just 12.4 percent of whites.

The cuts will also disproportionately affect women. Women live longer on average than men and make up over two-thirds of Social Security beneficiaries 85 years old and up--and since the cuts to benefits under the chained CPI grow over time, older beneficiaries will be hit hardest.

PERHAPS THE most neglected point in all the talk about "entitlement reform" as a necessary part of reducing the deficit is that Social Security doesn't actually contribute to the deficit. The Social Security program is funded through payroll taxes, and the fund for paying benefits is expected to remain solvent for another quarter century.

At that point, Social Security would only be able to pay about three-quarters of benefits if no changes are made. But the shortfall could be covered by raising the payroll tax cap--currently, the highest-income Americans pay payroll taxes only up to $106,800.

The drive to cut Social Security is not about fixing fiscal problems. It's about cutting spending on the backs of elderly and disabled workers, with Blacks, Latinos and women taking the hardest hits. And it's part of a broader assault on workers' living standards to restore U.S. capitalism's competitive advantage.

Those at the top of U.S. society are quite willing to sacrifice what remains of dignity and security in retirement for elderly workers to achieve their aims. Social Security, itself the product of the mass social upheaval of the 1930s, can only be defended by mass struggle again today.