Jews for Palestinian Right of Return

We salute the ASA boycott

The historic vote by the American Studies Association in December to honor the Palestinian call for an academic and cultural boycott of Israel has helped to bring discussion of Israeli apartheid into the mainstream of political debate in the U.S. for the first time in decades.

Furthermore, the ASA's bold action has inspired allies of the Palestinian struggle to stand with them in the face of the predictable backlash from defenders of Israeli apartheid. Here, we reprint a statement by Jews for Palestinian Right of Return in solidarity with the ASA boycott resolution.

WE SALUTE the American Studies Association's courageous endorsement of the Palestinian call for boycott, divestment, and sanctions (BDS) against Israeli academic institutions, which are leading accomplices in more than six decades of ethnic cleansing, colonization, war crimes and apartheid.

As Jews, we refuse to remain silent as a so-called "Jewish state," armed by the U.S. and its allies, commits these injustices with impunity in our name.

Applying the same standards to apartheid Israel, BDS demands nothing more--nor less--than freedom and justice throughout all of historic Palestine, by calling for:

-- An end to Israeli military occupation of the 1967 territories
-- Full equality for Palestinian citizens of Israel
-- Right of return for Palestinian refugees, as affirmed by UN resolution 194 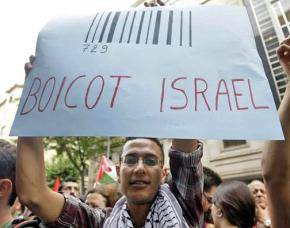 We call on Jews of conscience everywhere to honor our own proud heritage of resistance to oppression and injustice by standing with the Palestinian people, BDS, the ASA and the growing international movement in support of these fundamental human rights.

(List in formation; affiliations listed for identification only. Add your name here.)