Is Oscar for white men only?

Given past history, it may come as no surprise that the Oscar nominations snubbed Black filmmakers, but that doesn't mean we should accept it, writes Laura Durkay.

THE NOMINATIONS for the 87th annual Academy Awards were announced on January 15. There were some bright spots in the proceedings--particularly the nomination of Laura Poitras' superb documentary about Edward Snowden called CITIZENFOUR. But the biggest news was the near-total shutout of Ava DuVernay's Selma from the major awards.

Selma was nominated for Best Picture--although if the Best Picture category hadn't recently been expanded to include up to 10 slots, the film might very well have been snubbed there too. And Selma also received a nomination for Best Original Song.

But there was no Best Director nomination for DuVernay--who would have been the first woman of color to receive that honor. (In the Academy's entire history, only four female directors, all white, have been nominated. Only one, Kathryn Bigelow, has won--for making a film about male American soldiers occupying Iraq.)

Ava DuVernay's career has been an inspiration to many female writer-directors and filmmakers of color in recent years. After making two small, quiet, beautiful films starring Black women, I Will Follow and Middle of Nowhere (for which she won the Directing Award at the 2012 Sundance Film Festival), DuVernay was at the helm of a $20 million studio film about a well-known historical figure, with the backing of Oprah Winfrey and serious awards potential. 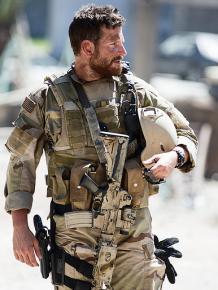 While $20 million is still quite a modest budget in Hollywood terms, especially for a period piece with a large cast, extras, action, weapons and stunts, it was 100 times the budget of Middle of Nowhere. Ava DuVernay directing Selma seemed to be proof that the dream of many fledgling directors--of transitioning from shoestring indies to multimillion-dollar studio films--is not just a dream for white men. So for many of us, DuVernay's Best Director snub feels particularly personal.

DuVernay's director of photography Bradford Young lost out as well. If he had been nominated, he would have been the first Black nominee in the Best Cinematography category ever.

Also passed over was David Oyelowo, for his extraordinary performance as Martin Luther King. No Best Actor nomination for Oyelowo leaves the acting categories completely white--and overall, makes these the whitest Oscar nominations in 19 years.

Others put the blame on Paramount, the film's releasing studio. During awards season, studios spend millions of dollars promoting the films they consider awards-worthy, buying ad space in film industry publications, organizing private screenings and mailing screener DVDs to voters for the Academy Awards and the awards given out by various film industry unions--the Producers Guild of America (PGA), Directors Guild of America (DGA) and Screen Actors Guild (SAG).

But while Paramount sent screeners to Oscar voters, it skipped its mailings to PGA, DGA and SAG voters, meaning the film was mostly shut out of these awards. Paramount claimed the film wasn't finished in time, which may have been true--but they were willing to screen an unfinished cut at AFI (American Film Institute) Fest in November.

While the screener snafu probably did hurt Selma's chances, the fact is that a film about Black people confronting white racial terror, directed by a Black woman, was always going to face an uphill battle when most of the Academy's voters are old white men. Specifically: 94 percent white, 73 percent men, with a median age of 63 in 2012. This is a group of people that one statistician described as having "the demographics of a New England all-men's bridge club." Or the demographics of Clint Eastwood.

It's not surprising, then, that all of the Best Picture nominees are stories about men, and seven out of eight of them are stories about white men. Nor is it surprising that not a single female director, screenwriter or cinematographer is nominated--this is par for the course in many an Oscar season. But that doesn't mean we have to accept it.

Each year, it can be easy to dismiss the Oscars as an irrelevant sideshow in which old white Hollywood dudes (and a few token ladies) give each other awards in between awkward musical numbers. The Academy has certainly done little to dispel this image.

One might be tempted to compare the Academy Awards to a U.S. presidential election. We know that only the palest reflection of the full complexity of the landscape--political or cultural--is going to be discussed. We know the voters will skew old, conservative and white.

We know money runs the show, and at the end of the day, the choices on offer will be limited and the spectacle along the way may be ridiculous. But at the same time, millions of people are paying attention to this particular facet of American culture, and its content is not completely without meaning.

Last year 43 million people watched the Oscars. Among them, undoubtedly, were some Black and Brown kids who dream of becoming actors, and some girls who want to grow up to be screenwriters and directors. What message is the Academy sending them? For that matter, what message does it send to the women and people of color currently working in the film industry, other than that our stories and our work behind the camera are not as worthy of recognition?