The use of opioid drugs is on the rise, but the response of the political establishment hasn't been to treat the problem, but to scapegoat the victims, writes Nicole Colson.

THE PHOTO was shocking, not only because of what it showed--a woman and a man, incapacitated in the front seat of a car because a drug overdose, as a small child looks on from the back--but because of the callous act of publishing it.

Police in East Liverpool, Ohio, shared the picture on the town's Facebook page, claiming that they wanted to draw attention to the opioid drug epidemic ravaging towns in Ohio and beyond.

But their real purpose wasn't concern for the victims of addiction, but stigmatizing and scapegoating drug users.

The cops arrested the man, James Lee Acord, and the woman, Rhonda Pasek. Acord pleaded guilty to several charges and was sentenced to a year in jail. Pasek pleaded no contest and received half a year.

The child in the photo was Pasek's 4-year-old grandson, whom she had been granted custody of just six weeks before because his own parents were unable to care for him. Pasek's sister told NBC News that Pasek had struggled with addiction for years, but was doing her best to provide for her grandson. "I don't condone what she did, but she is not a bad person," her sister said. "She loves that boy." 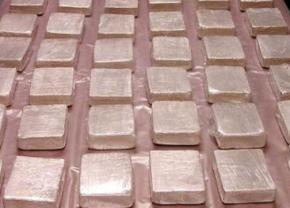 That was a stark contrast to the attitude of police. Though it didn't feature in many mainstream media accounts, an off-duty officer who stopped the car later wrote that he noticed Pasek was unconscious and her face "was turning blue."

Yet police on the scene chose to document Pasek and Acord in their most vulnerable of moments, rather than try to help them immediately. The department then cold-heartedly smeared the two in public, knowing full well the public outcry the photo would provoke.

THE THOUGHT of any child watching as adults use drugs or overdose is horrifying. Last week, another video made headlines--of a young mother collapsing from a fentanyl overdose in the aisle of a Family Dollar store in Lawrence, Massachusetts, as her distraught toddler screams next to her and pulls on her arm.

The video is awful to watch--in particular because no one attempts to help the mother, Mandy McGowen, or comfort the toddler.

The video was subsequently posted on the website of the Lawrence Eagle-Tribune and released to the public by the Lawrence police.

The drastic increase in the opioid drug epidemic, as the New York Times pointed out, has not only meant that more drug overdoses and deaths are occurring in public--more than four people a day now die in Massachusetts alone from drug overdoses--but that children are increasingly on the scene in such cases.

The response has been a full-blown moral panic--shaming drug users and calling for them to be jailed and their kids taken away--that has all the hallmarks of past anti-drug panics, including the hysteria around crack cocaine use in the late 1980s.

Then, as now, it was poor and working-class people who were vilified. In that case, African Americans were singled out, and especially African American women, who were accused of giving birth to a generation of permanently disabled "crack babies"--a claim that has been thoroughly debunked.

Thankfully, Mandy McGowen survived her overdose in Lawrence, but her daughter has been taken from her by the state, and she has been charged with child endangerment. The video of her is being used to victimize drug users, and women drug users in particular.

Such moralizing does nothing to help those suffering from drug abuse get clean. It does nothing to make drug use safer for those who are going to engage in it. And it does less than nothing to address the root causes why people seek out drugs to begin with. (The Comprehensive Addiction and Recovery Act (CARA) passed by Congress in July and signed into law by Obama would theoretically expand some treatment options--but doesn't actually fund them.)

A NEW York Times report about an increase in parents abusing opioids presents a devastating picture of how hard it is for people like McGowen to find help under the current system.

Following the release of the video of her overdose, a volunteer group that helps people with drug problems reached out to McGowen--and found that she not only had lost her daughter, but was being evicted and no longer had electricity or water service. "She couldn't even flush the toilet," a volunteer told the Times.

When the volunteer group tried to find a bed for McGowan in a detox center and treatment facility, it was initially unable to, because so few public and subsidized treatment options exist, and private ones typically are exorbitantly priced. The group helped McGowen check into a hospital for treatment, but she was discharged the next day because she only had New Hampshire Medicaid for insurance--which the hospital did not accept.

With outcomes like these, is it any wonder that drug users don't seek help?

Appearing on CNN to defend the release of the photos of Pasek, East Liverpool Service Safety Director Brian Allen called on the city's "non-drug-using public to actually get involved and help their neighbor."

But if that's what officials wanted to happen, then the release of photos demonizing Pasek and drug users in general makes it less likely that others will come forward to seek help or that the public will demand that the state provide resources drug users need to get real treatment.

Across the U.S., opioid drug overdoses and deaths from those overdoses--not only from illegal streets drugs like heroin, but also prescription opioid pain medications like Oxycontin, whether obtained legally or illegally--is causing what public health officials call a nearly unprecedented public health crisis.

Overdose deaths from opioids have been on the rise since the mid-1990s, when authorities began cracking down on what was seen as widespread abuse of prescription painkillers. Rather than stop drug abuse, however, tightening restrictions simply led users to turn to heroin and other street drugs. As a result, between 2007 and 2013, the number of heroin users in the U.S. nearly doubled.

Today, deaths from drug overdose are at record highs. A January report from the U.S. Centers for Disease Control and Prevention (CDC) showed that 47,055 people died from drug overdoses in 2014, and opioids were involved in 60 percent of those deaths.

According to the CDC, heroin overdose deaths more than tripled since 2010, and overdose deaths from synthetic opioids like fentanyl nearly doubled from 2013 to 2014. The agency released a striking comparison: Overdose deaths across the U.S. are now at levels similar to deaths at the height of the HIV epidemic.

The crisis shows no signs of slowing. In Illinois' Cook County, which includes Chicago, deaths from heroin and fentanyl overdoses were more than double the number of traffic fatalities in 2015.

There has been a further spike more recently in overdose cases--a result, officials say, of not only a continued increase in opioid drug use, but the cutting of heroin with cheaper drugs like fentanyl and carfentanil, a drug 10,000 times stronger than morphine that's sometimes used as an elephant tranquilizer.

WHILE OPIOID use has risen across the country, it appears to be especially concentrated in portions of the Rust Belt and Appalachia--including Ohio, Indiana and Kentucky.

The crisis may be worse in these communities, say researchers, because of the higher rates of physical injuries among blue-collar workers who now seek pain relief. But another factor is the despair of living life under the poverty line or just above it when these communities were decimated since the 1980s and '90s by job losses. "Death rates from overdoses in rural areas now outpace the rate in large metropolitan areas," the New York Times noted in January.

CNN reported that Ohio Health Department figures show 1,424 people died of heroin overdoses last year, up from just 87 in 2003--a 1,700 percent increase in 12 years. Deaths from fentanyl overdoses jumped from just four in 2007 to 1,155 last year. In a single six-day stretch in late August, there were 174 overdoses in Cincinnati.

Increased used of anti-anxiety medications, in combination with opioids, have helped create a frightening spike in overdoses for this demographic group--which has left "a loose network of therapists, nurses, pastors and drug counselors struggling to understand a generation of women overwhelmed by modern life and undone by modern medicine," the Post reported.

In other words, whether prescription or illicit opioids are involved, this latest drug epidemic reflects a deep social crisis in a society where the working majority scramble to make ends meet--and more and more don't succeed.

FOR EVERY crisis, however, there's someone ready and willing to make a buck off it.

One underreported aspect of the new drug crisis is how the various pharmaceutical companies that manufacture Narcan (naloxone), the main drug used to treat emergency opioid overdose, have hiked their prices drastically over the past 10 years.

"We're not talking about a limited commodity," Dan Bigg, executive director of the Chicago Recovery Alliance, told Business Insider. "Naloxone is a medicine that is almost as cheap as sterile sodium chloride--salt water."

This summer, Democratic Sen. Claire McCaskill of Missouri and Republican Sen. Susan Collins of Maine sent a letter to five drug companies that produce naloxone, asking for an explanation for the price hike. "Maybe there's a great reason for the price increases," McCaskill wrote, "but given the heart-breaking gravity of this epidemic and the need for this drug, I think we have to demand some answers."

One answer is Congress itself--and the cushy relationship it has with drug company lobbyists.

According to an Associated Press report, opioid drug manufacturers spent more than $880 million nationwide on lobbying and campaign contributions from 2006 through 2015, "more than eight times what the formidable gun lobby recorded for similar activities during that same period," AP wrote.

What did Big Pharma want in return from Congress? For lawmakers to kill or weaken measures aimed at stemming the tide of prescription opioids. Thus, CARA--the bill that became law in July--not only advocates the increased use of buprenorphine, methadone and other forms of opioid medication-assisted treatment (which come with their own risk of dependency), but it also advocates expanded access to naloxone.

That might sound beneficial, but the unstated truth is that it also translates into more profits for drug companies.

What kind of company decides that it's okay to exploit a moment like this? What kind of vicious people think taking such a photo to spread around the internet is more important than giving aid and comfort to drug users clearly in the throes of a deep crisis?

A society that wants to halt drug addiction must address the root causes--the complex web of social conditions that include poverty, despair, boredom, pain (both physical and mental) and alienation.

We should treat people struggling with addiction with more compassion, not shame or ridicule. We should have more resources and treatment available for drug users and their families. We should have fewer lobbyists and drug company vultures who can legally profit off of the misery of millions.

Until we do, the drug crisis will only continue.