The senseless cause of crisis under capitalism

Tyler Zimmer explains how the capitalist system runs into trouble when it produces "too much"--even though there's obviously "not enough" for people around the world.

IN 2008, in the midst of the worst economic crisis since the Great Depression, the Marxist geographer David Harvey made an astute observation about the irrationality of capitalism.

"Right now," he said, "there are currently masses of productive capacity lying unused, side by side with masses of unemployed labor, in a world that is full of unmet human needs. How stupid is that?"

Harvey's observation might as well have been made today, because little has changed.

In the U.S., there are still far more people who want work than there are jobs; around 25 percent of U.S. industrial capacity is unused; and, of course, there are millions of people whose basic needs--for medical care, food, housing and more--continue to go unmet. These same problems are even more acute in other parts of the world.

Why is this the case? We're told that whatever other flaws it may have, capitalism is at least the most efficient, most innovative and most productive economic system. What explains this massive mismatch between what we need and what capitalism does? 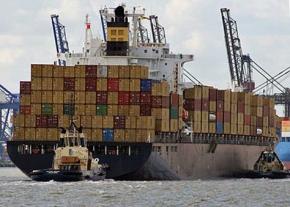 One key reason for the mismatch is that capitalism is a system whose fundamental goal is profit, not human need. Capitalists make decisions about where and how to use economic resources on the basis of what maximizes their wealth.

But that's only part of the story. In addition to being based solely on profit, capitalism is also an unplanned system. The car's running, so to speak, but there's nobody at the wheel.

MAJOR DECISIONS about investment, production, distribution, employment, etc., are made by individual capitalist firms in an uncoordinated and atomized fashion. Each firm competes with others in the marketplace. And accordingly, each firm considers only its own short-run profitability.

When capitalists make decisions, they do so only in terms of how their actions affect their own bottom line. They don't--indeed, as we'll see, they can't--take into consideration whether human needs are being met. In fact, they rarely even take account of the health the capitalist system as a whole when they make decisions.

Capitalists look out for their own businesses. General Motors, after all, doesn't make decisions based on what's good for Toyota's or Honda's bottom line. On the contrary, GM looks for ways to beat these competitors and capture their market share--and, therefore, their profits.

Neither does GM attend to society's transportation needs as a whole--as a GM CEO once put it, their business is making money. Selling as many cars as possible is only a means to that end.

This has important consequences at the level of the capitalist system that Karl Marx noticed as early as the 1840s, when capitalism was still in its infancy.

One consequence is that there is tremendous pressure on each capitalist to keep up with rivals and invest in expansion, new technology, etc.

Imagine that you ran Toyota, and you learn that GM is expanding production of SUVs and investing in new technology to cut unit costs across its product line. You have to do something similar to stay competitive, or GM will take away your market share, and eventually push you out of business.

So you direct Toyota expand production of SUVs, invest in new equipment and cut unit costs. But not only is GM doing this--so, too, is Nissan and Ford and DaimlerChrysler and more. They're in the same boat and also have to keep up with the two of you.

At some point, however, capitalists across the whole industry are going to have a serious problem. At some point, all of the uncoordinated competition among auto manufacturers will lead them to collectively accumulate more equipment, plant and raw materials--more "means of production," to use Marxist terminology--than they can use profitably.

Simply put, the race for maximum profit will eventually lead all capitalists in a given industry into a crisis of overcapacity and reduced profitability--the basic elements of what Marx termed a crisis of "overproduction."

And once capitalists are stuck with more means of production than they can use profitably, economic mayhem ensues: investment grinds to a halt, workers get laid off en masse, businesses fail, factories shut down and communities suffer.

THIS PROBLEM is endemic to capitalism. Consider a few recent examples.

Hanjin, a major South Korean container shipping conglomerate, recently declared bankruptcy. As a result, more than 80 Hanjin ships carrying more than $14 billion worth of goods have been "stranded" outside major ports--prevented from docking and unloading--because port owners fear that the bankrupt Hanjin won't be able to pay them.

Commentators are now saying the global container shipping industry is in serious trouble. How did this happen?

Not too long ago, shipping companies went on a massive shipbuilding spree to try to capitalize on rapid economic growth in China. Each company, pursuing only its individual interest, accumulated massive amounts of capacity in order to snatch as large a share of the profits to be made as possible.

But eventually, capitalists in the industry accumulated more ships--not to mention the means of making ships--than they could use profitably, causing their profit margins to decline across the board.

Hanjin was the first to go down in flames, but more bankruptcies and business failures are sure to follow. As industry analysts are pointing out, "the only way to fix the oversupply of ships is with an unprecedented culling of the fleet that would scrap older vessels. But that could take years," Salon reported.

This, of course, is exactly the problem of overproduction that Marx identified in the 1840s.

This way of thinking, however, is foreign to capitalism. As far as the system is concerned, the only problem is reduced profitability--and the solution is to restore it by destroying "excess" capacity.

Consider another example: The financial meltdown that began in 2007 and nearly brought down the whole global economy had a number of causes. One of them was overproduction in the housing sector. Scores of investors had poured capital into building new homes because, for a time, it was very profitable to do so.

So there was a massive construction boom--high-rise condos went up in central cities, while entire subdivisions of single-family homes sprang up on the outskirts of those same cities.

But at some point, the uncoordinated individual race for profit by competing investors led to a situation where there were more homes produced than there were people who could afford to buy them at a price that would yield a decent profit to the sellers. And so this problem of "overproduction" helped plunge the world economy into crisis.

Like with shipping, overproduction didn't mean that too many homes were produced--after all, there are millions of people in the U.S. alone who desperately need but lack adequate housing.

CRISES OF overproduction occur because capitalism regularly produces more goods than can be sold at a profit--and profit, not human need, is what makes the wheels of the system turn.

Karl Marx and Frederick Engels, writing their Communist Manifesto in 1847, found this astounding. Comparing capitalist crises to those in early forms of society, such as feudalism, they pointed out how absurd the situation was:

In [capitalist] crises, there breaks out an epidemic that, in all earlier epochs, would have seemed an absurdity--the epidemic of overproduction. Society suddenly finds itself put back into a state of momentary barbarism; it appears as if a famine, a universal war of devastation, had cut off the supply of every means of subsistence; industry and commerce seem to be destroyed; and why? Because there is too much civilization, too much means of subsistence, too much industry, too much commerce.

Economic crises in earlier societies would most likely be caused by scarcity--people suffered because there wasn't enough. But under capitalism, the system regularly goes into a tailspin because there's "too much"--too much, that is, from the narrow point of view of capitalist profitability, not from the perspective of human need.

What can be done about crises of overproduction? Mostly, the capitalist solution to overproduction is to destroy "excess" capacity. The agribusinesses that control food production regularly destroy some portion of crops if prices--and therefore profits--dip too low because of "oversupply."

What do we conclude from this? That capitalism, since it's driven by profit and profit alone, would rather destroy useful goods to protect profits than sacrifice profits and allow people to use the goods to meet their needs.

These problems aren't accidents and neither are they the result of insufficient regulation or bad public policy. Crises of overproduction are built into the DNA of the profit system.

The solution, therefore, is to change the system--to build a genuinely democratic, planned alternative to the chaos, irrationality and environmental destruction of global capitalism.