How the global 1 Percent rips off the world

"THE FEW at the top get richer and richer and the millions at the bottom are trapped in poverty wages."

That's the verdict from Oxfam Executive Director Winnie Byanyima based on a new report from the humanitarian group, which found that a staggering 82 percent of all wealth generated in 2017 found its way into the pockets of the richest 1 Percent around the globe.

The report, titled "Reward work, not wealth," offers a number of jaw-dropping statistics demonstrating that global inequality, already at staggering levels, is somehow getting even worse.

While the 1 Percent raked in four out of every five dollars in new wealth in 2017, the bottom 50 percent of the world's population, 3.7 billion people, got zero--absolutely none--of that new wealth.

Globally, the richest 42 people now own the same combined wealth as the poorest 3.7 billion.

Last year saw the biggest increase in billionaires in history: one more added every two days. Billionaire wealth is increasing six times faster than the wages of ordinary people. To put that in perspective, the total pay that a garment worker in Bangladesh earns in a lifetime of work amounts to just four days' worth of compensation for the CEO of one of the top five global fashion brands. 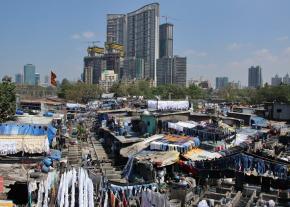 This incredible polarization is true not only of developing countries, but also advanced industrial economies. In the U.S., the three richest people now possess as much wealth as the bottom 50 percent of the population.

Amazon's Jeff Bezos--now the richest person on the planet--made $6.1 billion during just five trading days in January. That's as much in five days as roughly 3,000 U.S. workers earn on average during their collective lifetimes.

Overall, the world's top 1 Percent saw their wealth increase by $762 billion last year--enough to entirely eradicate global poverty seven times over, according to the United Nations. A global tax of just 1.5 percent on the wealth of just the billionaires could pay for every child on the planet to go to school.

BEHIND EVERY statistic is a vast well of suffering, exploitation and oppression inflicted on ordinary workers and the poor.

Consider the words of Lan, a Vietnamese garment worker quoted in the Oxfam report:

When I got pregnant, they let me work in the warehouse. There were many boxes full of shoes, and my job was to put the stamp on. Those shoes would fit my son perfectly, they are very nice. I'd like my son to have shoes like these, but he can't. I think he'd want them, and I feel sorry for him. The shoes are very pretty. You know that one pair of shoes that we make is valued more than our whole month's salary.

Stories like these show "how our economies are rewarding wealth rather than the hard work of millions of people," Byanyima told Reuters Television.

Crucially important in the context of the current #MeToo moment, the Oxfam report points out how poor and working women are suffering disproportionately, not only receiving substandard wages and facing abuse and harassment on the job, but contributing a massive amount--$10 trillion annually--of unpaid labor to the global economy. As the report states:

All over the world, our economy of the 1 Percent is built on the backs of low-paid workers, often women, who are paid poverty wages and denied basic rights.

The oppression of women is bound up with how they are exploited. "Dangerous, poorly paid work for the many is supporting extreme wealth for the few," Oxfam notes. "Women are in the worst work, and almost all the super-rich are men."

AS MUCH as the media pretend otherwise, these statistics are not unrelated facts--they are the consequences of the "normal functioning" of capitalism.

The wealth of the 1 Percent exists alongside the poverty of the many--a result of working and poor people across the globe producing massive wealth while being paid a pittance.

And countering the idea that the rich are wealthy because they work harder, invest and take risks in ways that others don't, the reality is that two-thirds of billionaire wealth is "the product of inheritance, monopoly and cronyism."

In particular, Byanyima blames "tax dodging" as a major cause of global inequality. The Oxfam report urges world leaders to clamp down on tax havens and plough money into education, health care and jobs for young people. The super-rich are hiding at least $7.6 trillion from tax authorities, according to the report.

Byanyima's comments were aimed in part at the Trump administration, which is still riding high following the passage of tax cuts that will fuel another massive transfer of wealth from the poor and working class to the rich.

As the New York Times recently noted, while some companies like Walmart and Apple are doling out a small fraction of their estimated tax savings in the form of some limited bonuses or wage increases to low-wage workers, such moves are largely window dressing designed to obscure the overall impact of the legislation--to stuff more cash into the bank accounts of the already obscenely rich.

Once again, take Amazon's Bezos. He received glowing media coverage for his January announcement that he is donating $33 million in scholarships for DREAMers--with, presumably, a significant tax benefit.

But Bezos could give 100 times that amount and still have nearly half of the $6.1 billion he made in those five trading days in January left over.

IF THERE'S a hopeful sign to be found in the dismal picture painted by the Oxfam report, it's the deep desire among the masses of ordinary people around the planet for a different kind of world.

As part of its report, Oxfam surveyed 70,000 people in 10 countries (which together account for 25 percent of the global population). Researchers found that more than three-quarters agree that the gap between rich and poor in their country is too large, and most of them think this needs to be addressed with action.

That need is on display not only in some of the most economically disadvantaged countries, but the richest ones as well.

In a recent unofficial visit to the U.S., Leilani Farha, the United Nations special rapporteur on adequate housing, witnessed deplorable living conditions in a homeless encampment in San Francisco. "The situation is unacceptable in light of the wealth of the country," she said as she witnessed a man named Eric Hoch forced to cook on the street in a city where the median home value is $1.3 million.

According to the Guardian's report, Farha asked Hoch if he knew he had an internationally recognized right to housing--and how he would react if the government offered him somewhere to live with no strings attached.

"That'd probably be something I'd hop, skip and jump to," Hoch told her.

Farha responded: "That's something your government is supposed to do. I hate to tell you, you're being ripped off."

Once again, both the desperate conditions Hoch faces and the rip-off he's enduring at the hands of those who are supposed to represent him aren't an accident. As Oxfam's Byanyima pointed out, the "billionaire boom is not a sign of a thriving economy but a symptom of a failing economic system."

Columbia University Professor Jeffrey Sachs is quoted by Oxfam as saying: "The report will be sure to generate attention and controversy--as this topic should. Sometimes the super-rich call out Oxfam and others for 'stoking class warfare,' but the truth is that in many societies, including my own, the United States, many of the superrich have in effect declared war on the poor."

But there's been a one-sided class war--of the rich against the rest of us--for a long time, and Sachs himself was one of its leading warriors in the past.

The Oxfam report suggests initiatives to improve this incredibly polarized picture. Among them are limiting dividends and payouts to corporate shareholders and executives with the aim of ensuring that workers for their companies have a living wage; closing the wage gap between working class and poor men and women; and cracking down on tax havens and tax dodging.

"If that means less for the already wealthy, then that is a price that we--and they--should be willing to pay," said Oxfam director Mark Goldring.

Depending on the conscience and morality of billionaires to pay their fair share hasn't ever worked. They will have to be forced, through the struggles of ordinary workers and the poor in every country around the globe, to give back even a fraction of the wealth that we create.