The blackmail behind their tax cut claims

Australian socialist Mick Armstrong identifies the perfectly legal Mafia tactic used by corporations to get their way, in an article for the newspaper Red Flag.

ONE OF the main arguments put forward in favor of massive tax cuts for big business--including billions for the banks whose nefarious practices are being exposed by the royal commission--is that if they aren't given a tax cut, they will refuse to invest or will take their money offshore.

This is presented as completely unremarkable. Even those who oppose the tax cuts argue the case by pointing out that in other countries, such as the U.S., tax cuts have not resulted in increased investment--instead, companies have taken the windfall as extra profit.

This is true, but it ignores a broader point. When companies say they will not invest unless their demands for lower taxes are met, they are using their vast economic clout to blackmail society. They are saying that if their every wish is not acceded to, they will use their economic power to impose unemployment and misery on the population.

"Business is business," their apologists would say. You can't expect people not to act in their economic interests. 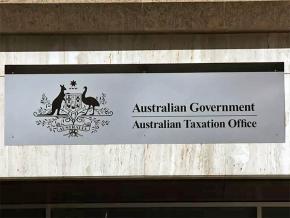 Yet if workers collectively use their economic power (i.e., go on strike) to improve their wages or conditions, the cry invariably goes up from media commentators, politicians and other worthies that the workers are subverting the democratic foundations of society.

Who's running the country--the government or the unions? scream the headlines.

Draconian laws, some of the toughest in the advanced capitalist world, outlaw the basic right of workers to withdraw their labor, even when they face the most appalling working conditions, are compelled to work excessive overtime, or aren't paid the legal minimum rate for the job.

Unions are forced to pay millions of dollars in fines for the briefest of strikes.

A classic recent case concerned railworkers in New South Wales. Despite going through all tortuous procedures to have a legal strike, they still had their strike banned by the courts. Why? Because it would affect the economy!

Yet when bosses use their economic power to pressure governments to get their way--threaten to withdraw their investments, send their money overseas, stage a run on the banks, or shut down a factory, a mine or a building site--it is all legal. They aren't denounced in the press for subverting democracy.

It's just held up as standard business practice--the supposed laws of the market at work. Even worse, we are told that we must submit to the capitalists' economic blackmail, that the mass of people have no right to have a democratic say over "business decisions."

We see this clearly with company tax rates. The corporate sector is screaming to have their already ridiculously low tax rates slashed to the bone.

They are threatening to unleash their economic power with devastating consequences--job cuts, withdrawal of investment, money flooding overseas, higher interest rates--if they don't get their way.

What is the response of the conservative government of Prime Minister Malcolm Turnbull? To cater to the bosses' every whim. No outcry here about business subverting democracy.

Imagine if the shoe were on the other foot, and nurses or public transport workers said that they were sick of paying high taxes when the bosses are getting massive salaries, and threatened to use their economic power by striking until their tax rates were slashed.

BUT THE campaign to cut the corporate tax rate is only one small part of how the top international companies and the billionaire class subvert the democratic process. They have a horde of highly paid lawyers to find them every conceivable loophole (of which there are deliberately many) in the tax laws.

They engage in profit shifting and hide their money in trust funds and in overseas tax havens. According to former Labor Party treasurer Wayne Swan:

The OECD conservatively estimates that base erosion and profit shifting leads to revenue losses worldwide of between $100 billion and $240 billion annually, which robs governments of the revenue required to provide public goods that support strong and durable growth.

Even when banks and insurance companies like AMP engage in illegal and unscrupulous activities, they get away with little more than a token slap over the wrist. Most of the time, governments and the supposed corporate regulators turn a blind eye.

There is no special police force, such as the Australian Building and Construction Commission, with its draconian powers to terrorize building workers, unleashed on the big end of town.

Fines are derisory, and the top executives walk away with multimillion-dollar bonuses.

No such leniency is given by Centrelink to single parents or the unemployed for the trifling overpayments they very occasionally receive. They are tracked down and relentlessly hounded.

So much for democracy and equality before the law.