The Venezuelan people must decide, not Trump

Right-wing opposition leader Juan Guaidó has declared himself interim president of Venezuela against sitting President Nicolás Maduro, and he was immediately recognized by the U.S. government and a range of authoritarian leaders in Latin America. Here, the International Socialist Organization states its opposition to this new assault against the sovereignty of the Venezuelan people.

AS INTERNATIONALISTS and anti-imperialists, we look to the people of Venezuela to defend their own sovereignty. We recognize that the greatest threat to peace, democracy and prosperity in Latin America has always been the U.S. state and U.S. big business.

President Donald Trump must have choked on his words when he claimed to stand up for “freedom and the rule of law.” This from a man who has imprisoned thousands of Central American children in cages. We hold him and his administration responsible for the deaths of 8-year-old Felipe Gomez Alonzo and 7-year-old Jakelin Caal.

And Vice President Mike Pence’s accusation that “Nicolas Maduro is a dictator with no legitimate claim to power” rings hollow from a man who, along with Trump, won office after losing the popular vote, and who regularly defends the reactionary monarchy in Saudi Arabia. 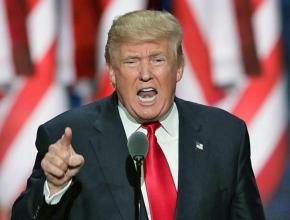 We unconditionally oppose all U.S. aggression against the people of Venezuela and demand that the Trump administration refrain from any provocative military actions. Unfortunately, there is broad bipartisan consensus in Washington, D.C., to target the people of Venezuela. Let us not forget that almost two years ago to the day, President Barack Obama declared Venezuela an “unusual and extraordinary threat.”

These external threats have only intensified the economic and political crisis ravaging Venezuela. As an article in Socialist Worker reported last month: “The UN estimated in 2017 that over 1.4 million Venezuelans had migrated. The IOM’s statistics are much higher. By early 2018, it counted more than 2.3 million migrants, a 900% hike from 2015. This amounts to around 7 percent of Venezuela’s population.”

The Venezuelan right has sought to weaponize this crisis for its own purposes. Not only do they wish to force President Nicolas Maduro out of power, but they aim to tear up all social gains that the people have made over the last 20 years.

Let us speak clearly. Self-declared “interim President” Juan Guaidó is playing the role of U.S. puppet. And when Secretary of State Mike Pompeo declares that “All OAS member states must align themselves” with Guaidó, it is clear who is calling the shots.

We note that the neo-fascist Brazilian President Jair Bolsonaro rushed to embrace Guaidó, while IMF representative and Argentine President Mauricio Macri extended his recognition, as did Honduran president Juan Orlando Hernández, who owes his own power to a U.S.-backed military coup.

WE HAVE always defended the right of the people of Venezuela to elect their own leaders. We opposed the attempted coup against the democratically elected President Hugo Chávez in 2002, and we have supported the important anti-poverty reforms his government made over the years.

As the same time, we have clearly stated our opposition to the bureaucratic definition of socialism advocated by former President Chávez, and we pointed to the dangerous bureaucratic and anti-democratic path followed by President Maduro and his regime. So while we stand against U.S. intervention and interference, we also recognize the social crisis on the ground facing millions of ordinary Venezuelans.

We note that Maduro’s government has lost support, as is obvious by the low turnout of the last elections and the wide array of people who attended the January 23 protest against him. Many people in Venezuela are fed up with the situation and see no clear solutions coming from the government. But their opposition to Maduro does not mean the people agree with the right and with the U.S.

We defend the right of Venezuelans to choose their leaders, but as one solidarity statement put it: “The people no longer want Maduro, but no one chose Guaidó.”

The Venezuelan people have suffered enough. We demand an end to U.S. interference. We say:

No to the Guaidó-Trump coup
End all U.S. sanctions on Venezuela.
Withdraw all elements of the U.S. Navy Fourth Fleet
End all U.S. economic, political and diplomatic aid to the right-wing opposition.
Economic refugees should be welcomed into the U.S.
Abolish all debt held by U.S. and European banks, the World Bank and the IMF