Lee Sustar looks at how Wall Street looted the U.S. Treasury while blocking any serious effort to impose financial reforms on the speculators.

FIRST, THE banks drained your wallet. Now the people who stood by and let it happen are about to be rewarded, if Senate Democrats get their way.

When the financial crisis ripped through the world economy in late 2008, there was widespread fury at the Federal Reserve for looking the other way while Wall Street and predatory mortgage lenders set up the economy for a crash. It was the Fed's responsibility, after all, to look out for the welfare of mortgage borrowers.

But under legislation proposed by Sen. Chris Dodd (D-Conn.), the Fed would get new regulatory powers that are supposed to protect consumers--rather than the independent agency sought by the White House.

That's a big change from 18 months ago, when Democratic members of Congress solemnly promised financial reform and greater regulation to protect ordinary people--not just homeowners, but credit card holders, bank customers, everyone. Thus, soon after voting for the $700 billion bailout of the banks, known as the Troubled Asset Relief Program (TARP), members of Congress set about working on reforms that were supposed to restrain big banks from taking excessive risks while safeguarding consumers. 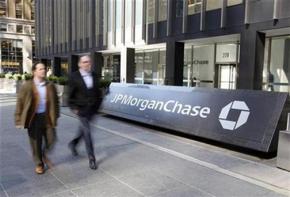 Certainly financial reform was never going to be much of a consolation for the crash, let alone compensation for its staggering costs. According to the Federal Reserve, the bursting of the housing bubble and the financial crisis erased $11 trillion in household net worth in 2008--equal to the combined economic output of Germany, Japan and Britain. At the same time, the Fed, the U.S. Treasury and Congress teamed up invest, loan or guarantee some $13 trillion--an amount nearly equal to the annual output of the U.S. economy.

Not all that money will be spent, of course--and the White House and the big banks are already trumpeting the fact that several big banks have repaid their TARP money.

But the TARP is only a fraction of the money that the government has shelled out. The most notorious payment is the $180 billion to bail out insurance giant AIG--or rather, Goldman Sachs, which collected $20 billion from AIG to settle contracts in full at a time when other investment banks in similar situations were accepting pennies on the dollar.

The U.S. has also nationalized Fannie Mae and Freddie Mac, the "government-sponsored enterprises" that buy or guarantee mortgages. While the U.S. hasn't formally guaranteed Fannie's and Freddie's $1.6 trillion in debt and $5 trillion in mortgaged-backed securities, the Treasury Department has dropped a previous $400 billion limit in government aid for the two companies.

Meanwhile, the Fed also authorized purchase of up to $1.25 trillion in mortgage-backed securities sold by Fannie and Freddie as part of this vast undertaking to prop up the housing industry.

But that's not all. The Fed shoved hundreds of billions of dollars into the banks' vaults via near-zero interest rates, a raft of obscure loan programs and regulatory changes that allowed Goldman Sachs and other investment banks to get access to the money.

The banks have used the cash mainly to cover losses rather than make new loans. One exception has been the banks' steady purchase of U.S. Treasury bills. And why not? Under this setup, the banks can borrow money from the Fed at an interest rate of around 1 percent, and turn around and lend it to the Treasury--in the form of purchasing Treasury bills--at around 4.5 percent.

If that seems like the U.S. government is literally giving away money to the banks, that's because it is.

WITH SUCH a sweet deal for the banks--it's basically an open-ended bailout--you might have expected the Obama administration to keep its promise to help hard-pressed homeowners. Today, some 7.8 million homeowners are either behind in mortgage payments or in the foreclosure process. Many are "underwater" on their home loans--that is, they owe more on their mortgages than their houses are worth.

But as of February 28, just 168,703 households had "permanent" loan modifications under the program. Foreclosures are set to rise again--the inevitable result of an unemployment rate hovering near 10 percent. And banks are refusing to reduce the principal amount owed on mortgages--and the White House and Congress failed to require that they do so.

Remember when Obama, on the campaign trail, vowed that "help is on the way?" Turns out that you had to be a Wall Street banker to get it.

Against this background, it's easier to understand the financial reform package for what it is: a public relations ploy to appear tough on the banks without seriously impeding their actual operations.

But Wall Street's grip on Congress is so tight that even this token legislation might not pass. Economist and New York Times columnist Paul Krugman argues that such a failure is, in fact, the best option, since the regulations being considered would only offer the illusion of improvement, while business as usual continues.

How did it come to this? The breathtaking scale of financial industry lobbying is only part of the story. The default setting of White House economic policy is to make Wall Street profitable.

It was Wall Street that installed Tim Geithner as president of the New York Federal Reserve during the financial bubble and demanded that he be promoted to Treasury Secretary. It was Larry Summers, the top White House economist, who oversaw financial deregulation in the 1990s as a Clinton administration Treasury official. And it was Ben Bernanke, a Republican named to head the Federal Reserve under George W. Bush who was reappointed by Obama months before his term expired.

These people aren't Wall Street's antagonists. They're the bankers' advocates.

THAT'S WHY the financial reform bill before the Senate lacks any bite--and barely has a bark. With the White House finely tuned to their needs, the bankers had only to carry out the usual bribery and bullying to get their way in Congress. As a result, the House bill on financial reform carries a few liberal provisions, but doesn't do much to rein in the banks' risky lending.

Wall Street even managed to ward off any serious regulation of credit default swaps, the complicated securities that billionaire investor Warren Buffet likened to weapons of mass destruction. It was credit default swaps--essentially, a kind of financial insurance against the threat of a company or institution defaulting on a debt--that led to the meltdown of investment bank Lehman Brothers and AIG, and nearly the entire financial system.

A year ago, credit default swaps trading appeared to be headed for rigorous regulation. Instead, these and other forms of speculative trading are back and bigger than ever.

The banks may suffer a slap on the wrist--or at worst, a kick in the shins. The Obama administration's proposal for a fee on the big banks is at best a minor irritant to Wall Street.

More serious is the White House proposal for the "Volker rule," named after former Fed chief and current Obama administration adviser Paul Volker, who wants to restrain banks' ability to invest other peoples' money and own hedge funds. But as many critical observers have noted, the banks could fairly easily create off-the-books vehicles for such activities, just as they did when they moved the risks of mortgage defaults off their balance sheets during the housing bubble.

In any case, the far more conservative measure approved by the Senate will be a template for whatever final legislation--if any--does get passed.

Just like the protracted negotiations over health care, Dodd and other Senate Democrats spent more than a year making concessions to Republicans, who walked away from the deal anyway. The resulting package is so bad that it's heads the banks win, tails we lose.

For example, Dodd's legislation would create a bankruptcy-style "resolution" process for failed financial institutions. But it still would put the government on the hook for paying off the failed bank's "working capital" to its trading partners. That could mean a repeat of the AIG debacle, when taxpayer money for the bailout simply flowed through the collapsed insurance company on its way to Goldman Sachs.

What are the political consequences of this mess? Since the White House has catered to the financial industry's every need since Obama took office, a populist turn by the Democrats for the 2010 elections will lack credibility.

Genuine reform will only come when labor and grassroots organizations turn up the heat--not only on Wall Street bankers, but also their enablers in the White House and Congress.