I only want my life back

Jaime Woodard is an activist in New Jersey who started the We Deserve Our Lives Back website to spread awareness about the injustices facing former prisoners trying to put their lives back together. Here, he tells his personal story and what led him to start the website.

TEN YEARS ago, I was convicted of "theft of mail by an officer or an employee of the United States Postal Service." The creation of the We Deserve Our Lives Back website is a direct result of the lifetime stigma and collateral consequences of that first time, nonviolent mistake.

Upon completion of my court-ordered punishment, I thought, as many do, that I had "paid my debt" to society and would be allowed to pick up my life and move forward. I quickly found that nothing could be further from the truth.

I only wanted to have my life back, and I knew that the first thing I needed to do in order to achieve that goal was to secure meaningful employment. I made several applications for employment and was denied two great opportunities because of my felony conviction.

I thought of the site name We Deserve Our Lives Back because I knew I was not the only person in the world, who has been denied employment because of a felony conviction.

I WAS born and raised in Jersey City, New Jersey, on Clinton Avenue near the junction area of the city. I attended St. Patrick's Grammar School, Marist High School, Hillside High School for about two weeks, before returning to Marist, where I graduated in 1991. 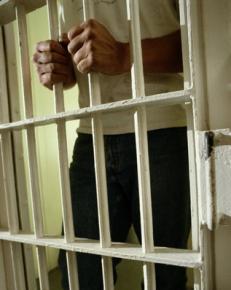 That same year, I was accepted to John Jay College of Criminal Justice. I partied hard and as a result was put on academic probation. I decided to leave college and accepted a full-time position as a casual and transitional employee for the U.S. Postal Service with the idea of becoming a permanent employee.

I watched as dozens of people were hired as regular employees, while I continued to work as a temporary employee with no benefits and low wages. I began selling credit cards and checks that I stole in 1996 and 1997. I was caught in 1997 by the postal inspectors.

The day I was caught was like a scene from a Hollywood movie. I remember grabbing a laptop and a couple of other items and leaving to run my route. I returned to the post office at the end of my route, put the items in my car and left. I heard sirens and assumed it was an ambulance, but I remember gazing in the mirror and seeing two or three Crown Victorias in pursuit. They pulled me over and jumped out of their car with their firearms drawn as if I was a wanted fugitive. I was arrested and taken to Newark, which is the postal inspector's headquarters.

My girlfriend who was with me had no idea what was going on and was obviously very upset. The authorities used her distress to play on her fear to make her admit that she was part of my criminal activity. The truth is that she was not involved in any way, but the postal inspectors threatened to call child protective services if she did not cooperate.

As do many, when threatened with the full weight of the U.S. government, she told them what they wanted to hear. She now has a federal misdemeanor because of me, and I have a federal felony because I stole mail. I sincerely regret making such a foolish mistake in the first place and especially regret involving her in something that I did.

I decided to go back to school while awaiting my fate with the federal court system. I enrolled in Hudson County Community College with the help of unemployment's tuition wavier program. I also attended a court-mandated pre-trial intervention program at Integrity House Inc. in Newark, N.J.

I attended the college for two semesters before being sentenced in April 1999 to 14 to 21 months under the federal guidelines for Theft of Mail by an Officer or Employee of the United States Postal Service. My attorney worked out a plea agreement that would allow me to self-surrender on May 5, 1999 to the Bureau of Prisons Fairton Correctional Facility work camp in Cumberland County. I served 10 months in Fairton Correctional Facility and was then released to Kintock halfway house in Newark.

I also returned as an outpatient to Integrity House to complete their program. I gained employment at a sweatshop that made sheets, pillowcases and blankets for $5.25 an hour. I completed my stay at the halfway house and began a three-year term of supervised release.

I RETURNED to Hudson County Community College where I took interest in a psychology class taught by Professor Lee Harcerold. I decided that the study of psychology was to be my new path. Keith Davis, a childhood friend, helped me get an interview with Women Rising formerly known as the Jersey City YWCA.

I was able to secure a position there in a program to assist individuals who were on the verge of losing their government benefits due to the 1996 Welfare Reform Act. I was trained by Becky Mendoza and started as an outreach counselor.

My mentor and supervisor Michele Odoem inspired me to become an extrovert if I wanted to succeed in life. Four year later, I became the program coordinator. I also instructed G.E.D classes at another local welfare to work organization in Jersey City called World Wide Educational Services.

I graduated from Hudson County Community College with an associate's degree in liberal arts in psychology in 2005 and a bachelor's degree in psychology from New Jersey City University with a minor in physical fitness in 2008. I made the dean's list in Hudson County Community College as well as in New Jersey City University. I have applied for acceptance in a program for a master's degree in social work and I am waiting for a response.

There are many like me who made a one-time only mistake that has resulted in a lifetime of punishment. That unwarranted punishment is, in effect, a civil death sentence because of the barriers to meaningful employment created by that sigma. We regret our mistakes, we do not intend to repeat them, and we have worked hard to overcome them and improve ourselves. We only want our lives back and we deserve a "Second Chance."

I had been led to believe that there was a chance that I may be able to make application to the courts to have my criminal record expunged. I called the law offices of Weinstein & Cappurrino to see if there was any validity to the possibility. A legal secretary with the firm and my lawyers informed me that I could not get my record expunged because my case was federal. Many states do have provisions for expunction of state offenses but under current law, there is no provision for expungement of federal offenses.

The legal secretary informed me of HR 1529--at the time, it was HR 623 and currently HR 2065-Fresh Start Act of 2011, to permit expungement of records of certain nonviolent criminal offenses, and for other purposes), which was introduced by Rep. Charles Rangel to correct that inequity. In December 2008, I started a website called We Deserve Our Lives Back to support HR 2065, the "Second Chance for Ex-Offenders Act of 2009."

I along with many others have a life sentence under current law. If it takes the rest of my life, I will petition, rally, hold demonstrations and speak to any group that is willing to listen. I will do this in a peaceable way to promote the passing of the bill HR 2065 to make sure it becomes law.