The terrorists in blue

Keeanga-Yamahtta Taylor explains how the police, rather than protecting and serving, maintain a system of racism and inequality.

"TO SOME Negroes, police have come to symbolize white power, white racism and white repression. And the fact is that many police do reflect and express these white attitudes. The atmosphere of hostility and cynicism is reinforced by a widespread belief among Negroes in the existence of police brutality and in a 'double standard' of justice and protection--one for Negroes and one for whites...[D]eep hostility between the police and ghetto...was a primary cause of the riots."

The passage quoted above was from a government-commissioned investigation into the causes of urban rebellions throughout the 1960s. For four years, from 1964 through 1968, hundreds of thousands of African Americans rose up against the racism and injustice across the U.S. In dozens of cities, the causes were the same: unemployment, substandard housing and police brutality, among many others.

This report was published in 1968, and yet the description of the police's relationship to Black communities sounds very familiar. The only significant difference now is that in many urban areas, Black and Latino cops make up a larger part of the police forces. 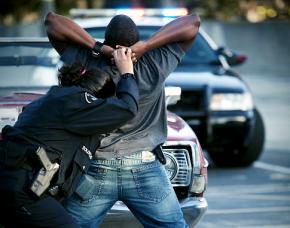 In some cities, there have even been Black police commissioners and superintendents along with Black political representatives, whether mayors, city council members or other ranking officials. These changes in the demographics of the police and the city administrations that govern them haven't changed the way that police departments regularly occupy, harass, intimidate and terrorize communities of color.

The reason behind the continuity is something that people in these communities already know: The police do not exist to protect and serve, but are here to maintain racism and inequality.

This isn't a conspiracy theory but is demonstrated in multiple ways, whether it is the disproportionate way that Blacks are arrested for drug crimes compared to whites or the way in which African Americans and Latinos are "legally" stopped for no reason at all.

The New York Police Department's policy of stopping and frisking young men of color has resulted in literally hundreds of thousands of stops for random searches in hopes of finding contraband. In more than 90 percent of the stops, nothing is ever found, but the possibility of being stopped is a way of intimidating and controlling the movement and presence of Blacks and Latinos outside of spaces they are presumed not to belong.

Stand with family members of victims of police brutality. Find out more about the National Alliance of Parents Against Police Violence on Facebook.

Police operate in Black and Brown communities as if the Bill of Rights does not exist--randomly stopping people for no reason, conducting searches without consent, and arresting and holding people with no charges. And they operate with impunity. It is next to impossible to have a dirty cop charged with a crime or even disciplined for illegal or unethical behavior because the cops police themselves.

BEYOND THE daily harassment, more than ever, the police are being used to hem in the potential for protest and resistance to the social crisis that is consuming Black communities across the country.

Black America is being ravaged by unemployment, growing rates of poverty, public school closures, and rental evictions and home foreclosures, to name only the most extreme conditions. In the absence of any real solutions to the economic crisis in communities hit the hardest, more police violence and intimidation are prescribed to keep them in check.

In Chicago, for example, growing poverty and disillusionment with any notion of social mobility has given way to desperation and horrible violence in the city's Black neighborhoods. But instead of addressing what is painfully obvious--some of the highest rates of poverty and unemployment in the U.S.--local officials suggest new, esoteric policing strategies to address crime.

These policies include neighborhood sweeps of young men, a growing number of surveillance cameras, and an increased police presence in these neighborhoods. These measures, of course, do nothing about crime except add to the number of young Black men with criminal records and thus increase the likelihood that they will never get employment, exacerbating the central problems of unemployment and poverty.

Not only can't the police do anything about the conditions that give rise to crime but they actually contribute to it. In Chicago, the police have been found to be involved in crime rings that sell drugs and guns.

The combination of growing racial and economic inequality with aggressive policing and the criminalization of Black youth is resulting in even more police violence and even murder at the hand of the cops. According to a report published by the Malcolm X Grassroots Movement, in the first half of the year, African American men and women have been murdered by police, security guards or white vigilantes at a rate of one person every day and a half.

Despite the continuity over time of police violence, there's a perception that it's getting worse. Because of social media and networking, it's easier for recordings of police terror to "go viral" and be seen across the country in a matter of hours.

The media initially ignored the murder of Trayvon Martin, but word of the racist killing of the Florida teenager spread via social media, and the case morphed into a national symbol of racism and police corruption.

Protests against a police riot in Anaheim, Calif., were captured on video, and people around the country were able to see what the cops tried to cover up--by offering to buy cell phones from those who recorded instances of police brutality.

THESE ACTIONS point to an important fact--while police terrorism is intensifying, so is the willingness to confront it and organize against it. The time is ripe for a movement against the police.

In Anaheim, where police executed a young Latino man in cold blood, community members rebelled against cop terror. In fact, after an evening of being shot with rubber bullets and arrests, community members demonstrated the next day inside of the police department demanding justice.

In Chicago, a "people's hearing" against police violence brought out more than 100 people, despite city officials' efforts to thwart the meeting by forcing it to relocate. Across the country, communities large and small are organizing vigils, marches, demonstrations and community organizing meetings to speak out against police violence and murder against African Americans and Latinos.

At the center of much of this organizing are the family members of victims of police violence, who have bravely and heroically found each other across the country and joined forces to demand justice. The outpouring of protest and organizing in response to the lynching of Trayvon Martin showed that the potential for a movement is vast.

Police terror may be a permanent feature of a system that is as economically unequal and unjust as this one, but that doesn't mean that we shouldn't make demands for police accountability and beyond. Our growing movement should demand an immediate end to the legalized racial profiling of stop-and-frisk programs in New York City and everywhere else variations of it are used.

We should call for federal investigations of local police murder and brutality cases because we know that the police can't police themselves. We should demand elected and accountable police review boards that can independently investigate police crimes. We should demand an end to laws that criminalized the filming or audio recording of police as these are often the only means capture "proof" of their crimes.

There is another reality to consider as well. If the police continue to kill Black men and women with impunity, the kind of urban rebellions that shook American society in the 1960s are a distinct possibility.

This isn't the 1960s, but the 21st century--and with a Black president and a Black attorney general serving in Washington. People surely expect more. Meanwhile, in a matter of a few days in late July, near-riots broke out in Southern California and Dallas after police, growing more brazen in their disregard for Black and brown life, executed young men in broad daylight, out in the open for all to see.

In Dallas, people watched the police shoot a man in the back as he was running away. Hundreds of people gathered in response to the Dallas Police Department's deployment of a SWAT team and riot police.

There's a growing feeling of being fed up with the vicious racism and brutality of cops across the country and the pervasive silence that shrouds it--and people are beginning to rise against it.