Still stuck in the waiting room

Gary Lapon and Alan Maass explain the effects of another administration retreat.

IN YET another concession to big business demands to weaken its health care law, the Obama administration announced earlier this month that the so-called "employer mandate"--which requires companies with 50 or more full-time workers to offer affordable health insurance to their employees--would be postponed from a 2014 deadline into 2015.

The Treasury Department made the announcement on July 2, claiming that after months of "a dialogue with businesses," the administration had decided a delay was the best way to help Corporate America comply with the Affordable Care Act (ACA) in a "careful, thoughtful manner."

But the delay is really about being "careful" to protect big business profits. Low-wage employers that tend to offer employees few if any benefits--like fast-food chains making hefty profits off the working poor--have been vocal in their criticism of the health care law, and the mandate in particular.

The delay is a victory for them--and a lucrative one: The administration had estimated that the federal government would receive about $10 billion in penalties from companies that didn't abide by the employer mandate. Then there's the money that at least some companies would have spent to conform--which is now money in the bank, at least for another year. 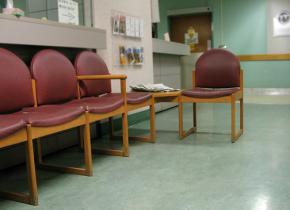 Republicans immediately tried to exploit the announcement as justification for their crusade to get rid of the health care law altogether. A July 10 letter to Obama written by Republican Sen. John Thune of South Dakota and cosigned by 45 Republican senators cynically pretended that their call for the rest of the law to be "permanently delayed" was out of concern that it would cause "significant economic harm to American families."

But the Republicans' all-out opposition to the Obama health care law obscures the bigger truth--that plans for "reform" of the U.S. health care system have been twisted at every step to be as advantageous as possible to big business. The remaining positive provisions of the ACA are being further hollowed out under pressure from industry lobbyists--and those provisions are outweighed anyway by ones that will penalize working people and help expand the profits of the medical-pharmaceutical-insurance complex.

Thus, even if the employers' mandate had kicked in as planned in 2014, it wouldn't go nearly far enough to ensure that companies offer quality, affordable health coverage to workers.

The burden for paying for health care has increasingly shifted away from those who can afford it most--Corporate America, with its record profits--and onto individual workers and families. The terms of the mandate allow this shift to continue. Now, the delay in implementing the penalties for not providing insurance will make those terms even more generous for big business.

THE HEALTH care law's "employer mandate" was designed to encourage large employers to offer what the legislation deems to be affordable health coverage to full-time employees.

This provision isn't to be confused with the "individual mandate"--the law's requirement for everyone in the U.S. to have health insurance, or pay a tax penalty. The individual mandate will go into effect in 2014 as planned--there won't be any postponement for workers.

Despite speculation that they will be delayed, too, the state-level "insurance exchanges" established under the law, which are supposed to provide a place for people to purchase coverage, are still set to be open for enrollment on October 1. As of January 1 of next year, individuals with an annual income of over $10,000 ($20,000 for families) will have to pay an annual penalty with their taxes if they don't have insurance. Next year, the penalty will be $95 for an individual and up to $285 for a family--but this will quickly increase, hitting $696 for individuals and up to $2,085 every year for a family in 2016 and after.

The criticism of the individual mandate, of course, is that the uninsured would have to buy the insurance industry's notoriously inadequate policies, complete with weak coverage and high deductibles--or fork over a big chunk of their income anyway in penalties.

With the employer mandate, any business with more than 50 full-time workers (or the equivalent in part-time workers, based on hours worked) would face a penalty if they don't offer affordable health insurance that meets the requirements under the ACA, and at least one of their employees receives a tax credit to purchase health insurance on the exchanges. The penalty was set to begin in 2014 at $2,000 per employee, and $3,000 for those who receive government subsidies.

The White House and leading Democrats in Congress claim that about 95 percent of companies with 50 or more full-time employees already offer health insurance, so the delay in enforcing the mandate impacts a relatively small percentage of the workforce--about 1 percent of U.S. workers, or 1.5 million people.

But other analysts say that millions more workers will be impacted by the delay since they work for large employers that offer insurance to some employees, but not all. Similarly, some big employers who do offer health coverage may not have insurance plans that meet the ACA's requirements for a minimum level of coverage and affordability.

There's a further question that health care experts are asking about the employer mandate--whether the $2,000 per employee penalty is a sufficient incentive to force companies to offer insurance.

That $2,000 is less than the cost of government subsidies to pick up the slack. The Congressional Budget Office estimates that the average subsidy to help people buy insurance coverage on the exchanges will be $5,290 per person per year.

Even more telling, the penalty is much smaller than the average cost to private employers of providing health insurance--which in 2012 stood at $4,224 for individual coverage and $10,704 for family coverage, according to the Kaiser Family Foundation. (That doesn't include the contributions from workers, which averaged $1,053 for individuals and $4,495 for a family plan in 2012.)

So even if and when the employer mandate takes effect in 2015, companies might still conclude that they're better off paying the penalty than coming up with an insurance plan that covers all their workers.

A FURTHER pitfall in the employer mandate is whether the coverage offered by big employers is deemed to be "affordable."

Under the terms of the health care law, employer-sponsored insurance is considered unaffordable if the employees' share of the premium is greater than 9.5 percent of household income. But earlier this year, the Internal Revenue Service (IRS) released a ruling clarifying that this benchmark will apply only to individual coverage.

So employers whose insurances plans for individuals would cost employees more than 9.5 percent of their household's incomes would be liable for the now-delayed fine under the employer mandate, and the employee could qualify for subsidies on the insurance exchange.

But family coverage is much more expensive than individual coverage. According to the Kaiser Family Foundation's statistics, workers at private employers pay nearly 30 percent of the cost of health insurance for family plans, compared to nearly 20 percent for individual plans.

By defining what makes coverage "unaffordable" on the basis of "self-only coverage," the IRS will "deny federal financial assistance to millions of Americans with modest incomes who cannot afford family coverage offered by employers," according to the New York Times.

In fact, this definition opens up a gaping loophole to corporations scheming to conform to the letter of IRS regulations while keeping costs down. They can offer decent coverage to individuals that meets the IRS standards of affordability, but prohibitively expensive coverage for families--which, of course, is a primary concern for many working people.

Or companies will decide, in the words of Bloomberg BusinessWeek, "to get out of the health insurance business" altogether. Studies by financial analysts estimate that anywhere from one in 10 to one in three employers that currently offer coverage will drop health insurance as a benefit for employees. The Congressional Budget Office agrees, projecting that "8 million fewer people will be covered by employer plans five years from now under the ACA than without it."

HEALTH CARE is a basic human need. The uninsured and underinsured can--and are often forced to--go without health insurance for a time, but eventually, everyone gets sick and requires health care. That's a fact of life. What is contested is who pays for it.

As it stands now, companies that profit off low-wage labor and that don't offer affordable insurance to their employees have their bottom line effectively subsidized by taxpayers, who pick up the bill for health care of these workers, via the Medicaid and Medicare government programs and many other means.

Thus, the same low-wage employers that complained to the Obama administration about the mandate and claimed they would have to pass the costs onto their customers are already passing these costs onto working-class people--just through another means: taxes.

And those costs are huge: A Congressional report released in May found that because Wal-Mart pays such low wages and offers such meager benefits to employees that they qualify for public assistance, including Medicaid, "a single 300-person Wal-Mart Supercenter store in Wisconsin likely costs taxpayers at least $904,542 per year and could cost taxpayers up to $1,744,590 per year--about $5,815 per employee."

Meanwhile, as the report points out, "In the third quarter of 2012, corporate profits reached $1.75 trillion, their greatest share of GDP in history. During that same quarter, workers' wages fell to their lowest share of GDP on record."

With wages so low--and household income, adjusted for inflation, down more than 7 percent between when the recession began at the end of 2007 and early 2013--many workers will find that paying 9.5 percent of their income for health care, and a higher percentage than that for their families, is far from "affordable."

The ugly truth is that the Obama health care law does not represent the reform of a broken system, but the continuation of the trend of putting the burden of providing health care onto workers themselves. As CNN reported, quoting a study by the Commonwealth Fund:

Some 80 million people, around 43 percent of America's working-age adults, didn't go to the doctor or access other medical services last year because of the cost...That's up from 75 million people two years ago and 63 million in 2003. Not surprisingly, those who were uninsured or had inadequate health insurance were most likely to have trouble affording care. But 28 percent of working-age adults with good insurance also had to forgo treatment because of the price.

That's an indictment of the warped priorities of a health care system driven by profit rather than people's needs--and of an Obama administration that promised to fight for genuine reform of the system, but knuckled under to big business, again and again.