The rise of the bad jobs economy

DONALD TRUMP'S presidency is sure to bring intensified attacks on U.S. workers. He has promised massive tax handouts to corporations, rollbacks of labor and environmental regulations, cuts in social services, attacks on abortion providers, and incarceration and deportation for undocumented workers.

Yet, in a grim twist of irony, anxiety and insecurity about the dismal conditions of U.S. workers, felt by many people, was a critical factor in Trump's "victory" last November.

One major component driving the sense of insecurity is the increase in jobs considered contingent or nonstandard over the past 10 years. Irregular hours, variable earnings, temporary or on-call employment, and a lack of job security are some of the aspects associated with this type of work.

This isn't a phenomenon of small businesses, either. In a majority of cases, these work arrangements involve large companies employing outsourced labor instead of directly hiring their workforce.

In an economically uncertain climate, bitterness at working a contingent job--or fear of falling into this type of work--was likely a factor in convincing some number of working place people to vote for Trump out of desperation at the economic conditions they face. 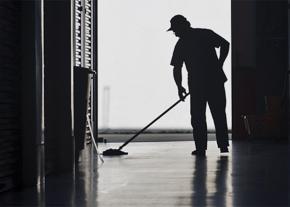 The shift, insofar as it took place, was neither universal, nor the result of the positive appeal of Trump's right-wing program. Most important of all, as Charlie Post explained in International Socialist Review, Hillary Clinton failed to mobilize traditional Democratic voters.

Faced with a choice between a corporate Democratic candidate with little to offer but more of the same and a populist demagogue who promised to bring back jobs to the U.S., a small section of workers--particularly older, white workers in a couple Rust Belt states that have experienced significant job losses in manufacturing over the years--chose the latter.

They will be tragically disappointed. Trump may have promised to "bring jobs back" to the U.S. during his campaign, but he has been ambiguous about the types of jobs he would create and how he plans to create them.

Trump claims he will revive manufacturing jobs lost to other countries through trade deals like NAFTA. But that facts say something different: Only a minority of U.S. manufacturing jobs were lost to "offshoring" to countries like China or Mexico. Studies show other factors, like automation, played a bigger role.

As Lee Sustar wrote at SocialistWorker.org, Trump's broader plans for government spending cuts, deregulation and privatization will only lower living standards for workers overall. At best, his proposal for infrastructure investment may create some highly skilled jobs in construction, but nothing on the scale required to fix the dearth of decent-paying jobs.

Trump's current hiring freeze on federal workers may even lead to the loss of hundreds of well-paying jobs. Plus, deregulation of labor standards and the spread of right-to-work states under Trump's leadership could easily lead to a further proliferation of contingent employment.

The deteriorating conditions for workers that feed working class discontent will only get worse if Trump is allowed to get away with his reactionary program.

TWO RECENT studies highlight the increasing prevalence of contingent work in the U.S.

The first report, released last spring, revealed a striking increase in jobs outside of traditional 9-to-5 employment.

The authors, economists Alan Katz and Lawrence Krueger, found that all of the net gain in employment since 2005 has been in jobs considered "alternative work arrangements." These jobs are defined as contract workers, independent contractors or freelancers, on-call workers, and temp agency workers.

What is notable about this study is that it shows no significant change in the prevalence of alternative work arrangements from 1995 to 2005--so the increase in nonstandard work is a relatively new phenomenon.

Katz and Krueger released a complimentary report at the end of December highlighting the effects of unemployment on people accepting nonstandard work. Among the people they surveyed, those who suffered a period of unemployment were 5 to 12 percent more likely to be employed in an alternative work arrangement when contacted one to two-and-a-half years later.

This suggests that many workers who have taken on contingent work did so because of poor labor market conditions and high unemployment, which have left them with little bargaining power and scant options--and not because they were looking for an alternative to traditional work arrangements.

One explanation for the shift toward contingent work is changes in hiring practices made by large employers. David Weil, author of The Fissured Workplace: Why Work Became So Bad for So Many and What Can be Done to Improve It, points to a shift among large national and international businesses away from directly employing large number of workers.

Direct employment has been shed in favor of outsourcing, according to Weil, as a complicated network of smaller businesses and independent contractors--which operate in more competitive markets--serve as intermediaries for the staffing needs of large businesses.

This "fissuring" of the workplace creates a downward pressure on workers' wages and benefits, a lack of clarity about what entity is responsible for work conditions, and a higher likelihood that labor standards will be violated, including skirting minimum wage requirements.

"In many cases," writes Weil, "fissuring leads simultaneously to a rise in profitability for [large] companies who operate at the top of industries and increasingly precarious working conditions for workers at lower levels."

According to Weil, large employers also benefit from this shift by avoiding payouts for payroll taxes, unemployment and workers' compensation--as well as avoiding liability for workplace injuries by flagrantly misclassifying workers as independent contractors.

LOWER WAGES are typical for many contingent jobs.

When businesses decide to shed directly hired workers for outsourced labor, workers' wages are likely to drop. Citing a study from 2008, The Nation's Mike Konczal reported that outsourcing caused wages for janitors to fall by between 4 and 7 percent--an 8 to 24 percent decrease for security guards.

A 2012 study by the University of California and Simon Fraser University in Vancouver found a similar trend for U.S. airport workers. Employees in outsourced jobs made less than directly hired workers in six out of seven job categories--with some earning as much as $4.75 an hour less.

In addition to lower wages, workers in nonstandard employment arrangements are more likely to face unstable earnings that vary from month to month. A study released in December by The Century Foundation found that contingent workers experience nearly twice the income volatility that workers in standard arrangements do. This instability can be stressful for workers who are uncertain if they will be able to pay the current month's rent or bills.

Seeking full-time work but having to settle for part-time also remains an issue for millions of workers. An Economic Policy Institute report showed that six years into an economic recovery after the official end of the great recession, the rate of involuntary part-time workers remained at "recessionary levels."

According to the study author, Lonnie Golden, involuntary part-time work is still 44.6 percent higher than it was in 2007, with 6.4 million workers in 2015 interested in full-time employment but having to settle for part-time work.

In general, the period of economic recovery has been very weak for workers. There has been a boom for the bosses and for the upper middle class, particularly in major cities, but for a majority of people in society, the economic climate doesn't feel that different than during the recession.

Thus, another employment indicator--overall participation in the workforce, measured by the ratio of employment to total working-age population--is still lower today than at any point before the Great Recession began, even the low points of previous slumps.

THE RISE of contingent, casualized and nonstandard labor is part of a larger trend of rising inequality and declining living standards for U.S. workers.

In a study published late last year, economists Thomas Piketty, Emmanuel Saez and Gabriel Zucman documented a surge in income inequality in the U.S., with those in the bottom half of income distribution essentially cut off from the benefits of economic growth since the 1970s.

Since 1980, according to the study, income growth for the bottom 50 percent of individual income earners has stagnated, while the richest 1 percent saw their incomes increase by 205 percent and the top 0.001 percent by 636 percent.

An earlier surge in contingent, nonstandard work occurred starting in the 1980s with the advent of lean production, as labor historian and socialist Kim Moody writes. Between 1980 and 1995, some of the jobs that would be classified today as nonstandard work arrangements--temp workers and independent contractors, for example--grew by more than 3 million.

It's no coincidence that the rise of contingent work has taken place at the same time as the long-term weakening of U.S. labor unions. As Marxist economist Marty Hart-Landsberg explains:

Corporate profits and income inequality have grown in large part because U.S. firms have successfully taken advantage of the weak state of unions and labor organizing more generally to transform work relations. Increasingly workers, regardless of their educational level, find themselves forced to take jobs with few if any benefits and no long-term or ongoing relationship with their employer.

Over the past four decades, even traditional, standard jobs have been subject to lower pay, reduced benefits and speedup. And projections by the Bureau of Labor Statistics estimate that 70 percent of job growth over the next decade will be in low-pay and low-skill jobs.

Nonstandard, contingent jobs don't appear to be going anywhere, either. A report published by the global management consultancy Deloitte found that 42 percent of all business executives surveyed planned to "increase or significantly increase the use of contingent workers over the next three to five years."

If the bosses have their way, the working class will continue to work harder for less, generating more profits, wealth and power for those at the top--that is a dynamic built into capitalism. It will take a larger and stronger working-class movement in the U.S. to resist and begin to turn the tide.

One factor that will be critical to that project is building a culture of solidarity that responds to all of the myriad of attacks on workers and the oppressed coming from Trump and the right wing. Fortunately, we can see in any number of struggles--from the Standing Rock struggle against the Dakota Access Pipeline to the first mass protests of the Trump presidency--people recognizing the truth of the old labor movement slogan "An injury to one is an injury to all."

The statistics on employment look grim, and unions, after decades of decline, are in a poor position to challenge the continuing corporate attacks. But many young workers starting to make their way through a labor market filled with low-pay, high-intensity jobs have also been influenced and inspired by the social struggles ranging from Black Lives Matter to Fight for 15 to Bernie Sanders' presidential campaign.

In these conditions, it is possible to build a stronger and broader left in the U.S.--one that can, in turn, help to rebuild a fighting labor movement that can win better working conditions, job security and decent pay.

If workers in the U.S. are to avoid lives of constant hustle, struggling just to get by, we need to rebuild a working-class movement that can challenge the status quo of the bad jobs economy.