The shocking proposal of one Ohio politician to withhold treatment from people overdosing on opioids is part of a larger picture of failure, writes Nicole Colson.

That's Middletown, Ohio, City Council member Dan Picard's barbaric "solution" for the opioid epidemic ravaging his town and much of the rest of the country.

In June, Picard floated the idea of a "three strikes" policy for those suffering from overdoses. Paramedics would be authorized to use naloxone--the generic version of the brand-name drug Narcan, and the main drug used in overdose emergencies--in the first two cases of overdose. But if a person suffers a third overdose, they would be denied treatment--and left to die.

The reason? Picard cited a report saying that the cost of paramedics responding to each overdose and administering naloxone is $1,104.

Middletown is one of the communities, especially located in the Midwestern "Rust Belt," in the midst of an opioid crisis that is resulting in a spike of overdoses and deaths. According to a Washington Post report in late June:

So far in 2017, Middletown paramedics have made 598 overdose runs, a 300 percent increase from this point last year. The city has spent more than $2 million responding to overdoses, nearly 10 percent of what it collects annually in tax revenue, said Picard, who has been a council member for nearly eight years but won't be running for election when his term ends this year. 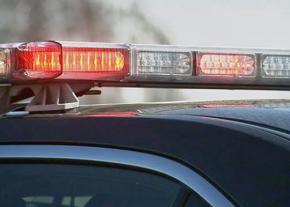 Apparently, keeping taxes down comes before the saving lives of the residents who pay them.

There's no doubt that the opioid crisis is causing a strain on emergency services and other resources in many cities. But the idea of letting people die--which is almost certainly illegal, by the way, since emergency personnel are required by law to administer treatment--can only be described as monstrous.

But Picard was matter of fact in explaining his plan to create a database of those who have overdosed in the past. "We'll have that list and when we get a call, the dispatcher will ask who is the person who has overdosed," Picard said. "And if it's someone who has already been provided services twice, we'll advise them that we're not going to provide further services--and we will not send out an ambulance."

He further noted that "people with cancer don't get free chemotherapy from medics nor do people having heart attacks get a free heart bypass in an EMS run."

Never mind that people with cancer should get free chemotherapy and people having heart attacks should get free heart bypasses if they need them. For Picard, those suffering from overdoses simply aren't worth saving.

AS NPR reported, were it to ever see the light of day, Picard's proposal would lead to more deaths--but it likely wouldn't save the city all that much money, because only 15 percent of overdose runs are for people who have had multiple overdoses. The rest are for first-time overdoses, another side of the spread of the opioid crisis.

According to an analysis of state health departments and coroner figures released by the New York Times in June, 2016 likely saw the largest jump in overdose deaths on record--hitting 59,000, a 19 percent rise over 2015. The data pointed to large increases in overdose deaths in Rust Belt cities and towns concentrated in "Maryland, Florida, Pennsylvania and Maine. In Ohio, [whose state government filed a lawsuit in May] accusing five drug companies of abetting the opioid epidemic, we estimate overdose deaths increased by more than 25 percent in 2016."

And with 2 million Americans dependent on opioids and another 95 million having used prescription painkillers in the past year--a larger number than used tobacco--the death toll for 2017 is likely to be even worse, according to the Times.

In late June, figures from the Agency for Healthcare Research and Quality showed that for 2014--the latest year that data is available for--there were 1.27 million emergency room visits or inpatient stays for opioid-related issues. According to the Washington Post, that figure reflects "a 64 percent increase for inpatient care and a 99 percent jump for emergency room treatment compared to figures from 2005. Their trajectory likely will keep climbing if the epidemic continues unabated."

And while media attention have focused largely on the devastating impact of the opioid crisis on white working-class and poor Americans, they have largely overlooked the toll on the lives of Blacks, Hispanics and Native Americans--who already suffer disproportionately from increased rates of drug addition and poverty.

The Washington Post reported in June that death rates have risen among people between the ages of 25 and 44 in virtually every racial and ethnic group and almost all states, largely as a result of drug overdoses and alcohol abuse. "After a century of decreases, the overall death rate for Americans in these prime years rose 8 percent between 2010 and 2015," the Post reported.

"Deaths from drug overdoses among whites are still more than double the rate for Blacks, and are rising rapidly," the paper noted. "But the data suggest that this is a contagion that will not recognize boundaries of race or ethnicity."

In Maryland, one of the states hit hardest by the crisis, opioid-related deaths have nearly quadrupled since 2010, and deaths from fentanyl increased 38-fold in the past decade. In 2016, Baltimore City--which is 63 percent Black--had 694 deaths from drug and alcohol-related overdoses in 2016, close to two per day, and almost twice the amount over the year before.

And, heartbreakingly, the opioid crisis is also increasingly impacting infants--with the number of opioid-addicted newborns growing fivefold between 2003 and 2012, according to a recent New York Times article. Hospitals in rural areas often lack the neonatal intensive care units where addicted babies must be given doses of morphine. The Times noted that one transport team “picks up babies in severe withdrawal from 20 hospitals in rural towns across southern and eastern Kentucky.” The infants are then taken to a pediatric hospital with a neonatal intensive care unit that has “nine rooms of bassinets with swaddled babies hooked up to monitors that beep at all hours.”

“In 2015 and 2016,” the Times noted, “this unit was over capacity almost half the time. Nearly 60 babies in withdrawal had to be diverted to other hospitals, because there were infants with even more pressing needs, like life support or breathing assistance.”

"What it reflects is an out-of-control epidemic right now," Josh Sharfstein, director of the Bloomberg American Health Initiative at Johns Hopkins, said of the overall crisis. "It's affecting the economy. It's affecting the entire community. This is an absolute call to action for public health."

BUT that call is going unheeded--in part, because there's profit to be made off this crisis.

The drive for profit among drug manufacturers has played a main role in fueling the crisis, as Big Pharma pushes cheap and addictive prescription painkillers. In late 2016, the Charleston Gazette-Mail detailed how, over the course of a six-year time span, wholesale drug companies sent 780 million painkilling pills to pharmacies in West Virginia--more than 400 pills for every single person in the state. In Kermit, West Virginia--population 392--nearly 9 million hydrocodone pills were shipped to a single pharmacy over a two-year period.

A report earlier this month from the U.S. Department of Health and Human Services found widespread overprescribing of opioids within the Medicare prescription drug program for extended periods of time.

There's not only profit to be made producing these drugs, but--in a twisted comment on capitalism--in treating the victims of drug overdoses.

Kaleo, the company that produces an injectable version of Narcan called Evzio, is exploiting this to maximum effect.

Earlier this year, media reports pointed out that Kaleo had jacked up prices of a twin-pack of Evzio from $690 in 2014 to a staggering $4,500. With Evzio making up nearly 20 percent of the naloxone dispensed through retail outlets between 2015 and 2016, its mercenary decision to jack up prices "makes sense" from the logic of the market--even if this means more people will die.

And it's not only the brand name versions of the drug that are spiking in price. The cost of generic injectable naloxone has also been on the rise. As Scientific American noted earlier this year, "A 10-milliliter vial sold by one of the dominant vendors costs close to $150, more than double its price from even a few years ago, and far beyond the production costs of the naloxone chemical, researchers say. The other common injectable, which comes in a smaller but more potent dose, costs closer to $40, still about double its 2009 cost."

WHILE POLITICIANS like Picard are more than willing to talk about the "drain" of public resources on drug users, they do very little to question the roots of the crisis: The way cheap and powerful prescription opioids like fentanyl were deliberately marketed to economically depressed communities, many of them once the home of stable manufacturing jobs.

A rational approach to the opioid epidemic could include any number of effective strategies. On the treatment side, there should be a massive expansion of free, medically supervised drug-treatment programs and an overall expansion of public health care--ultimately based on a single-payer model--focused on both physical and mental health care.

One critical measure would be to prioritize the treatment of the kinds of workplace and other physical injuries that often lead to the initial use of opioids.

Yet none of this is on offer--or even part of the discussion in mainstream politics. Instead, politicians, along with Trump's Justice Department, seem inclined to turn toward the same tried-and-failed strategy of previous versions of America's "war on drugs": throw more people in prison.

In June, for example, NPR reported that Republican Sen. Chuck Grassley of Iowa and Democratic Sen. Dianne Feinstein of California, who previously had supported cutting back on some mandatory criminal penalties for those convicted of drug offenses, were preparing a bill that would "create tough new penalties for people caught with synthetic opioid drugs...It would impose a 10-year maximum sentence on people caught selling them as a first offense. That would double if they do it again."

But in previous decades, mandatory-minimum sentencing did nothing to stop the flow of drugs into the U.S. or the use of drugs overall. It only fueled a massive expansion of America's prison population and the destruction of entire communities, as African Americans in particular became disproportionately incarcerated under a racist system.

Today, the bill that Feinstein and Grassley are considering, according to Michael Collins of the Drug Policy Alliance, repeats the same mistakes by "penalizing individuals who sell drugs at a low level inside the U.S., and so it's going to do nothing to deter and stop the supply of drugs."

"[W]e've been here before with this approach in terms of the war on drugs and ramping up sentences, and we know that escalating sentences...does nothing to help the opioid epidemic," Collins told NPR. "In fact, it only serves to increase the prison population."