A hidden danger for infants

ARE BABY bottles toxic? Bisphenol A (BPA), a synthetic sex hormone that mimics estrogen, is used to make hard polycarbonate plastic. Ninety-five percent of all baby bottles on the market are made with this chemical.

A draft report released in April by the National Toxicology Program--a federal government agency--acknowledged for the first time "some concern" that BPA may affect neural and behavioral development "in fetuses, infants and children at current human exposures." The federal health agency's report included early puberty in girls and hyperactivity among the developmental disturbances.

Health Canada, the main government health department for that country, designated BPA as a "dangerous substance," moving Canada a step closer to limiting the chemical's use. "The health impacts associated with these chemicals are very severe," says Michael Schade of the Center for Health Environment and Justice, an advocacy group that wants these components banned from consumer products.

A Centers for Disease Control and Prevention analysis detected BPA in urine samples of nearly 93 percent of 2,517 people who took part in a national health survey from 2003 through 2004. 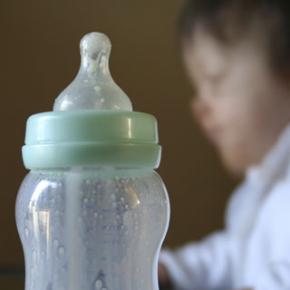 Another group of chemical compounds common in children's toys has also come under scrutiny. Phthalates are banned in the manufacture of toys in most European countries. A similar ban exists in California, and 12 other states are considering bans.

Phthalates are also known as plasticizers, chemicals that prolong the life span and durability of plastics and increase their flexibility. Like BPA, phthalates are used in hundreds of products and are known for their potential toxic effects on the reproductive and endocrine systems.

SO WHY isn't the Food and Drug Administration (FDA) or Environmental Protection Agency moving to ban these compounds, especially in products designed for use by the most vulnerable members of society? In a word: profit.

U.S. manufacturers produce 7 billion pounds of BPA annually. Despite more than 100 published studies that have raised health concerns about a chemical compound central to the plastics industry, the FDA has deemed it safe largely because of two studies, both funded by an industry trade group, the American Plastics Council.

Environmental health groups in the U.S. and Canada are calling for an immediate moratorium on the use of BPA in baby bottles and other food and beverage containers. Sign a petition in support of this ban at the Center for Health, Environment and Justice.

According to an investigative report by Lyndsey Layton of the Washington Post, the chemical and plastics industry have worked hard to make sure the research they fund is used as the basis for consumer protection agency decisions.

There is a clear bias in studies funded by industry, according to David Michaels, who was a federal regulator in the Clinton administration. "If you fight the science, you're able to postpone regulation and victim compensation, as well."

Mitchell Cheeseman, deputy director of the FDA's office of food additive safety, said the agency is not biased toward industry. "The fact is, it's industry's responsibility to demonstrate the safety of their products," he told the Post. "The fact that industry generated data to support the safety I don't think is an unusual thing."

From 1997 to 2005, 116 studies of the compound were published. Of those funded by the government, 90 percent showed a health effect linked to BPA. None of the industry-funded studies found an effect; all of them said BPA is safe.

A decade ago, Frederick vom Saal, a reproductive scientist at University of Missouri at Columbia, theorized that because BPA can mimic estrogen, a female sex hormone, minuscule amounts introduced to fetuses or infants could change cell structure and cause significant health problems later in life. He found that doses 25,000 times below what the government has labeled as safe harmed developing cells in mice.

In 1997, after he submitted his first study for publication in a peer-reviewed scientific journal, vom Saal said he was visited by a group of scientists, including John M. Waechter of Dow Chemical, a manufacturer of BPA. According to vom Saal, the Dow representative began the meeting by expressing a hope for "some mutually beneficial outcome" if vom Saal held off on publication until a replicate study could be performed. Vom Saal refused the offer.

Last year, the National Institute of Health convened two panels to help it analyze BPA risks. One panel, led by vom Saal, consisted of 38 international experts on BPA who work for universities or governments. It found a strong cause for health concerns, including cancer and early puberty.

The second panel included 12 scientists, none of whom had worked on BPA. The panel reported "minimal" concern about the compound's impact on reproduction and development while saying it had "some concern" about effects on neurological development.

Vom Saal said a flood of recent BPA studies have validated his work. He told the Post reporter, "The scientific community basically said, 'This argument is over.' It ended a long time ago. There's only been an illusion of a controversy created by a well-financed public relations outfit. The idea that the FDA tells people this is safe is offensive."