Petrino DiLeo explains how the crooked executives at Countrywide are still cashing in as the crisis they helped create takes down more victims.

ACROSS THE U.S., millions of families are trying to pick up the pieces after getting conned in the great mortgage swindles that took place from coast to coast during the housing bubble.

Estimates on the total number of foreclosures during this crisis now run as high as 6.5 million.

Some 10 million households, including nearly 30 percent of people who purchased homes since the beginning of 2003, are "under water"--that is, they have negative equity in their homes, meaning they owe more for their mortgage loans than their houses are currently worth. Without some kind of relief--or a reversal in housing values--many of these submerged homeowners will ultimately choose to walk away from their homes and default on their mortgages.

In late July, after months of wrangling, the Senate passed a much-talked-about housing bill. The bill will provide very little relief for homeowners--though it provided the basis for the government buyout of mortgage lenders Fannie Mae and Freddie Mac.

According to Congressional Budget Office (CBO), the bill will bring just 400,000 mortgages to the Federal Housing Authority (FHA) over the next three years. The FHA will guarantee a new mortgage at 85 percent of the current appraised value of the home--not the value of the current mortgage. As a result, the CBO itself expects 140,000 of these mortgages to slip back into foreclosure. 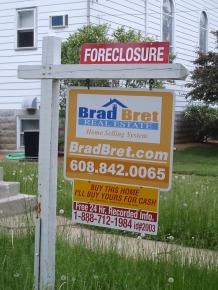 In the end, the housing bill will help just a tiny fraction of the millions of families facing foreclosure.

During congressional negotiations on the bill, there was a lot of hand-wringing about not bailing out housing "speculators." But precious little time was spent talking about the fast-talking mortgage companies that dumped exotic mortgage loans on inexperienced borrowers.

OVER 40 years, Countrywide--led by cofounder, CEO and Chair Angelo Mozilo--grew to become the largest mortgage lender in the country, in large part because it was the most aggressive firm in pumping up the housing bubble. At its peak, Countrywide originated $450 billion in mortgages annually, and either owned or serviced approximately 20 percent of all mortgages in the U.S.

How did they do it?

Countrywide was on the cutting edge in a series of new techniques. It gave incentives to mortgage brokers to steer borrowers into dangerous sub-prime mortgages--housing loans made at higher-than-normal and adjustable interest rates to people with little or poor credit history or an income that wouldn't typically qualify them for a mortgage.

For more background on the worsening state of the economy, including the roots of the crisis in the financial markets, see Joel Geier's "More than a recession: An economic model unravels," published in the International Socialist Review.

Such loans came with interest rates that were 2 to 5 percent higher than prime loans. But that fact was hidden by two- or three-year periods of lower "teaser" rates, during which payments typically covered just the interest, if that--certainly none of the loan itself. All together, sub-prime loans added up to $2.5 trillion since 2000.

Countrywide was also a big player in so-called "option ARM," or "pick-a-payment" loans. In these structures, borrowers during the first couple years of a mortgage were sent bills with two payment options. The first was low--so low, in fact, that it didn't cover the interest on the mortgage. The second was higher, and would pay down interest and some of the principal.

In most cases, borrowers opted to pay the lower amount. But that was a trap--because the unpaid interest was rolled over, increasing the principal of the mortgage. At the end of the option payment period, borrowers end up owing more than when they started.

The reason to push these loans is that they're much more profitable. According to the New York Times, regulatory filings show that profit margins on sub-prime loans sold by Countrywide to investors last year were 1.84 percent versus 1.07 percent for prime loans--in other words, almost double the return for a sub-prime loan. A couple years earlier, the gap was even greater--in 2004, a 3.64 percent margin on sub-prime loans and 0.93 percent on prime.

For helping spread the use of these dangerous mortgages, Countrywide offered brokers--the agents who actually sold the loans to borrowers--higher commissions.

With external brokers, mortgage companies employed a so-called "yield-spread premium" when awarding commissions--essentially, the higher the interest rate on the loan, the more cash a company would pay to the broker. Countrywide awarded brokers who delivered sub-prime loans commissions worth 0.5 percent of the loan's value--in contrast with 0.2 percent of the loan's value for mortgages rated a bit higher, the so-called Alt-A mortgages.

Mortgage brokers are involved in about 60 percent of mortgages, up from 40 percent a decade ago. But they are disproportionately involved at the lower end of the spectrum--they originated 75 percent of sub-prime loans and 70 percent of Alt-A loans.

In January, Bank of America saved the firm from an outright collapse--at least temporarily--by buying the company in a $2.5 billion stock deal. Today, Countrywide is worth just $2.3 billion.

But Countrywide's leaders--Mozilo and president David Sambol--have continued to rake in the dough and enjoy the perks, even after Countrywide's collapse had begun.

In early August, for example, Sambol used Countrywide's company jet for a three-week family vacation to Africa. Pressed on the matter, he huffed to the Los Angeles Times, "This is a personal matter involving my family, and I would like to protect my privacy."

Now that Countrywide has been absorbed by Bank of America, Sambol is still around, and "earning" $28 million to head its consumer mortgage business. He will also continue to have use of the company jet. And Bank of America will pay Sambol's country club dues and any financial consulting services he uses through the end of 2009.

Furthermore, in March, Mozilo received $10 million in stock and Sambol $9 million from Bank of America, as "performance-based" rights and grants. That was on top of a $10.3 million in salary Sambol pulled down in 2007--the year Countrywide was going down in flames.

Meanwhile, Mozilo, who is slated to retire after Bank of America's takeover of Countrywide is complete, will walk away with company-paid life and health benefits. Mozilo made a lot of noise about forgoing a $36.4 million severance package he would have been "entitled" to as part of the Bank of America deal. But don't feel too sorry for him. In 2006, Mozilo pulled down $48.1 million in salary, bonuses and equity-incentive pay, and he made a further $72.2 million from exercising stock options.

During the 2001-2006 stretch of the housing bubble, his total compensation--including salary, bonuses, options and restricted stock--approached $200 million. And even after forgoing the severance package, Mozilo still has $40 million in other deferred compensation waiting for him.

Even more amazing is that Mozilo apparently didn't think he was appreciated enough. In late 2006--a few months before the sub-prime bubble began to pop--Mozilo hired a consultant, John England of Towers Perrin, to fight Countrywide's board and get even more pay.

In October 2006, England wrote to Mozilo, "My primary unhappiness with what the Board has put forth is that it lowers your maximum opportunity significantly." To which Mozilo replied, "Boards have been placed under enormous pressure by the left-wing, anti-business press and the envious leaders of unions and other so-called CEO Comp Watchers, and therefore, boards are being forced to protect themselves irrespective of the potential negative long-term impact on public companies."

This from a CEO who went on to sell mountains of stock in Countrywide throughout 2007.

Starting in December 2006--when it must have been apparent that the sub-prime party was about to end--Mozilo cashed in on $140 million worth of Countrywide stock. At the very same time, Countrywide was buying back its own stock and urging its shareholders to hold on.

It's not hard to see how this would benefit Mozilo personally. By talking up the stock and having the company purchase it, it could keep the stock price inflated while he cashed in for himself. It was a case of "do what I say, not what I do." Overall, since 1984, Mozilo made more than $400 million selling Countrywide stock.

Meanwhile, Mozilo was handing out favorable mortgages to friends, celebrities and politicians.

Under the "Friends of Angelo" VIP mortgage program, Mozilo routinely got mortgages originated by simply picking up the phone--no documents or pre-screening were necessary if you were connected enough.

What makes all this even more galling is that Mozilo and Sambol are still reaping millions while Countrywide gets hammered with lawsuits because of the practices they sanctioned. In just the past month, West Virginia, Connecticut and Indiana launched lawsuits against the company for allegedly deceptive lending practices, joining at least four other states and several cities.

Another "potentially negative" impact that Mozilo seems to have overlooked is securities fraud. The Justice Department and FBI are looking into whether officials at Countrywide misrepresented the firm's financial condition in security filings.

Nevertheless, despite the lawsuits and investigations, Mozilo will likely face, at worst, a slap on the wrist for all the damage he caused. That will come as little consolation to the millions of Americans swindled in the last few years.