Hit hardest by the jobs crisis

Siddharth Patel analyzes the government's statistics to show that some groups of workers are suffering even more pain from the recession.

WHILE SOME mainstream commentators are peddling talk of the recession "bottoming out" or even sprouting "green shoots," the June employment report from the Bureau of Labor Statistics confirmed what millions of people feel--there's no end in sight for workers and the poor.

Another 467,000 people lost their jobs last month, the official unemployment rate edged up to 9.5 percent, and it's all but certain it will hit double digits within a few more months--and stay there through 2010.

Whatever "green shoots" Wall Street may be anticipating, the outlook for people who work for a living is grim.

"I regard all this talk about how the recession is maybe going to end, all the talk about deficits and inflation, to be the equivalent of telling Americans, 'You are just going to have to tough it out," Lawrence Mishel of the Economic Policy Institute told the Washington Post. "But we're looking at persistent unemployment that is going to be extraordinarily damaging to many communities. There is a ton of pain in the pipeline." 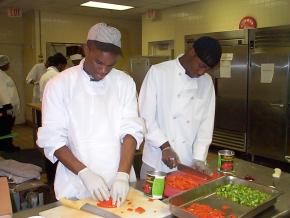 Plus, the cumulative effects of racism and sexism mean that some groups of workers went into the recession in a much more precarious position--and they feel that "ton of pain" in an even sharper way.

While June's climb to 9.5 percent unemployment is a national crisis, African American unemployment has been at least 7 percent for more than 30 years, even in the midst of the "full employment" boom in the late 1990s.

In reality, Black America has faced tougher economic times for decades, and now they're getting worse, with a large proportion of initial job losses hitting industries where Black workers are concentrated--construction and manufacturing. The Obama administration's bailout of the auto industry--which imposes tough conditions on the United Auto Workers union--has also decimated one of the few sources for decent-paying union jobs for Black people.

Even in white collar and professional work, African Americans are being hit hardest by layoffs because job discrimination kept them out of these fields for so long--and the "last hired, first fired" method is having its usual racist effect.

The Associated Press interviewed Duke University Professor William Darity about this phenomenon. "Blacks and Latinos are relative latecomers to the professional world," Darity said, "so they are necessarily the most vulnerable. We don't have those older roots to anchor us in the professional world; we don't have the same nexus of contacts, the same kind of seniority."

Currently, official Black unemployment stands at 14.7 percent. The last time the overall jobless rate hit that level was in the early 1930s, during the Great Depression.

Black people entered the economic crisis at a severe disadvantage. Black households on average have just 10 to 15 percent of the net worth of white households. So a typical white family can last a longer period if forced to live off of savings.

The higher unemployment and the foreclosure epidemic will likely worsen this wealth gap, since predatory lenders consciously steered Black families into more expensive and riskier loans. As the New York Times reported in early June:

Black households making more than $68,000 a year were nearly five times as likely to hold high-interest sub-prime mortgages as whites of similar or even lower incomes. (The disparity was greater for Wells Fargo borrowers, as 2 percent of whites in that income group hold sub-prime loans and 16.1 percent of Blacks do.)

The wage gap plays a large role in this, with women still earning only three-quarters of what men earn for the same work. In 2008, a Senate report titled Taking a Toll: The Effects of Recession on Women revealed the following:

Harvard Professor Mariko Chang ... analyz[ed] the net worth of all unmarried women, including those who never married and those who are divorced. Their median net worth was $12,900, less than half the $26,850 for unmarried men. Chang found that the wage gap is the primary cause of this inequality of wealth.

Other dynamics also put single women and mothers at a disadvantage: Prior to the Obama administration's stimulus bill, unemployed workers seeking part-time work could not qualify for unemployment benefits in many states; in addition, workers who left their jobs because of domestic violence or to care for a child could not qualify. Given that two-thirds of part-time workers are women, and the vast majority of domestic abuse victims and primary caregivers are women, these unemployment criteria were undeniably sexist.

The same Senate report made a connection between women and predatory lending, stating that women are "32 percent more likely than men to receive sub-prime mortgages, despite having slightly higher credit scores on average. This disparity occurs regardless of income, with the disparity increasing as income rises."

The unemployment numbers might be surprising--women have actually increased as a proportion of the workforce. But that's only because the massive layoffs occurred in industries where men were the majority of employees, whereas health care, education and other sectors where women are concentrated have not been decimated in the same way--or at least not yet.

Even though women may not have lost as many jobs as men, it remains the case that they get fewer hours, lower wages and fewer benefits (especially health care) in the jobs that they do hold. And some groups of women are facing staggering unemployment--a May 2009 Senate report titled "Women in the Recession" stated that 10 percent of women heads-of-household were unemployed in April 2009, with women of color even worse off.

Shamefully, mainstream reporting has paid little attention to an important aspect of women's oppression during the recession--the likely rise in the number of women turning to the sex industry.

Reliable studies and statistics are hard to come by, but anecdotal evidence from the Associated Press, the Toronto Star, Salon.com and other smaller news outlets suggests a significant increase in the number of women applying for work at strip clubs and pornography houses, as well as a much-less-reported-on increase in personal sex work (often referred to as prostitution).

It may be taboo for politicians and the corporate media to address this upsetting reality, but that doesn't change the fact that the economic crisis is literally compelling thousands and perhaps tens of thousands of women to endure abusive and violent working conditions.

AS STATE governments facing budget crises, particularly in California and New York, continue to make devastating cuts to an already tattered social safety net, conditions for poor women and Blacks--who disproportionately rely on welfare services--will become even more desperate. The budget cuts are not equal opportunity--they crash down hardest on the downtrodden.

The Obama administration's stimulus bill was designed assuming that unemployment would crest at 8 percent and then fall later this year. That happy dream has been thoroughly upended, raising the question of whether another larger stimulus package will be necessary, or perhaps a more direct job-creation program as the only way to staunch the hemorrhaging of jobs.

The recession has hit hard for all working Americans. But for people of color and women, it has been particularly harsh, and any progressive proposals for economic relief must include special attention and resources for these groups.