A pandemic made by capitalism

Joe Allen looks at a new book which challenges the conventional wisdom that fighting diabetes is about "personal responsibility" and "discipline."

SOON AFTER my mother turned 60 years old in 1997, I was talking to her on the phone when, toward the end of our conversation, she suddenly announced, "I have diabetes."

Like many people who are confronted with the news that a close relative or friend is diagnosed with the dreaded illness, I was stunned, then confused. My mother was neither overweight nor sedentary--two of the things that I most identified with "adult onset" or Type 2 diabetes.

She struggled during the next 10 years of her life with pricking her fingers to measure her blood sugar levels and the daily insulin shots, before she passed away. Since then, diabetes has never been very far from my mind. I'm not the only one.

Diabetes has truly become a global pandemic and, here in the U.S., it has mushroomed to devastating levels over the last 20 years. It is estimated that over 23 million Americans live with the illness. But to get a real understanding of how it has become a feature of modern industrial life, step back and look at it from a century and a half ago to today. 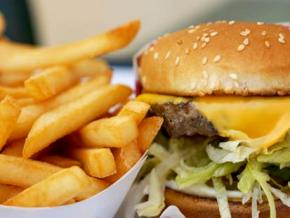 "In 1866, the death rate from diabetes in New York City was 1.3 out of 100,000 residents. If that rate held today for the 306 million residents of the United States, there would be 4,384 deaths due to diabetes each year," according to author Dan Hurley, author of Diabetes Rising. "Instead, in 2006, there were 72,507 death certificates on which diabetes was listed as the underlying cause...And that doesn't count the additional 200,000 or so deaths each year for which diabetes is listed as a 'contributing' cause."

Hurley is a veteran medical reporter and diabetic who has written about and struggled with the illness for many decades. His Diabetes Rising is the type of book that you expect from a professional journalist--an excellent history of the disease and attempts to combat it, as well as an overview of the current debates about the causes (genetic and environmental) that have swelled that growing number of diabetics in the U.S. and worldwide.

What makes Hurley's book different from so many of those available is that it attacks the "you only have yourself to blame" claim about diabetes and the self-help approach to controlling and rolling it back.

Hurley reminds us that "Once upon a time, diabetes was rare." It was first diagnosed in ancient Greece. The very word diabetes comes from the Greek meaning "to pass through." Frequent urination and an unquenchable thirst are two of the early signs of the illness.

It is interesting to note that in the 1920s, Dr. Haven Emerson, a former New York City health commissioner and professor of preventative medicine at Columbia University Medical School, "considered it a disease of the rich, who could afford to eat as much as they liked, and liked to be as fashionably fat--visual evidence of their wealth." It was rarely seen among manual laborers during that era. That's not true anymore.

Hurley then takes us on a tour of Diabetic America. He begins in Weston, Mass., a prosperous and seemingly healthy suburb of Boston. It is one of the most unlikely places to imagine as the site of an outbreak of Type 1 diabetes--what was formerly called "childhood onset" diabetes. But beginning in 2007, parents pleaded for help from the state government to cope with the crisis. The cause was not immediately clear, but Type 1 diabetes has been rising all over the world.

Hurley then moves onto one of the unhealthiest places in the United States--Logan County, West Virginia. With a population of 36,000 people in 2008, the Centers for Disease Control put the estimated rate of diabetes in Logan County at 14.8 percent, the highest in the U.S.

Here, the causes were much clearer. Among them are the 36 fast food restaurants in Logan County--one for every 1,000 residents. Obesity and diabetes go hand in hand. Some have proclaimed Logan County the "diabetes capital" of the U.S., but there are counties in Mississippi that are in nearly as bad a shape.

HOW DID we get here? I don't think it is a surprise to anyone that corporate capitalism has come to dominate every aspect of our lives, and with predictable results: toxic pollution in the air, ground and water; food has morphed into "food-like substances"; the decline of leisure time; work has became both more stressful and sedentary. The lack of exercise time and sports programs for children and teenagers has had particularly devastating consequences.

All this has ganged up on the human body, and one deadly product is diabetes, despite the development of potential vaccines and oral treatments. The popular solution for this crisis has been an explosion of self-help books and a medical establishment emphasizing dietary and exercise discipline and restraint.

But as Hurley declares early in his book, "I myself jog regularly and work hard to manage my diet, insulin and blood-sugar levels. The point is, though, that for the larger medical community to continue to expect that individual diet and exercise programs will turn around the Type 2 pandemic amounts to willful indifference to the facts."

One of those big facts is that the food industry is happily making billions while diabetes is killing larger numbers of people. "Discipline and restraint" won't change the way food is manufactured, distributed and advertised in the world.

"It's like telling people who live near a factory that's spewing out pollutants not to breathe the air," Kelly Brownell, director of Yale's Rudd Center for Policy and Obesity, told Hurley. "Sure, in any public health matter, you have to rely on people's discipline, restraint and willpower to some extent. But you have to point where you realize that's not enough. You have to affect the environmental conditions that are driving the behavior."

One recent study concluded that it is more difficult to stop overeating than to quit smoking. Advertising plays a particularly insidious role in this. A study published in the Journal of Consumer Research revealed that people surveyed consistently believed that a sandwich from the "healthy" Subway chain had fewer calories than from the "unhealthy" McDonalds, even though they contained about the same amount of calories.

Hurley makes a big call for a major public health campaign to combat this global pandemic, including a new series of laws to regulate the food and restaurant industries, all good things that should be supported. He even calls for the formation of a new organization--Citizens United in Resolve to End Diabetes.

My only criticism, in an otherwise excellent book, is that Hurley's call doesn't go far enough. Like with many other issues today, including climate change, the pandemic of diabetes reveals a much deeper need to radically restructure our society. The future health of human species may rest on it.