Murdered by the American injustice system

The state of Georgia has succeeded in killing Troy Davis--but his struggle for justice will never be forgotten by those who stood in solidarity with him.

AN INNOCENT man was tortured for hours and then murdered in cold blood. That's the only way to describe the execution of Troy Davis in Georgia last night.

For over two decades, Troy endured a nightmare at the hands of police, prosecutors and the court system at every level--from his arrest during a frenzied hunt to arrest a Black man for the murder of a white Savannah, Ga., police officer; to the travesty of a trial in which he was found guilty and sentenced to death; to the years he spent pleading for one judge after another to consider the evidence that proves he's innocent.

But the American system of injustice had a final sickening twist in store for Troy.

Shortly before his scheduled execution, the U.S. Supreme Court took up his lawyers' last-minute appeal for a stay of execution. The 7 p.m. deadline came and went, and Georgia officials announced they would delay the execution until the justices finished their review.

Troy's family and supporters--gathered outside the prison in Georgia, and at meetings, protests and vigils around the country--celebrated what seemed to be a reprieve, until it sank in that the delay was temporary, and could end at any moment with a decision from the high court. Thousands of people who desperately wanted Troy to live spent the next three hours in agony. 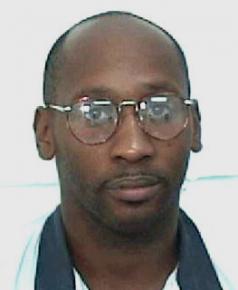 Then came the decision--a one-sentence order that the Supreme Court would not grant a stay.

The state of Georgia moved ahead with its murder quickly. It happened fast because, according to reports, Troy had remained strapped to the execution gurney the entire time.

THROUGHOUT THE night, Troy's supporters kept up the fight, with hundreds of people holding vigil on the grounds of the Jackson prison that houses Georgia's death row, as police dressed in riot gear looked on and helicopters flew overhead.

In Washington, D.C., protesters marched from the White House, where they had gathered to call on Barack Obama to speak out, to the Supreme Court building--the spirited protest drew hundreds. Their vigil was matched around the U.S. and internationally--in France, Britain and Hong Kong, to name just a few countries.

In the days right before the execution, Troy's case finally received the attention it deserved. One measure was the parade of well-known figures, spanning the political spectrum from left to right, who lent their voices to Troy's cause--among them was former President Jimmy Carter, Pope Benedict XVI and even former FBI Director William Sessions. A former warden in Georgia called for prison employees to be able to choose not to take part in the execution.

The day before Troy's execution date, the New York Times editorial page weighed in with an article that criticized the Georgia Board of Pardons and Paroles and its refusal to grant clemency: "The board's failure to commute Mr. Davis's death sentence to life without parole was a tragic miscarriage of justice."

But before this, there was a long campaign, built over many years, which organized support for Troy. That campaign gathered more than a million signatures on petitions and statements calling for Troy to be spared. Without those who pointed a spotlight on the case when the media mainly ignored it, Troy's calls for justice might have gone unnoticed.

But Troy fought for his freedom from on death row, and his supporters joined the protests on the outside. The state of Georgia did everything it could to silence Troy--officials refused to let him be interviewed or have his voice recorded--so it was up to supporters to carry that voice far and wide.

Troy's message on Wednesday to those who organized and demonstrated for him was the same as it has always been:

The struggle for justice doesn't end with me. This struggle is for all the Troy Davises who came before me and all the ones who will come after me. I'm in good spirits, and I'm prayerful and at peace. But I will not stop fighting until I've taken my last breath. Georgia is prepared to snuff out the life of an innocent man.

IN A sense, what happened to Troy Davis isn't a miscarriage of justice at all--because this is exactly what justice looks like in the U.S. if you are poor or working class, and especially if you are Black. Troy always pointed out in interviews that if he was the white son of a wealthy senator, he not only wouldn't be on death row--he wouldn't have been arrested in the first place.

The physical evidence tying him to the crime certainly wasn't enough to justify his arrest--there wasn't any. Troy's conviction was based on the word of nine people, seven of whom have recanted their testimony. A former jury member at the trial came forward to say that if she knew then what she knows now, the verdict would have been not guilty.

So many of the factors in Troy's case are commonplace throughout the criminal justice system. Like the pattern of naked racism: Blacks are around 12 percent of the U.S. population, yet they make up 41 percent of the people who sit on death row. Someone accused of killing a white person is five times more likely to be executed than someone accused of killing a Black person, according to a report from the Criminal Justice Project of the NAACP Legal Defense and Educational Fund.

The state of Georgia's determination to prevent Troy from getting a new trial shows how far those in charge will go--even murdering a man who millions of people recognized was innocent--rather than admit the flaws in their system.

Because when these flaws are acknowledged--the racism and discrimination that runs through the machinery of death, the arbitrary character of who goes to death row, the weakness of what passes for "evidence"--then the whole case for the death penalty unravels. That's what happened in Illinois, where a Republican governor declared a moratorium on executions and eventually cleared death row because he couldn't be sure an innocent man wouldn't be put to death.

For many thousands of people around the world, Troy Davis has put a face on a justice system that dehumanizes people, criminalizes them and locks them away--or worse. They realize that the political leaders and public institutions in the "world's greatest democracy" weren't just asleep at the wheel in the Troy Davis case--they were complicit.

The police, the prosecutors, the courts, the parole board, the politicians, the media--they all failed Troy Davis. So it was up to Troy and people organizing on his behalf to take a stand and to give confidence for others to stand up, too.

Troy Davis's case has exposed everything that's wrong with the death penalty and the criminal justice system as a whole--its racism, it capricious character, its punishment of the poor--and it moved thousands of people into action, people who see their own struggles in Troy's and who have found a voice of their own.

We who rallied for Troy Davis will never forget him. For all the people who took action for him, Troy's suffering exposed the true awfulness of the system.

The shock and outrage at an injustice like this one will last a lifetime for those who stood vigil as he was put to death. What was done to Troy--and what we did to try to stop it--will shape our ideas, our understanding and our actions as we continue the fight to the end the death penalty once and for all, and build a new world where such atrocities never happen again.