Hunger strikes by prisoners and campaigns by activists have helped send the message that solitary confinement is a form of torture, reports Lee Wengraf.

ABOUT 40 protesters gathered July 9 outside the offices of New York City’s Department of Correction (DOC) to protest solitary confinement and torturous conditions in the city’s jails. Chanting “We demand prisoners’ rights, together we stand, together we fight!” and “People suffering by the hour, what do we do? Fight the power!” protesters leafletted a Board of Corrections meeting led by Department of Correction Commissioner Dora Schriro. Schriro infruriated activists earlier this year by her defense of solitary confinement and other department practices she claims are ”progressive and highly effective”.

Although its jail population is falling, New York City has one of the highest rates of solitary confinement in the nation, and the Department of Correction has recently proposed upping the number of solitary cells to 1,215, an increase of 69 percent. In the last two years, the DOC has increased its use of punitive segregation at Rikers Island by 44 percent. Over 13,000 prisoners are incarcerated at Rikers and other NYC jails each day. Many of these are prisoners awaiting sentencing, held because they cannot afford bail. 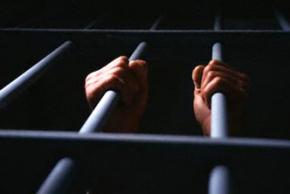 Rikers Island is notorious for what JAC activists call a culture of brutality. In October 2008, Christopher Robinson bled to death in a guard-run prisoner fight club known as “the program.” Robinson was being held on a minor parole violation for missing curfew. In May 2012, the Legal Aid Society filed a lawsuit alleging rampant brutality on the part of corrections officers.

Victor Herrera spent more than four months in isolation, known as “the Bing,” on Rikers Island. “Every need has to be met by the [corrections officers]," he says. “They don't care about the inmates, they have this view that inmates are the lowest on the totem pole, that they're trash.”

JAMES RIDGEWAY and Jean Casella describe in a recent Nation article the shocking conditions in solitary confinement across the state of New York. Relegating prisoners to solitary, they write, is a regular occurence:

A common misconception is that solitary confinement is a punishment of last resort, reserved for inmates who present a threat of violence or escape. The reality—especially in New York, which has the highest rate of “disciplinary segregation” in the country—is that it’s very much a punishment of first resort, doled out for minor rule violations as well as major offenses. In New York, the most common reason for a stint in solitary is creating a “disturbance” or “demonstration.” This can mean anything from mouthing off to guards to fomenting a riot, and it often involves inmates with psychoses or other psychiatric problems…[T]he prison system is in effect rigged to keep its plentiful isolation cells filled, and thousands of inmates spend weeks, months, years, even decades in solitary.

The crisis of solitary confinement has been pushed into the national spotlight by resistance on the part of prisoners themselves, such as the hunger strike launched July 1, 2011, by California prisoners at Pelican Bay, Corcoran and other facilities. As many as 6,600 inmates participated in the protest. Since that time, prisoners have led several hunger strikes in facilities across the country to demand improved conditions and an end to isolation, including at Virginia’s Red Onion Prison, the Georgia Diagnostic and Classification Prison and the Ohio State Penitentiary.

Noting that the U.S. holds more prisoners in solitary than any other nation, Sen. Dick Durbin (D-Ill.) convened a June 19 hearing on solitary confinement by a Senate Judiciary Subcommittee. In his home state, said Durbin, 56 percent of prisoners have spent time in segregation. According to the Bureau of Justice Statistics, U.S. prisons held 81,622 people in some kind of isolation cell in 2005.

Like all death row inmates, I was kept in solitary confinement. I lived under some of the worst conditions imaginable with the filth, the food, the total disrespect of human dignity. I lived under the rules of a system that is literally driving men out of their minds…There was a slot that’s called a pan hole, and that’s how you would receive your food. I had to sit on my steel bunk like a trained dog while the officer delivered my food tray…

The food lacks the proper nutrition, because it is either dehydrated when served to you, or perhaps you’ll find things like rat feces or a small piece of broken glass. There is no real medical care. I had no television, no telephone, and most importantly, I had no physical contact with another human being for at least 10 of the 18 years I was incarcerated.

Juan Mendez, the United Nations Special Rapporteur on Torture, declared in 2011 that solitary confinement constitutes a form of torture. With attention focused on the barbarism of solitary confinement, now is the time to push for a ban. A long campaign in New York State finally won the “SHU exclusion bill” in 2008, banning its use for the mentally ill. Some states like Mississippi are beginning to take steps towards reform, but there is still a long way to go. Solidarity with prisoners fighting these conditions, as well as with activists outside the walls, is urgently needed.