Verizon battle continues on the first day back

Amy Muldoon, a Communications Workers of America member at Verizon and shop steward in New York City, reports on how the first day after the strike played out.

THE STRIKE might be over, but the battle between Verizon workers continues.

When 39,000 union members returned to work June 1 after winning their 45-day strike, Verizon management was prepared to quickly re-establish its control over the workplace. But in many locations, the company's plans backfired spectacularly, leading to major confrontations in at least five locations in and around New York City.

After a strike that took up such critical issues as job security and outsourcing work, the blow up on the workers' first day back stemmed from a seemingly minor dispute over uniforms.

For the last several years, technicians at Verizon who come into contact with customers have been required to wear collared uniform shirts bearing the Verizon logo. When workers retuned to work last Wednesday, some showed up without the required attire. In many cases, they wore union shirts instead.

Managers responded by taking a hard line, according to Javier Espinosa, a Communications Workers of America shop steward in Manhattan, telling workers at his garage, "Welcome back. Nothing has changed. If you don't have your shirts and boots on, you won't be paid." 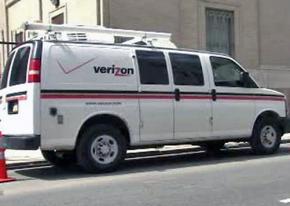 Coming on the heels of a bitter strike--so bitter, in fact, that some techs reportedly didn't have their uniforms because they had burned them--this was a clear provocation. During the walkout, scabs and these same managers confronting workers had never worn uniforms as they tried--and failed--to do installation and repair work done by union workers. In fact, at many sites, managers weren't even wearing the logo shirts on June 1.

"That ignited everyone," explained Espinosa. Even techs who had arrived in uniform took theirs off in support of the members who were being threatened.

This scene played out in garages across New York City and Long Island. In some cases, managers relented and let technicians work without "proper" attire. In at least five locations, entire garages elected to be sent home. At some of these locations, workers came back after a few hours wearing the uniform, but at others, they chose to stay out and lose pay for an entire day rather than be divided by management.

"Today was important to us as a garage." said Espinosa. "We stood up to management in a way everyone wanted to, but no one knew how."

ONE OF the key issues of the strike was Verizon's abusive treatment of the 39,000 members of Communications Workers of America and International Brotherhood of Electrical Workers. For example, during negotiations, the company demanded the right to transfer Verizon workers to jobs anywhere in its multistate network for months at a time.

But Verizon strikers stood tough during 45 days on the picket line and forced the company--so certain it was in the drivers' seat before the walkout--to retreat on its main union-busting proposals, including the out-of-state transfers.

Now that the strike is over, members aren't afraid of retribution for the moment--but it's clear that Verizon management won't stop trying to drum out the hard-won confidence of union members.

The question is whether union Verizon workers can keep up the momentum now that they are back on the job. Management is set on confrontation, and the unions had better be set on the same thing.

The technicians involved in the June 1 confrontations have already begun using their new unity and greater leverage to improve the environment at their work locations. That's an excellent start.