Why the NGOs won’t lead the revolution

The criticisms that socialists make about the organizing model of NGOs are connected to our understanding of socialism and how change is made, writes Leela Yellesetty.

FOR MANY who are outraged and want to do something about the human suffering and environmental devastation wrought by capitalism, volunteering or working for a nonprofit or non-governmental organization (NGO) is a natural place to turn. So why do socialists think this isn't the best way to address the problem?

There is no shortage of such organizations today. Most of them are engaged primarily in direct service work, providing a whole spectrum of needed resources such as housing, food, health care, child care, legal defense and so on. Often, these services fill the gap left by cuts in government funding and are a lifeline for those who otherwise couldn't afford or wouldn't have access to a basic necessity.

There are, of course, problems with some of these organizations: Many overwork and underpay their employees while executives award themselves fat paychecks. Unlike governmental agencies, they are free of any democratic accountability and can choose to impose their religious or political views on those they serve or employ.

But even for organizations which do good, needed work and genuinely attempt to be responsible and accountable to the communities they serve and the people who labor for them, there is a built-in limitation: They are only addressing the symptoms and not the cause of the problems.

In The Revolution Will Not be Funded, an anthology edited by INCITE! Women of Color Against Violence, Paul Kivel discusses this issue for nonprofits working around domestic violence:

In our violent world, the needs and numbers of survivors are never-ending, and the tasks of funding, staffing, and developing resources for our organizations to meet those needs are difficult, poorly supported, and even actively undermined by those with wealth in our society.

For many engaged in direct service work, it can feel like they are frantically bailing out water from a sinking boat. But even so, as Kivel goes on to note, there is a built-in tendency among these organizations not to try and fix the leak: "While there is always the risk of not securing adequate funding, there is a greater risk that if we did something to really rock the boat and address the roots of the problems, we would lose whatever funding we've already managed to secure." 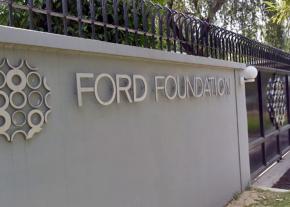 A smaller subset of nonprofits and NGOs are focused on social change work, sometimes in combination with direct service. These are the organizations we are most likely to encounter in activist work and community organizing. Indeed, groups that form out of grassroots movements often go on to establish nonprofit status in order to seek funding and other means to sustain their organizations.

Many of these groups are engaged in important efforts that we as socialists support. But while we seek to unite in common action around shared goals whenever possible, we also argue that there are inherent limitations and often real pitfalls to the NGO model of social justice organizing.

FIRST AND foremost, to the extent that NGOs rely on funding from the wealthy and powerful, there are inevitable limits to their activities determined by what is deemed acceptable to their backers. While many corporate foundations give to social causes--with the added incentive of a nice tax break--they are unlikely to fund projects aimed at directly challenging the inequality that helped them amass their wealth in the first place.

In Socialism: Utopian and Scientific, Frederick Engels described how the utopian socialists of his day came up against this challenge. He writes of one prominent reformer, Robert Owen:

As long as he was simply a philanthropist, he was rewarded with nothing but wealth, applause, honor, and glory. He was the most popular man in Europe. Not only men of his own class, but statesmen and princes listened to him approvingly. But when he came out with his Communist theories that was quite another thing.

Corporate-backed foundations get to pick and choose where their funds go--which means they often go to things that quite transparently serve their own interests.

The Bill and Melinda Gates Foundation, for instance, generously donates computers to schools and libraries across the country, incidentally helping to accustom new generations of consumers to Microsoft products. It also heavily invests in pharmaceutical research, which also just so happens to bolster intellectual property rights that companies like Microsoft depend upon.

But beyond immediate business interests, these foundations play a larger role in ideologically reinforcing the status quo and actively policing the boundaries of challenges to it. In The Revolution Will Not Be Funded, INCITE gives one example of how this has worked historically:

From their inception, foundations focused on research and dissemination of information designed ostensibly to ameliorate social issues--in a manner, however, that did not challenge capitalism.

For instance, in 1913, Colorado miners went on strike against Colorado Fuel and Iron, an enterprise of which 40 percent was owned by Rockefeller. Eventually, this strike erupted into open warfare, with the Colorado militia murdering several strikers during the Ludlow Massacre of April 20, 1914. During that same time, Jerome Greene, the Rockefeller Foundation secretary, identified research and information to quiet social and political unrest as a foundation priority. The rationale behind this strategy was that while individual workers deserved social relief, organized workers in the form of unions were a threat to society.

So the Rockefeller Foundation heavily advertised its relief work for individual workers while at the same time promoting a pro-Rockefeller spin to the massacre. For instance, it sponsored speakers to claim that no massacre had happened and tried to block the publication of reports that were critical of Rockefeller.

In Capitalism: A Ghost Story, writer Arundhati Roy describes how this plays out on a global level today:

Of the millions of NGOs, some do remarkable, radical work, and it would be a travesty to tar all NGOs with the same brush. However, the corporate or foundation-endowed NGOs are global finance's way of buying into resistance movements, literally as shareholders buy shares in companies, and then try to control them from within. They sit like nodes on the central nervous system, the pathways along which global finance flows. They work like transmitters, receivers, shock absorbers, alert to every impulse, careful never to annoy the governments of their host countries. (The Ford Foundation requires the organizations it funds to sign a pledge to this effect.)

Inadvertently (and sometimes advertently) they serve as listening posts, their reports and workshops and other missionary activity feeding data into an increasingly aggressive system of surveillance of increasingly hardening states. The more troubled an area, the greater the numbers of NGOs in it.

THE RISE in prominence of nonprofits in social justice organizing is a relatively recent phenomenon and in many ways is the result of a deliberate strategy by ruling elites to channel and contain the radicalizing social movements of the 1960s and '70s.

In a meeting with civil rights organizations following their campaigns of mass civil disobedience, Attorney General Robert Kennedy told activists, "Why don't you guys cut out all that shit, freedom riding and sitting-in shit, and concentrate on voter education...If you do that I'll get you a tax exemption."

Some organizations like the Congress on Racial Equality (CORE) accepted large grants from the Ford Foundation in return for focusing their efforts on electing Black politicians and promoting Black businesses--activities which were fully acceptable to the ruling class.

Organizations which maintained their independence and fought for more radical change--even when they also engaged in direct service work independently, like the Black Panther Party--were instead ruthlessly repressed.

A related problem with this model of organization is it usually lacks any structures of democratic decision-making.

In order to qualify for tax-exempt status, nonprofits are required to organize themselves in a hierarchical corporate structure and establish strict bylaws. They are not required to be accountable to members or volunteers and are compelled to instead to be accountable to those who fund them. In addition, many nonprofits compete for the same funding, thereby hindering collaboration between them.

Malcolm X made the following observation when he attended a convention of the NAACP:

And one of the things I learned is they only charge, I think, $2.50 a year for membership, and that's it. Well, this is one of the reasons that they have problems. Because any time you have an organization that costs $2.50 a year to belong to, it means that that organization has to turn in another direction for funds. And this is what castrates it.

Like Malcolm X, socialists contend that democratic control of movements and organizations is not an added extra, but a necessity for success. Even in the struggle for immediate reforms, having the widest possible participation and democratic debate allows us to collectively assess and determine the most effective strategies.

WHEN NONPROFITS and NGOs implement strategies that are ineffective or even counterproductive to our goals, there is no way for the movement to hold them accountable or get them to change course.

But even when they are successful in winning immediate changes, this top-down approach relegates the majority to the role of passive recipients rather than active participants in their own liberation. This is major problem in the long run if we are to win lasting, system change.

In his pamphlet The Two Souls of Socialism, U.S. socialist Hal Draper explained why revolutionary Marxists take a different approach:

What unites the many different forms of Socialism-from-Above is the conception that socialism (or a reasonable facsimile thereof) must be handed down to the grateful masses in one form or another, by a ruling elite which is not subject to their control in fact. The heart of Socialism-from-Below is its view that socialism can be realized only through the self-emancipation of activized masses in motion, reaching out for freedom with their own hands, mobilized "from below" in a struggle to take charge of their own destiny, as actors (not merely subjects) on the stage of history.

This is why our emphasis is on building up the confidence and self-organization of the widest possible layers of ordinary people. Only through our collective struggle do we have the power to both bring capitalism to its knees and become capable of reorganizing society in our own interests. No nonprofit, however well-intentioned, can do it for us.

Why are there still famines?