Does the Bitcoin frenzy make any sense at all?

Tyler Zimmer explains how the strange story of a "crypto-currency" reveals the underlying irrationality of a system that's designed to work for the rich only.

JUST A few years ago, a single Bitcoin cost only a few cents. Today, each one is valued in the tens of thousands of dollars. In the last year alone, prices have risen more than 1,600 percent--which has made Bitcoin front-page news.

Pause for a moment to think through what this state of affairs says about the capitalist system.

Defenders of capitalism are fond of saying--often in a smug, patronizing way--that critics of the system simply don't "understand how markets work." If only we'd just let capitalism work its magic, perfectly efficient allocation would result--everyone would get exactly what they deserve (and no more), and society would enjoy optimal outcomes for all.

Needless to say, this isn't the way capitalism actually works.

The obvious example to point to would be the 2007-08 global economic meltdown, but we might just as well reference the fact of stagnant real wages for workers, soaring income and wealth inequality, and steadily worsening ecological destruction, to name only a few examples of capitalism's ills.

To these examples, the right wing responds with a mixture of dismissiveness on the one hand--"climate change is a myth and inequality isn't that bad"--and stubborn insistence that the solution to every problem is even more privatization, corporate tax breaks, spending cuts and deregulation on the other.

Neither side of this response is an answer, of course--because capitalism inherently, not accidentally, produces recurrent economic crises, material deprivation, ecological destruction and inequality. Irrationality is a constituent feature of capitalism, not an aberration caused by meddling state interference.

THAT BRINGS us back to Bitcoin. Far from being evidence of a rational, efficient core at the heart of the system, the current Bitcoin craze is a classic example of an asset bubble that will, sooner or later, burst.

It's worth dissecting the dynamics that produce such waves of speculation, because they cast serious doubt on the rose-colored-glasses view that markets always produce optimal results for all. 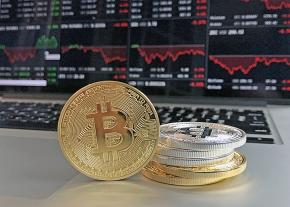 Capitalism is, of course, a system based on private ownership and control of capital, in which those owners make decisions in the marketplace based on what they think or hope will maximize their wealth.

Even the system's defenders concede that these actors aren't fundamentally making decisions based on what other people need or want--their immediate goal is maximum return on investment.

Alfred P. Sloan, a long-time CEO of General Motors, once said that "it is the business of the auto industry to make money, not cars." He was right. For the capitalist investor, it's immaterial "where" whether funds are invested in the actual production of goods and services or in any manner of arcane financial instruments. All that matters is that the investment generates the desired returns.

Return to Bitcoin. Right now, Bitcoin prices, though volatile, are still on the upswing, which incentivizes investors to hop on the bandwagon in the hope of reaping profits from speculation--from buying low and selling high.

Indeed, this desire to buy low and sell high is driving the bubble, not any widespread allegiance to the ideological underpinnings of Bitcoin, which, as Doug Henwood points out, are spurious. This, in turn, creates a positive feedback loop: more investment drives up prices even more, which then encourages even more investment, and so on and so forth.

Let's step back for a moment and take stock: Right now, millions of dollars are flowing into Bitcoin and other "crypto-currencies," even though they are accepted by almost no one, and few, if any, large businesses use them to keep their books.

But investors, motivated by the opportunity to reap short-run speculative gains, don't care that the thing--can we even call it that?--they're buying is of no immediate use to them. Because so many people are already betting on prices continuing to climb, prices are pushed up even more--thereby incentivizing even more investment.

Under any plausible definition of rationality, this speculative frenzy is irrational.

To judge from past examples of asset bubbles, at some point, the surge will stall out, and panic will set in. Those seeking speculative gains will try to cash out and reap their reward. But not everyone will cash out as a winner. Once the rush to sell begins, prices plummet, producing the opposite effect that drove the bubble in the first place.

This process is more or less exactly what happened to the stock market bubble of the late 1990s, the credit market and housing bubbles of the early 2000s, and many other cases.

And today, it's not just crypto-currencies where we see these dynamics at work. The Dow Jones Industrial Average is up 24 percent compared to this time last year--and real estate prices are on the rise as well. As even the OECD's economists recognize, all of this is the predictable result of an economic climate in which the ruling class is flush with surplus cash to invest, but few opportunities for profitable investment in the real economy.

THIS IRRATIONAL, self-destructive process is what we should expect from an unplanned, profit-driven economic system. Uncoordinated individual investors act to maximize short-run gains--and the collective result of their behavior is often disastrous, even for tens of millions of people who play no direct role whatsoever in fueling these speculative bubbles in the first place.

As always, it's important not to miss the dynamics of class struggle at work here.

For workers--those of us with no way to earn a living except by selling our ability to work for whatever price we can get for it--these frenzies in response to asset bubbles offer neither opportunities for substantial speculative gain, nor hope for macroeconomic stability that might result in rising wages and low unemployment.

First of all, what gains are to be had will be appropriated privately by a small number of wealthy people with lots of extra cash to invest. And whatever fallout results from the bursting of the bubble will probably not be shared evenly--as the 2008 crisis demonstrates, workers are usually the ones who bear the brunt of the mess after the ruling class's speculative party is done.

Second, rising asset prices don't necessarily mean wages will rise, too, nor are they necessarily a sign of an increase in business investment resulting in new job creation.

If the last few years are any indication, we can expect that most gains from speculation will be either hoarded by the rich or plunged back into more investment in asset bubbles--and the inevitable losses when the market takes a turn for the worse will translate into downsizing, layoffs, speedup and so forth as financially strapped capitalists look to make up their shortfalls by squeezing workers even more.

All this begs some questions: How can anyone say that capitalism is a system that efficiently meets human needs when it is often highly profitable (for some) to speculate on casino-like financial markets that have nothing to do with human needs in the first place?

How can the ideologists of capitalism say that they system maximizes efficiency when it misdirects massive sums of resources into self-destructive waves of speculation that leave millions of people worse off when the bubble bursts?

In a world desperately in need of massive new investment in health, education and ecologically sustainable energy and technology, how can anyone think that this shortsighted, anarchic, profit-driven system is the best that humanity can hope for?

Let's hope that wave of support for the left continues. And let's hope it offers up the possibility of breaking free from the tyrannical grip of the profit system.