Keeping up the fight at UPS

Donny Schraffenberger, a Chicago-area UPS worker and member of Teamsters Local 705, explains what's at stake in the ongoing contract battle against Big Brown.

RANK-AND-FILE UPS Teamsters are in a contentious contract battle against a ruthless company, and at the same time are taking on a union leadership that's been far too willing to agree to UPS's concessionary demands.

UPS contracts covering some 250,000 Teamster package and freight workers expired on July 31. Members ratified the national UPS contract by a close vote of 53 percent to 47 percent. However, 18 supplements and riders that pertain to certain regions and locals went down to defeat during the first round of voting. Under a complicated bargaining and voting process, the national contract can't be implemented unless all supplements and riders are approved throughout the country.

In round two of voting, some of the supplements have been defeated again. In the areas and locals where members voted "no" again, more bargaining needs to be done, and another vote taken. If that particular supplement or rider is defeated a third time, a strike vote would be taken for those affected.

Contracts, supplements and riders covering some 75,000 Teamsters still need to be negotiated and voted on. So the contract fight at UPS is far from over. The contract at UPS Freight, which has a separate national deal, went down in a massive defeat, yet there is no word when another tentative agreement will be reached and voted upon. 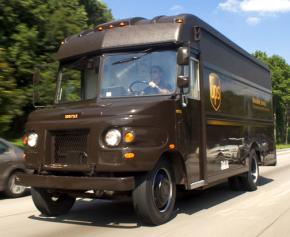 We are heading into peak season--when UPS has a high volume of packages during the November and December holiday months--without a new contract.

UPS HAS made billions of dollars in profits, even during hard economic times. CEO Scott Davis made $10.7 million last year and $13.1 million in 2011 in total compensation.

The company is expanding around the world. UPS stock is at or near record highs at $90 plus per share. Big shareholders are no doubt almost drowning in champagne and caviar, celebrating their riches. Dividend returns have more than tripled since UPS went public in 1999, and are up again 9 percent this year. Since becoming a publicly traded company, UPS has acquired more than 40 logistics companies around the world.

Yet instead of spreading the wealth to the employees that have made these profits possible, the exact opposite is taking place. The company is trying to force a concessionary contract on its Teamster workers, with the help of General President James Hoffa, General Secretary-Treasurer Ken Hall and most of the Teamster officials with a few exceptions.

Health care is under attack. The company is agreeing to give control of health care to the union. This would be great if our plan was better or at least remained the same. Instead, this new plan, TeamCare, is actually less comprehensive and will implement an annual deductible in the last year of the contract.

The plan was so bad that chief negotiator Ken Hall--forced from pressure from below by the no vote campaign--had to renegotiate it after the first round of voting. Yet it's still not good enough.

UPS has a terrible safety and injury record. The backbreaking work of moving packages that can weigh up to 70 pounds for an individual and 150 pounds for more than one worker takes its toll on the body. We need our comprehensive health care plan, because it's almost a given that a worker will eventually get injured at UPS.

Many part-timers work at UPS for the good health care, even though the job pays ridiculously low wages for new workers. Pay has only risen 50 cents for part-time new hires since 1982 to $8.50 an hour, below the minimum wage of some states.

This new contract would raise pay to $10 an hour. But this is not enough. By the end of the contract in 2018, this will probably be below the minimum wage in some parts of the country. Non-union workers are fighting for $15 an hour. We should be fighting for that, too!

Only 2,350 new inside full-time jobs will be created across the country. UPS relies on a low-paid, expendable part-time workforce inside the hubs. The nationwide 1997 strike forced the company to create 10,000 full-time jobs when 60 percent of UPS workers were part-timers. In my building, the CACH facility, workers are waiting a minimum of 14 years to win a bid for an inside full-time job. It's the same or even worse elsewhere.

At the same time that there are not enough inside full-time jobs, workers on the outside driving the brown package cars are working excessive overtime. Management keeps adding more stops on its drivers. Many drivers work more than 12-hour days almost every day. We need to decrease their loads and force the company to create thousands more package car jobs.

OUR UNION leaders have tried to force this contract on us. Yet in many sections of the country, rank-and-file Teamsters have stood up on their own, independent of the union officialdom.

A Vote No campaign from below is being conducted on the local level with Vote No flyers, T-shirts, signs and demonstrations. There is a Vote No Facebook page that has shown that we're not fighting alone in our hubs and locals. There are debates and arguments. In some locals, rank-and-file Vote No activists are running for union office. Teamsters for a Democratic Union has been a great resource for getting information out to UPS Teamsters.

Local 89 in Louisville, Ky., the largest UPS facility in the country, has had almost a 90 percent no vote in both of the two times it voted.

In Local 705 in Chicago, we have a separate contract with UPS. Our bargaining team is waiting for the national contract and all its supplements and riders to be enacted before they try to get a tentative agreement. This can't be accomplished because the Vote No movement has stopped the contract in its tracks.

We have an indefinite extension on our old contract. We don't have to wait. The time to act is now, when we will have the greatest leverage. We should end the contract extension, and take a strike vote like we did last contract.

Peak season, the holiday season when we are flooded with packages, is almost here. UPS management needs us more than ever during peak. Back in December 1998, we went on an eight-hour strike in Chicago during peak that stopped the company cold.

During the last contract talks, nearly 3,000 workers showed up at the hall to vote to go on strike. Chicago is central to UPS. CACH is the largest ground hub in the country. We process 2 million packages a day during peak. When we shut down, it affects package flow across the whole system. Local 705 can lead the way, alongside Local 89, and other locals that are willing to fight back.

Hoffa, Hall and other Teamster leaders might want to surrender to UPS, but areas that vote no a third time can force them into taking a strike vote.

On my union card is the slogan "Stop the war on workers." The company won't stop this war on its own, a war that it has been winning. It is time our union leaders join us in the fight or get the hell out of the way!