A Labor Department that cheats labor

Elizabeth Schulte reports on how the Labor Department is protecting the employers who cash in on workers' suffering.

U.S. DEPARTMENT of Labor? They might as well call it the Department of Employers.

Under the Bush administration, the Labor Department, which is supposed to look after the rights of workers on the job, is instead looking after the employers' bottom line.

According to two new reports by the Government Accountability Office (GAO), the Department of Labor's Wage and Hour Division (WHD) allowed complaints of bosses not paying wages to millions of workers to go ignored. The WHD is responsible for enforcing the Fair Labor Standards Act (FLSA), the 1938 law that established the minimum wage and workers' right to overtime pay.

On July 15, the House Labor Committee heard testimony from GAO investigators Anne Marie Lasowski and Greg Kutz, among others, who described cases of employers shirking minimum wages, overtime pay and a ban on child labor practices without any fear of reprisals--as if there were no rules at all.

Kutz cited a complaint of a child labor violation at a farming and trucking employer in Hamilton, Texas, which involved children operating large machinery. According to WHD records, investigators dropped the case after they failed to locate the employer--according to the 2000 Census, Hamilton has a population of just under 3,000 people--through Internet and phone book searches. During its investigation, the GAO was able to easily identify the company through public records searches. 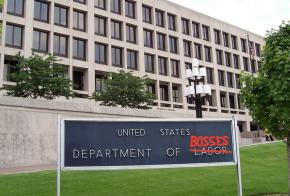 GAO investigators found that instead of investigating complaints of employers refusing to pay workers what they were owed, officials regularly referred workers to private lawyers that, in most cases, cost more than a low-wage worker could afford. In other cases, the Labor Department official closed the case after making a call to the employer--regardless of whether the worker collected their wages.

Between 2000 and 2007, 52 percent of workers' complaints were settled as "conciliations" conducted over the phone, according to Lasowski's GAO report. The investigator described conciliations as "the quickest type of enforcement action--taking two-and-a-half hours, on average, compared to nearly 35 hours, on average, for other types of enforcement actions."

In some cases, according the GAO reports, the WHD dropped their investigation after the employer admitted that they had refused to pay the worker, and then simply advised the worker of their right to file a private lawsuit.

Kutz reported on a case of a cook in Ohio who filed a complaint that he wasn't being paid for overtime. The WHD investigator "did not perform any actions for 15 months, citing a backlog of cases," Kutz said. "The investigation was dropped after 15 months when the investigator saw a news article showing that the business in question had closed."

Kutz also described a case of a repeat offender that got off without so much as a slap on the wrist. A complaint against a garment factory in Santa Fe Springs, Calif., involving $60,000 in unpaid wages to 24 workers was dropped after the "WHD was informed that the company was changing its name and was unable to make final contact with the owner," Kutz said.

UNDER THE Bush administration, the number of WHD investigations has fallen dramatically. According to the GAO, from 1997 to 2007, the number of WHD enforcement actions decreased by more than a third, from approximately 47,000 actions in 1997 to just under 30,000 in 2007.

If you take into account the percentage of WHD actions initiated by workers, rather than by the government department that is supposedly charged with protecting workers, the picture of a do-nothing organization becomes plain as day.

The most likely targets of this wage abuse are low-wage workers--people hit the hardest by a loss of wages and with the least financial resources to fight for their rights. According to Kutz's report:

One can only hazard to guess where the homeless worker is now.

These are the workers who most need the protection of labor laws. Instead, the Labor Department is protecting the people who are cashing in on their suffering.

Kim Bobo of the Interfaith Worker Justice, who also testified at the July 15 hearing, told the committee: "Millions of workers have wages stolen each and every year. Workers are confused by the laws and unsure which agencies can help them. Employers understand that the consequences of stealing wages are negligible. Wage stealers have no fear."