A guide to the Wall Street meltdown

Lee Sustar explains how the Wall Street financial crisis grows out of the chaotic nature of the capitalist system.

MANY PEOPLE are understandably frustrated when they try to make sense of the world financial crisis based on what they read in mainstream newspapers.

These papers typically fence off business news into a special section dominated by jargon. Until the economic crisis broke, television news anchors rarely mentioned the economy except to give stock market reports or figures on economic growth.

Then there are specialized business newspapers, like the Wall Street Journal, that are off-putting to working people, and intentionally so. Their audience is a select group of executives and investors who write and speak in a kind of code. They use terms like "maximizing productivity" to mean making people work harder for less, and "restructuring" to describe factory closures and mass layoffs.

And when it comes to the financial jargon you read in the press, that's even more impenetrable. Is the entire world economy really in crisis because investors poured money into something called "mortgage-backed securities"? 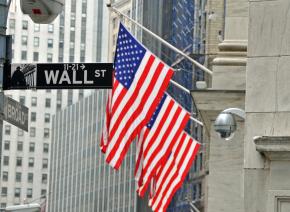 TO UNDERTAND the financial crisis, it's best to step back and look at how the capitalist system really works.

More than a century ago, Karl Marx put forward the first scientific understanding of the dynamics of capitalism. The driving force of the system, he argued, was blind competition between rival capitalists. Instead of organizing their business around the priority of meeting human needs, these capitalists seek to maximize profits. They do so by paying workers for only part of the value that they produce, and keeping the surplus for themselves for profits, which are then used to finance investments to further expand production.

By the second half of the 19th century, capitalist enterprises had become too big to rely simply on their own profits to finance expansion. Traditional loans from banks weren't sufficient either. But if a given company didn't expand, it would lose out to its competitors.

The capitalist solution was to raise money by selling ownership shares (also called stocks) in companies, as well as borrowing money by selling bonds (a promise to repay investors what they put in, plus interest).

As Marx wrote in Capital Volume 3, credit greatly expands the "scale of production, and enterprises which would be impossible for individual capitalists." This accelerated the development of capitalism--by eliminating the need for all transactions to directly involve the exchange of money, which sped up the rate at which commodities could circulate in the economy, something that was essential for the growth of a world market.

The expansion of what later Marxists called "finance capital" created what Marx called "money capitalists"--investors who have no direct relationship to the actual production of goods.

Finance capital played a decisive role in the creation of modern corporations a century ago by organizing the mergers that led to monopolization of entire industries. The credit system, according to Marx, "reproduces a new financial aristocracy, a new kind of parasite in the guise of company promoters, speculators and merely nominal directors; an entire system of swindling and cheating with respect to the promotion of companies, issue of shares and share dealing. It is private production unchecked by private ownership."

IT IS this type of speculation and gambling on the financial markets that set the stage for today's economic crisis.

For the past three decades, both Republican and Democratic governments have pursued deregulation of banks and financial markets. This was a central part of the pro-market, neoliberal economic program--and it freed Wall Street from regulations that date from the Great Depression of the 1930s that followed the financial crash of 1929.

Deregulation resulted in the creation of a "shadow banking system" that handles $10 trillion of financial activities--equal in size to the traditional, regulated banking system.

Much of the shadow banking system revolves around so-called "hedge funds," which allows pools of private investors to speculate on various trends in the economy--movements in the value of national currencies, interest rates and more.

Many hedge funds specialize in trading "derivatives"--that is, financial instruments that are "derived" from the value of an underlying stock, bond or other security. The managers of these funds are often mathematicians, who use computer models to calculate these debts and execute billions of dollars in financial trades with the flick of a few keys.

For a long time, it seemed as if nothing could go seriously wrong, as the Wall Street banks pulled in enormous profits in these new, unregulated markets. One crisis was averted in 1998 when a hedge fund, Long Term Capital Management, made a bad bet on derivatives related to the Russian currency, the ruble, and went bankrupt. The U.S. Federal Reserve had to line up several big Wall Street banks to bail out the fund and avoid a freeze-up of the credit system that might have taken place if a chain reaction followed Long Term Capital's collapse.

Almost exactly 10 years later, however, the credit markets are once more freezing up. Again, the reason is a series of bad bets by traders of derivatives. Only this time, almost every big U.S. and European bank is involved, with potentially devastating consequences for the world economy.

Here's where the housing bubble comes in. To see why, it's useful to look briefly at the main trends in the U.S. economy in recent decades.

Workers' wages in the U.S. have been stagnant since 1973, with family income increasing only because of the increased numbers of women in the workforce and people working longer hours. But in the economic expansion that began in 2001, family income actually declined--the first time this has happened since the Second World War.

Today, some 26.4 percent of U.S. workers work for poverty wages, and during the 2000s economic expansion, workers' productivity grew by 11 percent, while real wage gains (after inflation is taken into account) amounted to nothing.

At the other end of the spectrum, the richest 1 percent saw its overall share of annual earnings almost double from 7.3 percent in 1979 to 13.6 percent in 2006, the most recent year for which figures are available. The top 0.1 percent did even better--their annual earnings increased 324 percent from 1979 to 2006, to more than $2.2 million.

This accumulation of wealth by the very rich underpinned the growth of hedge funds and other forms of financial speculation.

As a result of this inequality, workers had to go into debt to maintain their standard of living. Americans have $2.6 trillion in consumer debt, up 22 percent just since 2000. Millions of people borrowed by taking out a second mortgages on their homes--a figure equal to $1.1 trillion by early 2008. By the end of 2007, mortgage debt was $10.5 trillion, more than twice the level of $4.8 trillion that existed in 2000.

Loans with low introductory "teaser" interest rates enticed workers to keep borrowing. People figured they could avoid paying the higher rates that were due to kick in later by simply refinancing. They were encouraged to believe that it would become possible to borrow on better terms in the future because the value of their homes was bound to increase.

Mortgage lenders saw this as a can't-lose proposition. They were able to sell the huge volume of loans to Wall Street banks, which bundled them into bonds known as mortgage-backed securities. These securities could then be sold off to other banks and investors around the world. The holders of these securities were supposed to get a steady stream of revenue as homeowners made their monthly mortgage payments.

The scheme was bound to run into trouble at some point--when the market was flooded with too many houses or a recession cut into homeowners' ability to make mortgage payments. But the problem was greatly magnified by the role of the shadow banking system.

By early 2008, the value of credit default swaps was an estimated $62 trillion--nearly five times the annual output of the U.S. economy. Once the U.S. housing market went into free fall, the companies that sold these credit default swaps, like the insurance giant AIG, were on the hook--but they don't have the money to cover the losses. That's why the supposedly free-market conservative Bush administration stepped in to nationalize AIG.

But the bad debt is everywhere--and it goes far beyond housing. Governments in the U.S. and Europe have been forced to nationalize banks to avoid a chain reaction that could take down the entire financial system. And now the Bush administration has gotten congressional approval to spend $700 billion of U.S. taxpayer money to buy up bad debts from U.S. banks--a colossal robbery of workers by the minority of wealthy parasites who presided over this catastrophe.

It's impossible to predict the depth or length of the unfolding economic crisis. But one thing is already clear: the neoliberal, free-market ideologues have been exposed as apologists for a system that will be ruthless in its attempts to make workers bear the costs of this crisis. Those who argue for a socialist perspective will find an audience open to alternatives to this chaotic system.