As part of the project of bringing his autobiography You Can't Be Neutral on a Moving Train to the screen, Howard Zinn provided a comprehensive reading list for activists interested in making their own history.

Gary Nash, Red, White and Black: The Peoples of Early America. A pioneering work of "multiculturalism" dealing with racial interactions in the colonial period.

Dee Brown, ed., Bury My Heart at Wounded Knee. A moving collection of statements and recollections by American Indians, which gives you their point of view in a vivid, passionate way.

John Hope Franklin, From Slavery to Freedom. The classic overview of Afro-American history by the nation's leading Black historian.

Vincent Harding, There Is a River: The Black Struggle for Freedom in America. Excellent start on Black history

Herbert Aptheker, ed., A Documentary History of the Negro People of the United States. An extremely valuable, I am tempted to say indispensable, collection--not at all dry, as are some documentaries.

Eric Foner, Reconstruction: America's Unfinished Revolution. A rich, vivid, epic-like narrative of those extraordinary years 1863 to 1877, by one of the leading "new historians."

Richard Drinnon, Facing West: The Metaphysics of Indian-Hating and Empire-Building. A brilliantly written account of imperial expansion by the United States, not just on the American continent against the Indians, but overseas in the Philippines and in Vietnam. 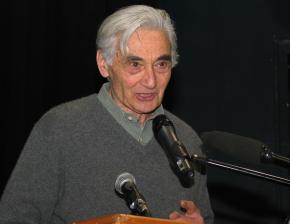 Samuel Yellen, American Labor Struggles. This brings to life the great labor conflicts of American history, from the railroad strikes of 1877 to the San Francisco general strike of 1934.

Gerda Lerner, ed., Black Women in White America: A Documentary History. A rare glimpse into the lives, the minds, the spirits of that doubly oppressed group, ranging from slavery to our time, a wonderful sourcebook.

Staughton Lynd and Alice Lynd, eds., Nonviolence in America. A valuable examination of the ideas, in their own words, of early Quaker dissidents, abolitionists, anarchists, progressives, conscientious objectors, trade unionists, civil rights workers and pacifists, from the colonial period to the 1960s.

Richard Hofstadter, The American Political Tradition. A classic of American history, beautifully written, an iconoclastic view of American political leaders, including Jefferson, Jackson, Lincoln, Wilson and the two Roosevelts, suggesting more consensus than difference at the top of the political hierarchy.

Noam Chomsky, Year 501. Here, the nation's most distinguished intellectual rebel gives us huge amounts of information about recent American foreign policy, and puts it into historical perspective, going back to the Columbus era.

Henry Hampton, Steve Fayer, with Sarah Flynn, eds., Voices of Freedom. An oral history of the Black movement for civil rights, from the 1950s to the 1980s, much of its material coming out of the research done for the TV documentary, Eyes on the Prize.

Ronald Takaki, Strangers from a Different Shore. Gives us what has been glaringly missing from our traditional histories, the story of Asian-Americans, from the early years of the republic, through the dramatic and tragic experiences of Chinese and Japanese immigrants, to the recent arrival of refugees from Southeast Asia.

On the pre-Civil War and Civil War period

James McPherson, Battle Cry of Freedom. Along with the traditional military history, there is a lot of political and social history and McPherson pays attention to the role of Black people in that whole period.

On the Reconstruction period

The classic by W.E.B. DuBois, Black Reconstruction. A direct counter to the traditional racist accounts of Reconstruction, presenting the narrative from the Black point of view.

On the civil rights movement

David Garrow, Bearing the Cross is the best biography of Martin Luther King Jr., pointing to those elements in his philosophy that have been ignored.

Also, Taylor Branch, Parting the Waters tells the story of the movement with more attention than is usually given to grassroots activists and to the young people in the Student Nonviolent Coordinating Committee.

An excellent photographic-essay supplement to these books, with wonderful photos and text is Memories of the Southern Civil Rights Movement by Danny Lyon.

Another unusual source book on the movement: Minds Stayed on Freedom: The Civil Rights Struggle in the Rural South. What makes this unique is that it consists of interviews conducted by young Black students in Mississippi--eighth and ninth graders--with older Black people who talk about the movement.

Todd Gitlin, The Sixties. A vivid history, well-written, thoughtful, by one of the activists of that era.

On the Christopher Columbus controversy

The Journal of Christopher Columbus. One of many editions of his account of his voyages.

Bartolme de las Casas, The Devastation of the Indies. The closest we can get to an eyewitness account of the terrorism inflicted on the Indians.

Kirkpatrick Sale, The Conquest of Paradise. A treasury of information about the Columbus experience and about the treatment of that experience through the centuries.

Hans Koning, Columbus: His Enterprise. A pioneering, succinct critique of Columbus and his forays.

Eduardo Galeano, Open Veins of Latin America. Continues the story of European conquest by tracing the relations between the United States and Latin America from Columbus down to our times. A poetic, powerful account.

Ronald Takaki, A Different Mirror: A History of Multicultural America. A sweeping and important survey of the history of ethnic groups (including Indians, Blacks, Jews, Irish, Asians, Chicanos and others). Unique.

Larry Gonick, The Cartoon History of the United States. Funny and remarkably rich in its content.

Philip Foner and Reinhard Schultz, The Other America. A fascinating art book--paintings and photographs--of the history of working people in the United States.

A few random suggestions for interesting novels, biographies and autobiographies that bring history to life

The various historical novels of Upton Sinclair (Boston, for instance, which fictionalizes, but with remarkable attention to historical accuracy, the Sacco and Vanzetti case).

The historical novels of Howard Fast, very readable, with original points of view. Among others, Freedom Road, about Reconstruction. Citizen Tom Paine, The American.

Dalton Trumbo, Johnny Got His Gun, a powerful antiwar novel written between the two World Wars.

Ron Kovic, Born on the Fourth of July, a moving memoir by a badly wounded Vietnam veteran who turned against the war.

John Steinbeck, The Grapes of Wrath, a powerful introduction to the Depression years.

The Autobiography of Malcolm X.

Emma Goldman, Living My Life, the fascinating story of this feminist-anarchist who outraged the nation in the early years of this century.

Richard Wright, Black Boy. About his growing up in the South.

Some useful fiction and non-fiction on women in U.S. history

Eleanor Flexner, A Century of Struggle. Overview of women's movements, with much colorful material.

Barbara Mayer Wertheimer, We Were There. A fine history of working women, from colonial times to the First World War .

Susan Cahill, ed., Women and Fiction. A rich and wonderful collection of short stories by some of the greatest women writers.

Mel Watkins and Jay David, eds., To Be a Black Woman. Essays and fiction by and about Black women, including work by Maya Angelou, Lena Horne, Langston Hughes, Richard Wright and Lorraine Hansberry.

Zora Neale Hurston, Their Eyes Were Watching God. A classic of Black literature, written in the 1930s, a forerunner in its originality, honesty and power of Alice Walker's novels today.

Alice Walker, In Search Of Our Mothers' Gardens. A fascinating set of essays, some autobiographical, some literary criticism, some social commentary.