Blackmailed by the bankers

Damien Millet, Sophie Perchellet and Eric Toussaint, members of the Committee for the Abolition of Third World Debt, propose that the bankers pay for the crisis.

THERE IS a striking contrast in the most industrialized countries at the epicenter of the global crisis that broke out in 2007-08.

The governments and their friends running the major banks are congratulating themselves on having saved the financial sector and initiated limited economic recovery, but people's living conditions continue to deteriorate. Furthermore, while the major financial institutions have received government aid in the form of bailout funds, the different states have no say in the management of these companies, or are not taking advantage of this opportunity to radically change the policies governing them.

The path chosen by governments to get out of the private financial crisis caused by bankers has led to an explosion in public debt. For many years to come, this growth in public debt will be used by governments as a form of blackmail to impose social cuts and to deduct from the wages of "those at the bottom" the money needed to repay the public debt.

How will this scenario play out? Direct taxes on high-income earners and companies will be reduced, while indirect taxes, such as value-added taxes (VATs), will increase. 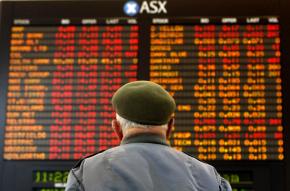 Therefore, the richest win twice: As a percentage of their disposable income, they contribute the least amount to taxes, and with the sums they save, they can buy the government bonds that finance public debt and make profit from the interest paid by the state. Meanwhile, wage earners and pensioners are doubly penalized: their taxes increase while public services and social security benefits deteriorate.

The repayment of public debt is therefore a mechanism for transferring revenue from those at the bottom to those at the top--as well as an effective form of blackmail in order to pursue neoliberal policies benefiting those at the top.

MEANWHILE, PROFITS and bonus distributions--$2.3 billion in bonuses for the traders at French banks in 2009, and $20.3 billion for Wall Street traders, a 17 percent increase compared to 2008--have returned to their mad ways, while the people are called upon to tighten their belts.

In addition, with the easy money central banks lend them, bankers and other institutional investors have launched into new speculative operations, which are highly dangerous for the rest of society--as we saw with the Greek debt for example, not to mention the price of raw materials and the value of the dollar.

Not a word from the International Monetary Fund (IMF) or Organization for Economic Cooperation and Development (OECD), and the G20 refuses to take measures on bonuses and speculation. Everyone agrees to intensify the race for profit based on the pretext that this will eventually lead to job creation.

The finance ministers' overall objective is a return to growth, even if this turns out to lead to greater inequality, and is harmful to the environment. In no way do they question the system that has proven to be a failure.

If they don't react, the dismantling of the state will be pushed to its limits, and the entire cost of the crisis will be borne by the very people who are its victims, while those responsible for it will emerge more powerful than ever before. Today, banks and hedge funds have been saved with public money without offering the slightest tangible compensation in return.

We believe public policy should be reformulated as follows:

You, the large creditors, have greatly profited from public debt, but fundamental human rights are seriously threatened, and inequalities are widening at an alarming rate. Our priority is to maintain and guarantee these fundamental rights, and it is you, the large creditors, who should pay for this. We are going to tax you according to the amount that you loaned back to us: the money will not come out of your pockets, but the loans will disappear. Count yourselves lucky that we are not demanding back the interest we have already paid you to the detriment of citizens' interests!

In a nutshell, we support the idea of taxing the large creditors, such as banks, insurance companies and hedge funds, as well as wealthy individuals, according to the money owed to them in the form of bonds, etc.

This revenue would give the state the means to increase social spending and create socially useful and economically sustainable employment. It would eliminate public debt in the North, without making the people who are the victims of this crisis pay. At the same time, it would place the entire burden on those who have caused or worsened the crisis, and have already greatly profited from this debt.

Our proposition would entail a radical change towards a policy of redistribution of wealth, benefiting those who produce wealth and not those who speculate on it.

If coupled with the cancellation of foreign public debt of developing countries and a series of reforms (including wide-ranging fiscal reform, a radical reduction in working hours without loss of wages and with compensatory hiring, and the transfer of the financial sector to the public domain with citizen control), these measures could enable us to emerge from the current crisis with social justice and in the interests of the people.

Translated by Francesca Denley in collaboration with Charles la Via.