Petrino DiLeo looks at how the worst economic crisis in 70 years turned out to be a terrific opportunity for the hedge fund managers of Wall Street.

THE TOP 25 hedge fund managers in the U.S. earned a collective $25.3 billion last year, setting a new record for the industry, according to a study published last week in the magazine AR: Absolute Return+Alpha.

Yes, you read that correctly. Twenty-five people earned an average of $1 billion each--for one year's worth of "work."

"The world may still be coming out of the Great Recession, but for the richest hedge fund managers, 2009 was the best year ever," the magazine wrote. "And it couldn't have happened without the carnage of 2008."

How did they do it? The short answer is this: A number of hedge funds made big bets that the politicians in Washington, D.C., wouldn't let their buddies on Wall Street go down.

In late 2008 and early 2009, when the financial system was on the precipice and stock prices were tanking, hedge funds loaded up on the preferred stock and bonds of the big Wall Street banks. They assumed that the U.S. government would save the day--and they were right. As a result, hedge fund bosses profited mightily by riding the financial system's taxpayer-financed recovery. 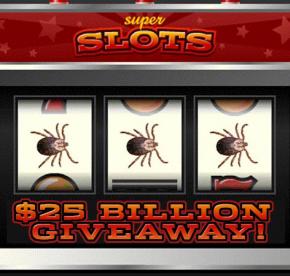 Take David Tepper. As the head of the hedge fund Appaloosa Management, Tepper pocketed $4 billion last year because he bought preferred shares and bonds of the big banks in late 2008, right after the collapse of the investment bank Lehman Brothers. Tepper then enjoyed staggering returns as the Federal Reserve and the Treasury Department repeatedly created new ways of stabilizing Wall Street.

All told, the U.S. government has invested, loaned and guaranteed funds to the financial sector worth as much as $14 trillion--and much of that money gushed straight to the top. That's because the bailouts set off a massive rally. The Dow Jones Industrial Average, for example, has appreciated by 65 percent since hitting its recent low last March.

In essence, the government threw all its resources behind saving the financial system--not just through direct infusions of taxpayer money, but by helping banks take advantage of risk-free investments.

For example, banks could borrow money from one part of the government, the Federal Reserve, at 0 percent, and lend it back to the government via the purchase of U.S. Treasury bills that paid 3 percent interest rates. It doesn't take a genius to make money in that scenario.

These government-guaranteed bank profits led to an increase in bank stock prices, which in turn fueled a broader stock market rally. In the process, a tiny group of parasitic hedge fund managers made a killing by guessing correctly that the rising tide of government money would lift all financial industry boats. In essence, they were able to siphon a portion of the bank bailout into their own pockets.

Other big hedge fund winners last year included George Soros, who walked away with $3.3 billion in fees and investment gains, James Simons with $2.5 billion, and John Paulson with a $2.4 billion bump-up.

Paulson's name might ring a bell. In 2007, he earned the previous one-year hedge fund record gain of $3.7 billion by short-selling stocks in banks that were over-exposed to the housing market--that is, he gambled that the housing bubble would burst and the banks' stock prices would fall. This time around, he bought back the same stocks he once sold short--and made big money when the price rebounded.

WHILE THE mainstream media has been agog over the massive payouts to hedge fund managers, few journalists have asked a simple question: What benefit do hedge funds provide for all these riches? And how can it be that a handful of investors are reaping billions at a time when the unemployment rate is still pushing 10 percent, few jobs are being created, and average wages are stagnant or falling?

It's ultimately impossible to escape the conclusion that hedge funds exist merely to make the rich richer--and at a terrible price for the rest of us.

Hedge funds are largely unregulated pools of money from the biggest financial institutions and the extremely wealthy. Minimum investments in a hedge fund range from $500,000 to $3 million--meaning they're off limits to all but the biggest investors.

But for all the hype, hedge funds have a pretty spotty track record. Many of the same investors who received billion-dollar paydays in 2009 lost big in 2008.

The stated purpose of these funds is to minimize some of the risks in financial markets--in Wall Street-talk, to "hedge" those risks. In reality, however, these funds typically take enormous risks. Many invest heavily in complex financial instruments known as derivatives, rather than simply buying stocks.

Hedge funds managers are supposed to be wizards who can exploit "inefficiencies" in the market--for example, by selling stock in one company short, betting that its price will fall, while buying stock in another company for the long term.

But such a strategy can't deliver the huge percentage gains that hedge fund managers and their clients want. That's why hedge funds juice their returns by running up massive amounts of debt.

And that's where the trouble starts. By borrowing so much--in some cases, using as little as 1 percent of their own money alongside 99 percent of borrowed money in their investments--hedge funds can get wiped out fast if their bets go wrong. And when reality doesn't match the hedge funds' computer-driven economic models, they can also lose big--often with far-reaching consequences.

The most notorious example of the dangers posed by hedge funds was the implosion of the Long Term Capital Management fund in 1998. That collapse was so threatening to the financial system that it led to emergency meetings between the Federal Reserve and the heads of the major Wall Street banks to engineer a $7 billion bailout for the fund.

Despite the Long Term Capital Management disaster, hedge funds have continued to thrive as an investment vehicle for big banks and wealthy individuals lured by the promise of big, fast returns. But hedge fund managers don't take nearly so much risk where their own income is concerned. Most charge fees of 2 percent per year on the money invested with them--and then grab 20 percent of any of the fund's profits.

AS IF that isn't enough easy money, hedge fund profits are taxed extremely lightly. Rather than being treated as ordinary income and taxed at 35 percent, hedge fund profits are treated as capital gains and taxed at just 15 percent. That means the $25.3 billion in gains by the top 25 hedge fund managers generated $3.8 billion in tax revenues, rather than $8.9 billion they would have brought in if they were taxed at the same rate as wages and salaries.

But even that's setting the bar pretty low. At one point, the highest marginal income tax rate in the U.S. was 90 percent. Imagine all the budget cuts that could be avoided if the U.S. were to tax the hedge fund parasites at that rate today.

Besides functioning as a tax shelter for the rich, hedge funds play another destructive role in driving speculation. For example, in 2008, hedge funds were deeply involved in gambling on the rising price of food, which led to riots in many parts of the world.

More recently, hedge funds bet on the Greek government debt crisis, making it harder for Greece and other debt-laden countries to borrow on the bond market and increasing the likelihood of defaults on government debt. So to keep its creditors happy, Greece has launched a sweeping austerity program that involves cutting the pay and benefits of public-sector workers as well as a sharp reduction in social spending.

All this is reason enough to abolish hedge funds entirely. Yet the financial reform bill recently unveiled by Sen. Christopher Dodd (D-Conn.) will do little to rein in the funds.

One provision would require hedge funds with more than $100 million in assets under management to register with the Security and Exchange Commission (SEC). Yet the SEC, supposedly Wall Street's toughest watchdog, turned a blind eye to the chicanery during the financial bubble years. And Dodd's proposals make it unclear what kind of oversight the agency would exercise over hedge funds.

In addition, there's no indication that the tax loophole for hedge funds will be closed. And Dodd's bill doesn't propose oversight for other investment vehicles that play similar roles to hedge funds, such as private equity funds.

This shouldn't be surprising. Dodd has consistently tended to the interests of the big insurance and financial companies in his home state of Connecticut, and hedge fund managers poured far more money into Barack Obama's presidential campaign than that of his rival, John McCain.

With so much money in their pockets, hedge fund managers could easily afford to invest in either possible outcome in the 2008 election. Now, they're richer than ever--and confident that Washington will safeguard their gains.