Ben Stockwell reports on a discriminatory policy at the University of Cincinnati, in which a list of prospective students' convictions are recorded.

A NEW admissions policy at the University of Cincinnati (UC) is characteristic of the all-encompassing system of institutionalized racism that Michelle Alexander writes about in her 2010 book The New Jim Crow.

UC is switching to the common application, a one-size-fits-all admissions application used by hundreds of colleges and universities nationwide, which requires member institutions to ask for a list of both misdemeanor and felony convictions.

Alexander argues in her book that a new form of legal discrimination has emerged since the end of the civil rights movement, in which people who have at one time been incarcerated find it difficult, if not impossible, to vote in elections or find housing, work, food assistance, medical care and other essentials.

Alexander points out that African Americans, especially young males, are disproportionately charged, convicted and jailed as a result of the "war on drugs." This system of incarceration and its lingering consequences, while claiming to be unbiased, creates a situation similar to the explicitly racist Jim Crow laws that dominated race relations in the South from Reconstruction the civil rights era. 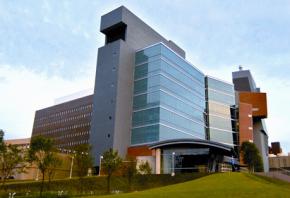 The common application and its requirement that the university keep a list of convictions is another example of how a criminal record can forever follow an individual.

While the university may do what it wants with the information on convictions, a document sent from the UC admissions office to the faculty senate in February provides an indication that it will be used in a review of prospective students: "For the colleges, guidelines would need to be established regarding qualitative factors that can be used to either positively or negatively impact admissions consideration by the reviewers."

This statement can mean a number of things. The new information could be used to determine whether students are admitted into certain programs (or the university at all) or whether they can live in dorms or take part in other activities--essentially whether they are full members of the university community, academically and otherwise.

There is no question, however, that the information will be used. The branch campuses won't switch to the common application with the main campus, but they plan to add the question about convictions to their applications.

Taken to the extreme, the effects could be devastating for a university that boasts about its "diversity" and the fact that it is an "urban campus."

UC HAS had its share of racial issues in the past decade. Most recently, the university police Tasered and killed Everette Howard, a Black high school graduate who was on campus for a summer program before going to college in Tennessee. The officer who Tasered Howard is still on the force.

On top of that, UC's diversity initiatives appear to be falling short of even their own low goals. According to available data, African Americans, as a percentage of the student population, consistently decreased between 2003 to 2011--from 11.2 percent to 8.9 percent. This is as overall enrollment has reached new records.

The number of applications from prospective Black students has also decreased after peaking in 2009. In 2010, the percentage of staff that was African American stood at the lowest point since at least 2003.

When the common application added the question about convictions in 2006, it codified discrimination into the last place where the least fortunate are told they can turn if they want to get ahead--education.

Author Paul Street calls mass incarceration a "self fulfilling prophecy," noting a number of ironies embedded in the way society operates, chief among them the inverse relationship between wages and crime. As Street writes, "according to one estimate, a 10 percent decrease in wages is associated with a 10 to 20 percent increase in the likelihood of incarceration."

Couple this with the realities of capitalism--that a higher wage and a total lifetime salary is directly related to more education---and African Americans can expect to earn much less than white counterparts over the course of their lifetimes. The contradictions are outrageous: more education is the only way to guarantee a higher wage, but the system puts in place barriers to enrollment, which will only promote lower wages and higher crime.

African Americans in Ohio skew toward the lower end of educational achievement (some high school, high school graduate, or some college or associate's degree) compared to whites. Additionally, Black educational attainment for men ages 25-34 is at the lowest level since the generation born before civil rights.

Under capitalism, it's desirable to have a class of low-paid workers, and if that class is further divided along racial lines, all the better. In 2009, the median net worth of Black households was less than half of what it was in 2005, doubling the 10-fold gap between Black and white households to a 20-fold difference, according to the Pew Research Center.

This also comes at a time when the cost of education is increasing at an ever-growing rate. Public colleges and universities were the first targets for austerity after the 2008 recession and continue to be hit hard by budget cuts. In addition to enacting pay freezes, firing faculty and staff, and severely limiting the number of tenured professorships, these institutions have passed the burden onto students.

CINCINNATI IS not known as a city with stellar racial politics. A string of police murders of young Black men, culminating in the killing of unarmed 19-year-old Timothy Thomas, sparked an uprising in 2001. According to census data, the highly gentrified, increasingly segregated area of Over-the-Rhine is home to the greatest level of income disparity in the country.

It's necessary to understand the societal significance of the criminal justice system and to realize the limitations of the broader system that has a long history of racism and discrimination. In 2009, Black men in Ohio had a 640 percent higher rate of imprisonment than white men.

After the 2001 uprising, a collaborative agreement with Black activist leaders mandated audits of the Cincinnati police over the course of the next several years. These audits showed, time and time again, that traffic stops and other searches disproportionately affected the Black community--Blacks were stopped as much as two times more often--even though the hit rate, the rate that contraband was found, was the same as whites.

A forthcoming paper by Francis T. Cullen and John Paul Wright of the University of Cincinnati's Center for Criminal Justice Research notes, "Being a minority, especially from an inner-city community, dramatically increases one's prospects of significant contact with the criminal justice system."

Cullen and Wright conclude their paper by calling for society to take measures to save youths from a life of crime. Denying educational opportunities based on previous convictions seems counterproductive given the previously referred to correlation of education, wages and crime.

The criminal justice system, acting as the agent of the New Jim Crow, is a tool to maintain an attractive social order that leaves poor Blacks at the lowest rung of the ladder.

The UC admissions department's decision to ask for conviction information on applications only serves the aims of the ruling class--to make it harder, if not impossible, for the working class to attain a good education and, conversely, to only allow those of the right pedigree to attain a higher education.

Unless we in Cincinnati build a lasting, proactive, anti-racist movement, made up of every kind of person, racist policies like the New Jim Crow can and will always manifest themselves--in our criminal justice system, on our police force, and now, in our schools.