Winners and losers in the global oil crash

A drastic fall in oil prices is having far-reaching consequences, reports Eric Ruder.

AT BELOW $50 a barrel on January 7, the price of benchmark crude oil was well under half its high of $107.68 less than seven months before. The price plunge has been so rapid that even Wall Street's seasoned traders are alternately downing shots of whiskey and Pepto-Bismol--and that's before noon.

Lower oil prices are shaking up global markets, making once attractive investments downright ugly and scrambling the national economies of oil-dependent countries. And like oil price fluctuations of the past, the changing fortunes of global energy players are reshaping regional alliances, diplomatic calculations and power politics all over the world.

Venezuela, for example, relies on oil exports to finance its spending on anti-poverty programs and generate foreign currency reserves, which in turn allow the country to pay for the 75 percent of consumer goods that must be imported. At current prices, Venezuela will face a budget shortfall of $25 billion next year.

The Venezuelan government and the state-run oil company will owe a combined $21 billion to foreign creditors by the end of 2016--an amount equal to the country's total foreign currency reserves. 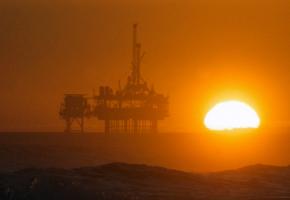 Judging by prices on derivatives pegged to its solvency, investors are betting that Venezuela has a 65 percent probability of default by the end of this year. These dire economic straits could translate into social unrest if finance officials attempt to push through deep cuts in spending on the country's social safety net.

When oil was at $110 a barrel, Venezuela was also able to enlarge its regional influence by sending money and cut-rate oil shipments to various Caribbean nations. But as prices began dropping this summer, it had to curtail these measures, a factor that no doubt played a part in Cuba's willingness to forge a rapprochement with the U.S. as it sought some way to replace revenue Venezuela had until recently supplied.

Then there's Russia. In December, its central bank took the extraordinary step of raising interest rates overnight from 10.5 percent to 17 percent. This was in reaction to a one-day run on the ruble that drove the value of the currency down 13 percent and an 11 percent slide in stock prices. Combined, these two changes wiped out a quarter of the dollar value of companies traded in Russian equity markets.

But instead of halting the ruble's collapse, the central bank's intervention seemed to further panic traders, and many everyday Russians rushed to stores to purchase durable goods that they hoped would hold onto their value even if the ruble kept tanking.

All in all, the ruble fell a total of 46 percent against the dollar in 2014. Low oil prices could drive a stake through the crony capitalist business model that has allowed Vladimir Putin to remain in power for the last 15 years, as he doled out lucrative deals to his inner circle (and used repression against those who wouldn't "cooperate").

As he struggles to maintain his grip on power, Putin could also opt to pursue more military adventures to deflect attention from domestic doldrums and whip up anger at foreign adversaries. As in Venezuela, the consequences for ordinary people will be dire--dramatic price increases for imports, layoffs at companies unable to repay foreign loans, rising unemployment and falling wages.

THE OIL price plunge has also further exposed the declining influence of the Organization of Petroleum Exporting Countries (OPEC).

Venezuela and Russia had both hoped to forge an agreement at OPEC's November meeting to reduce supplies in order to prop up prices. But Saudi Arabia, the world's largest oil producer, broke with years of past practice by refusing to tighten the spigot, fearing the continued loss of market share to hydraulic fracturing operations more than lower oil prices.

Venezuela, Russia and Iran griped that Saudi Arabia's decision was part of a joint U.S.-Saudi strategy to hurt their economies as part of the larger jockeying throughout the Middle East around a number of flashpoints, including Iraq, Syria and Ukraine.

But in truth, Saudi Arabia with its massive foreign currency reserves of $700 billion and vast supplies of oil that are profitable at relatively low prices, is willing to take a short-term hit in the hopes of driving out of the market the higher-cost fracking operations of North America and elsewhere. Thus, Saudi Arabia's decision not to prop up prices is the product of its rivalry with U.S. oil producers, not coordination with U.S. policymakers.

Meanwhile, countries not heavily dependent on petroleum exports are hoping that lower prices will stimulate their lackluster economies. "At current prices, the annual revenue of OPEC members would shrink by $590 billion, money that will instead stay within the borders of the world's biggest oil importers, led by the U.S., China and Japan," according to the Washington Post.

Lower fuel prices, for example, are the equivalent of a massive tax cut for U.S. workers, who are poised to spend on average $750 less per year, leaving room in personal budgets to make other purchases that will in turn stimulate economic growth. U.S. corporations are also looking to fatten their bottom lines with cheaper energy costs--especially transportation corporations such as airlines.

But the prospect of oil prices hovering below $70 a barrel or lower for the coming year will also drag down states like Texas and North Dakota, which have seen boom times during the massive expansion of energy extraction.

Thus, lower oil prices could transform one of the few engines of U.S. job growth into its opposite, as oil and gas firms curtail production plans, lay off workers and cancel contracts with other firms, such as sand producers, that provide essential production inputs.

Indeed, market watchers expect that even if oil prices have hit bottom, they aren't likely to rebound significantly in 2015 and possibly even in 2016. Understanding why oil has fallen so far so fast helps explain why prices are likely to remain low for some time.

IN THE early 2000s, economic growth, especially in developing economies like China and Brazil, along with instability in the Middle East, combined to drive oil prices above $100 a barrel. While the Great Recession of 2008 temporarily pushed prices down, they rebounded quickly enough.

In the years since, triple-digit oil prices became common enough that firms started planning for them. There has been a massive boom in shale-oil production as well as expanded production at traditional oilfields, with energy firms scrambling to turn record-high prices into world-historic profits.

In 2008, for example, ExxonMobil made the largest profits of any corporation in world history. It is now sitting on cash reserves of nearly $5 billion. In recent years, U.S. oil production has risen 80 percent, to 9 million barrels per day. The U.S. increase alone is greater than the output of every OPEC country except Saudi Arabia.

So even though Saudi Arabia needs oil prices at $106 per barrel to generate enough revenue to balance its budget, it is prepared to use its foreign currency reserves to ride out the price plunge.

So far, the strategy seems to be working, at least somewhat. At current prices, U.S. shale oil output won't disappear, but it will grow 30 percent less than expected, according to a Citibank analysis. But how low oil prices stay--and for how long--will determine what happens next.

Goldman Sachs analysts, for example, found that at $70 a barrel, nearly $1 trillion in planned investments might be scuttled. The price slump means that "oil projects planned for next year are the undead--still standing upright, but with little hope of a productive future," according to BloombergNews. "These zombie projects proliferate in expensive Arctic oil, deepwater-drilling regions and tar sands from Canada to Venezuela."

In fact, oil is only the most glaring example of the crisis of overproduction that is hitting commodities of all kinds, such as metals, and the developing economies that are dependent on exporting them to generate revenue.

The wild swing in the price of oil highlights the destructive economic dynamic at the core of capitalist competition. The unplanned, anarchic nature of capitalist production means that every energy firm seeks to expand production while prices are high, but because it takes years for new investments to generate new supplies, firms hoping to grab profits and market share end up undermining each other, plunging the economy into a destructive crisis in the process.

What's more, the capitalist market allows for no considerations other than profitability--even though the continued burning of fossil fuels threatens to render the earth uninhabitable.

Unless and until democratic socialist planning replaces the anarchy of capitalist production, the boom-bust cycle and worsening crises of overproduction must be expected. Meanwhile, the gyrations in the price of oil are upending the circuits of global production, and this is just the beginning.