Taking on the testocracy

Jesse Hagopian, a teacher at Garfield High School in Seattle and editor of More than a Score: The New Uprising Against High-Stakes Testing, recounts his televised debate with a former Obama administration official responsible for pushing corporate education reform, in an article first published at his I Am An Educator blog.

LAST THURSDAY, I flew to New York City to take on Peter Cunningham, the former U.S. Assistant Secretary of Education (under Secretary of Education Arne Duncan, during President Obama's first term), in a debate hosted by Al Jazeera America's program The Third Rail. We debated the question, "Is public education in the U.S. broken beyond repair?"

I have to say, those 45 minutes in the green room before we went on to do the show seemed like they would never pass. First, I had to settle my nerves. I knew my years of experience teaching and seeing the misery of high-stakes testing was causing in our schools was going to be hard to dispute.

But this was the former assistant secretary of education, and surely he would have slick responses and cherry-picked data to try to mask the truth. But it wasn't the coming debate that was troubling me most.

Try to imagine just how awkward a situation it was. Mr. Cunningham now runs a website devoted to shutting down the "education spring" uprising against corporate education reform; I'm a teacher trying my best to help that movement bloom. 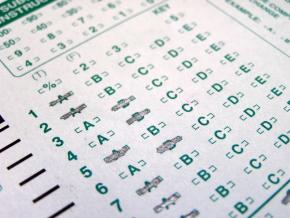 I am used to challenging the rich and powerful, but here I was, sharing coffee and chitchat with one of the primary spokespeople for the privatization of our schools and the reduction of education to merely a "testucation."

WHEN WE finally entered the TV studio, I was relieved for the conversation to turn from the weather to the mighty storm of resistance that parents, students and teachers are building in opposition to the "testocracy."

We tussled over many major questions relating to the corporate model of education reform. Mr. Cunningham argued in favor of charter schools. I pointed out that, of course, he supported charters because he received $12 million from billionaires Eli Broad and the Waltons (the Wal-Mart family) who support the privatization of education.

I went on to explain, "My problem with charter schools is that they're anti-democratic. They're not under the control of a democratically elected school board...[and the charter system] siphons off public funds to private schools...[Creating] a profit model from public education."

And I noted that while they push these standards and tests on our children, "It's amazing that Secretary of Education Arne Duncan, Bill Gates, the President himself, send their kids to schools that don't use the common core."

At one point, Mr. Cunningham inexplicably defended Arne Duncan's comments that the opt-out movement is just white suburban moms--a comment that Duncan himself had to apologize for.

I explained the reality that every family has the right to protect their child from being reduced to a test score, and that this opt-out movement is actually growing rapidly in communities of color--including the many hundreds of Latino students who walked out of the PARCC test in New Mexico last year, the Black students in Baltimore who occupied the school board meeting in opposition to the labeling of their schools failing so as to close them down, and the Seattle NAACP chapter calling for opt-out as part of the Black Lives Matter struggle.

One of the overriding themes that I tired to express (in the limited format of a few minute debate program) was the idea that the superrich have horded the wealth at the expense of our children. Today, over half of the students who attend public school live in poverty. Then these billionaires--such as Mr. Cunningham's sponsors--claim that the reason why youngsters don't have a better quality of life is due to unaccountable teachers.

The best part of this The Third Rail debate was when they brought in the great Pedro Noguera, a professor of education at New York University, who powerfully and succinctly and expressed the primary issue with education reform today: "The problem I see is that we've developed an accountability system that holds those with the most power the least accountable."

We all cordially shook hands at the conclusion of the debate and conversed on the finer points that we hadn't had time to cover while on stage. The lingering education disputes soon turned back to small talk, but this time, I no longer felt awkward, because I had a great image in my mind: The Waltons huddled around the TV scowling as they decided whether to cancel Mr. Cunningham's funding for his inability to defeat the logic and experience of lowly educators.

Watch these clips from the debate and decide for yourself: Do we need more testocrats or more educators helping to transform the schools?

First published at I Am An Educator.