Sliding toward a slump?

The disasters of the free market will lead to radicalization and political polarization.

THE DRAMATIC declines on financial markets at the start of the new year have revived fears that another economic slump could be in the cards for 2016--even though working people in the U.S. and around the world are still suffering the effects of the Great Recession the last time around.

Like last summer's stock market madness, the turmoil on Wall Street and other financial centers highlights weaknesses and contradictions in the world economy that will have a greater impact on ordinary people in the long run.

The next recession is already taking place in a few countries--with Brazil, the world's seventh-largest economy, the hardest hit so far. The U.S. probably won't join them in the red this year, but it is past the peak of the historically weak recovery since the Great Recession--and headed downhill on a path that will have fewer ups and more downs, along with more financial panics and deepening political polarization.

AS USUAL when there is trouble on Wall Street, the media focused on the big stock market declines. The Dow Jones index of share prices fell 6 percent in the first week of trading, which adds up to a paper loss of $1.5 trillion in total value. 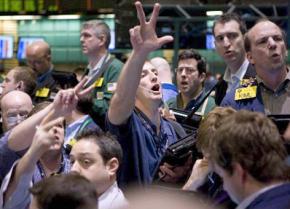 Workers will feel the hit in their 401(k) retirement accounts, if they have one, but there's worse news beyond the headlines about the Dow.

The international market turmoil was set off by another crash in the Chinese stock market, which suspended trading because of huge losses twice in one week. One main detonator for the losses was evidence of a worse-than-expected decline in Chinese manufacturing, which has been contracting for 10 straight months, despite government efforts to stop the slide.

Overall economic growth in China has fallen to 7 percent by official figures--the real number may be less than half that, analysts believe--and China's central bank has been setting the value of the country's currency at a lower level against the dollar this year, while using its reserves to stop a further decline.

The reason this news could cause international financial turmoil is because of the central role that the Chinese economy played in pulling the world system through the disastrous Great Recession--set off in earnest with the meltdown on Wall Street in 2008. China's current 7 percent annual growth rate would be the envy of most countries, but it is well below the regular double-digit increases of the past two decades.

China's response to the last crisis was to continue and even accelerate its state-directed economic strategy. It committed even more to stimulus measures than the U.S. government, proportionate to the size of its economy. Vast investments in infrastructure and industrial capacity fueled demand worldwide, especially for basic commodities, from oil to minerals to agricultural products.

But the headlong expansion has caused a bad hangover--particularly in the form of a huge increase in debt, both private and public, that makes the whole system more unstable. Because of stagnant demand for China's exports worldwide, some of the new factories built during the boom operate at a loss or never opened at all, while the new infrastructure and cities surrounding them go unused.

The Chinese government has tried to cope with the problem with various measures to stimulate consumption within China among the middle class, but that has produced problems of its own, including a wildly inflated stock market bubble that burst last year, adding to the problems of the underlying economy.

MEANWHILE, THE slowdown in China has caused an outright recession in the economies that thrived over the past several years by feeding China's boom. As SocialistWorker.org wrote in an editorial last year: "There used to be an old saying about the dominance of the American economy: When the U.S. sneezes, the rest of the world catches cold. These days, the economic contagion also float East to West."

The expansion in China that predated the Great Recession led to prices for basic commodities, from oil to metals to grains, nearly doubling between 1999 and 2011. When Chinese demand for raw materials declined, so did the commodity prices--by around half overall, according to one estimate.

The most talked-about example is oil. The price of a barrel of crude oil has plummeted from an August 2014 peak of $115 to around $30 today--and analysts for the Wall Street bank Morgan Stanley predict that the slide won't stop above the $20 level. Inflation-adjusted oil prices have only been that low once before in the last 40 years.

But the commodities price collapse is generalized. The price of iron ore, the main raw material in steel production, is down by 80 percent from its high point four years ago.

Economies built around raw material exports are crashing along with the prices. Brazil, the largest economy in Latin America, is suffering its worst recession in over a century, and maybe ever. The latest forecast by analysts predicts that Brazil's economy will shrink by 3 percent this year, after a contraction in 2015 that is expected to be nearly 4 percent when the final number comes out.

Not so long ago, Brazil was being hailed as a new economic powerhouse alongside fellow BRICS China, Russia, India and South Africa. Now it is suffering through depression conditions, and the country's political leaders face a profound crisis brought on by the economic shambles and magnified by a corruption scandal.

Brazil has become a stunning example--and not for the first time--of the madness of capitalist free market. The booming economy of a few years ago seemed to offer some hope of a better future for everyone in a country where more than 20 percent of the population still lives under the poverty line, down from well over 40 percent two decades ago. Those hopes have vanished along with the boom, in large part because a country on the other side of the world can now produce too many products than can be sold at a profit.

Billions of people around the world desperately need greater access to both the basic commodities and industrial goods that Brazil and China export. Because of the madness of capitalist competition, they will continue to go without--and face the threat of having to get by with less.

THE ECONOMIC outlook in other parts of the world is better than in Brazil, but not that much better.

Among the world's major economic powers, Japan and the European Union continued to stumble along in stagnation or close to it last year. The fact that the U.S.--while experiencing historically low annual economic growth rates for a period of economic recovery-- has nevertheless been the economic success story among advanced economies since the Great Recession is damning evidence of the weakness of the world economy.

The collapse in prices for oil and basic commodities has an upside for the U.S. economy, particularly on the consumption side, as anyone who drives a car will know. But the effects aren't all positive. U.S. energy producers are suffering and looking to follow the example of international corporations like mining giant Anglo-American and oil multinational BP in laying off workers.

Meanwhile, the U.S. industrial sector is taking a hit from another consequence of the current situation: The value of the U.S. dollar has risen against other countries' currencies because of the relative health of the American economy among the major powers--including the Federal Reserve Bank's decision to raise basic interest rates for the first time in almost a decade. That makes American exports cost more around the world.

This is one explanation for the continuing fall in statistics that measure U.S. factory activity. According to the index for late last year, American manufacturing dropped to its lowest level since June 2009, when the economy was still officially in recession.

Other sectors of the U.S. economy are doing better, which underlies the consensus among economic analysts that the U.S. is fairly safe from recession this year. But many believe it's headed for one. In their predictions for 2016, JPMorgan's economists declared that there is a better than even chance of a U.S. recession in the next three years.

And the slump could come sooner if there are unexpected financial and economic shocks--developments that are unpredictable except that we can predict there will be more of them in an economy that is headed downhill instead of up.

For example, the contraction in manufacturing is taking place at the same time that U.S. corporations have taken on record levels of debt. As income and earnings drop, it will become harder for these companies to service their debts. With various industrial sectors and the economy as a whole already weakened, the effect of corporate bankruptcies, which increased in 2015, could be magnified.

Debt was the bomb that detonated the 2008 Wall Street crash. But rather than decreasing since the Great Recession, the overall level of debt in the world economy has grown massively--from a global stock of $142 trillion at the end of 2007, just before the financial crisis, to a truly incredible $199 trillion just seven years later in mid-2014.

In some cases, the new debt burden is a consequence of government policies to overcome the slump--like in China, where the government stimulus has pushed public and private debt to nearly three times the size of total annual economic output. That's actually not as high as the U.S. economy, but it's unprecedented for a newly industrialized economy. One of the threats looming over the slowdown in China is the precarious state of a $2 trillion shadow banking system that grew up with the boom--if it crashes, the current Chinese stock market collapse could look like a picnic.

Even if financial crashes or cascading bankruptcies are avoided, the overwhelming level of debt worldwide will hobble the economy on the way toward the next recession by leaving financial policymakers with fewer options. In general, national governments and central banks have used conventional tools for responding to economic contractions--like lowering interest rates, for example--to such an extent that they are blunt or broken.

Thus, the proposals of liberal economists like Joseph Stiglitz or Paul Krugman--to reverse the austerity agenda and increase government spending to stimulate a new expansion--face the problem that multitrillion-dollar bailout of Wall Street leaves little room for maneuver.

THESE ARE some of the factors involved as the U.S. economy slides toward a new slump. There's no predicting how steep the slope will become or how quickly, but it is clear that the U.S. economy has passed the peak of this period of recovery, and financial shocks and economic declines will become more frequent on the way down.

Moreover, the economic "good times," such as they are, have been enjoyed almost entirely by those at the top of U.S. society. So the next crisis, when it comes, will feel like an intensification of rotten times that workers have been living through for years.

Like in the Great Recession and its aftermath, the disasters of the free-market system will lead to greater political and social discontent. Some of that anger will be exploited by the right--as the example of Donald Trump's xenophobic presidential campaign shows.

But millions will be radicalized to the left. As Lee Sustar concluded in his three-part series on the world economy last fall: "With the world economy edging towards another crisis, the time is right for a critique of capitalism--and to make the case for a socialist society based on human needs rather than profit."