How could this monster win?

No one expected Donald Trump to become the Republican nominee, and his election victory is a bigger shock--but the first step is to understand why and face it squarely.

AN ENDLESS, miserable presidential campaign is over--with the most miserable result imaginable.

Several readers of Socialist Worker with young children commented late last night on social media that they put their kids to bed with assurances that the monster wouldn't win--and they dreaded explaining how "It" could happen. We all know how they feel.

Donald Trump's victory exposes how decrepit the U.S. political system has become after decades of two-party oligarchical rule. This is a man with ties to the racist far right, a pathological narcissist who entered the race intending to boost his media brand, and who horrifies and disgusts not just millions of working people, but a majority of the American ruling class.

And still he won the election for president of the United States. What a testimonial for the "world's greatest democracy."

It will take days and weeks to process the full implications of Donald Trump being elected the next president of the United States. No one expected Trump to win the Republican nomination, and the same is true about the presidency. For sure, his victory will upend politics in the U.S. and internationally in ways we can't predict. 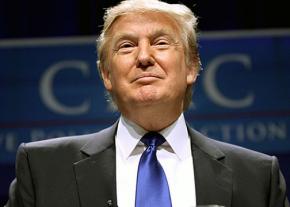 There will be a lot of talk in the next weeks about how the election proves the U.S. is irretrievably right wing and backward. Trump's victory is certainly due in part to his appeals to nationalism, immigrant-bashing and Islamophobia. The far right has been emboldened by Trump's campaign, and the left will have to figure out how to confront it.

But if we're going to succeed in that challenge and build a stronger left, we have to have some clarity about what led to this terrible result. Socialist Worker will try to take up these questions with all the depth they require in the coming days--but some initial conclusions are clear.

HAVING ABANDONED even rhetorical appeals to give confidence to the Democratic Party's more liberal base so she could chase the votes of moderates and even dyed-in-the-wool, conservatives, Clinton left the field open to Trump to claim that his reactionary program would benefit the majority of people who have seen their living standards stagnate and decline, even in the period of "recovery" from the Great Recession.

The liberal base of the Democratic Party came through for Clinton. According to exit poll data, she won 88 percent of the Black vote and 65 percent from Latinos. It was the swing voters who Clinton courted that stuck with Trump.

Trump may well end up losing the popular vote--his victory was assured by the undemocratic Electoral College, enshrined in the Constitution by slave owners, that gives outsized influence to traditionally conservative rural states.

Still, with everything we know about him after this campaign, how could so many people vote for Trump?

His promises to stand up for the "little guy" are blatant lies to camouflage an agenda that will help the 1 Percent with gigantic tax giveaways and the like. But Clinton's promise of continuing an intolerable status quo didn't sound like a real alternative to people at the end of their rope.

Bernie Sanders' left-wing campaign for the Democratic presidential nomination nearly upset Clinton by making an appeal to workers to challenge what he called the "billionaire class." Clinton, who has spent her political career ingratiating herself to that class, managed to bury Sanders' message--and rather than continue his "political revolution," Sanders abandoned his opposition to whip up support for Clinton.

Clinton and Sanders and much of the rest of the political establishment, some Republicans included, criticized Trump's ugly outrages. But because they never acknowledged the real economic grievances that he built his campaign around, they left the way clear for Trump to channel legitimate bitterness into scapegoating and scaremongering.

Even when Clinton did counter Trump's racism, woman-hating, immigrant-bashing and Islamophobia, it rang hollow. As a personification of the insider Washington political establishment, Clinton bears responsibility--often directly--for policies that led to the mass incarceration of African American men, the sweeping deportation of immigrants and endless wars in Afghanistan and Iraq that have fueled anti-Arab and anti-Muslim bigotry.

RACISM HAS been central to the Trump campaign since his speech announcing his candidacy, when he referred to Mexican immigrants as rapists. But while the open bigots of the so-called alt-right have been a notable element of Trump's supporters, racism alone can't explain why states and counties that voted for Barack Obama in both 2008 and 2012 turned away from the Democrats this time.

Some of those voters were in states that Hillary Clinton was expected to win, like Pennsylvania and Wisconsin, where Trump scored points with his argument that U.S. workers lost jobs due to free trade deals and rising immigration. It was another grotesque lie. But the truth--that growing economic hardship is due to rising inequality that benefits the 1 Percent--wasn't something that Hillary Clinton wanted to talk about.

The stomach-turning irony of this outcome is that Hillary Clinton and the rest of the Democratic establishment figured Trump would be their ideal opponent. He's a buffoon and too extreme to be elected, they told themselves. All Clinton would have to do to beat Trump is "appear presidential" and tout her "preparedness" and "experience."

But the Democratic Party brain trust didn't understand what happened during the eight years of the Obama presidency, when they responded to the Great Recession by bailing out the banksters while doubling down on their commitment to neoliberalism and austerity cutbacks that balanced budgets on workers' backs.

The living conditions of many millions of everyday people in the U.S. have deteriorated or stagnated. So when Trump decried the loss of decent-paying jobs and accused Clinton and the Democratic Party of throwing people to the wolves, some segment of the population believed--wrongly in fact, but with a feeling of urgency--that someone understood their pain.

When it came time to cast their ballots, enough people in the right states begged to differ. They decided to punish the establishment politician in favor of the outsider.

THE CONVENTIONAL media wisdom was stunned by this outcome, and so there will be a scramble for simple answers to explain away Election 2016: a fundamentally conservative population; the irretrievable racism of all white workers; even the impact of the Green Party's Jill Stein, whose "crime" was to rightly insist that the greater evil can't be stopped by championing the lesser evil.

We should refuse to accept those simple answers. One of the first challenges for the left will be to explain what happened in all its complexity. But there are many more challenges to come.

As the radical left warned, in defiance of calls for moderation from liberals, the right wing has been emboldened by Trumpism and needs to be confronted. But we can't let the people most responsible for this mess point the finger at the most reactionary bigots. Hillary Clinton, Barack Obama and the Democratic Party need to answer for why they had nothing to offer as an alternative to Trump's scapegoating.

We have a lot of work to do, starting today, to build a real left alternative that recognizes the misery and suffering so many people endure; that confronts these conditions politically and practically; and that builds organization capable of turning the tide.

Large numbers of people are already horrified by Trump and will be determined to take action to show their opposition. More will be spurred to act by the inevitable outrages of an arrogant right wing that oversteps--that's a lesson from all of the right's victories in recent elections. In the end, at least some of those who voted for Trump will come to understand that they abhor what he stands for.

But for now, we need to start building that resistance from the ground up. The first step is to understand the lessons and implications of this election and face them squarely--and then we move on from there.