Retaliation and resistance behind bars

The nationwide prison strike has ended, but as they have in the past, prison officials are trying to identify and punish anyone who defied repression, writes Joe Andrews.

“THEY’RE LOOKING for the leaders right now. They want to take our heads off.”

These words came from a representative of Jailhouse Lawyers Speak (JLS), a group of incarcerated lawyers who have been at the forefront of the nationwide prison labor strike that officially ended on Sunday, September 9.

“Eddie,” as he goes by, talked with a small group of activists and journalists in a press conference a week before the strike ended, reminding us that many prisoners don’t want to communicate openly, as they fear repression and retaliation for speaking out. As he said:

I think a lot of people...don’t understand that prisons are barbaric, and they are not transparent at all. Reporters and everyone else have to do their research on how people have been targeted in the past. Like right now, we know there’s an all-out manhunt for Jailhouse Lawyers Speak leaders.

SO HOW have prisoners been targeted in the past? 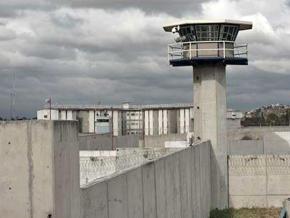 The beginning and end dates of the 2018 prison strike — August 21 and September 8 — weren’t chosen at random. August 21 marks the anniversary of California prisoner George Jackson’s murder and September 8 is the day the famed Attica prison uprising.

Both took place in 1971. Black Panther George Jackson was killed by prison guards in California’s notorious San Quentin Prison for his expression of radical politics and efforts toward organizing prisoners. Across the country in upstate New York, a show of solidarity in honor of Jackson was one of the ways prisoners first came together.

So when Eddie of JLS mentions the fear and physical threats faced by those who struck today, we have some idea of the deadly stakes.

It was no accident that Jackson — who the Trinidad-born socialist writer C.L.R. James praised for having produced “the most remarkable political documents that have appeared inside or outside the United State since the death of Lenin” — was struck down.

For that matter, Russian revolutionaries like Lenin and Leon Trotsky spent time themselves in prison or in exile for their communist politics and revolutionary organizing.

The Attica uprising ended with a massacre carried out by the forces of the state on September 13, 1971 — 50 years ago today. Law enforcement fired thousands of rounds of ammunition into clouds of tear gas, killing 39 prisoners and wounding hundreds. State officials’ opposition to the prisoners’ demands for basic human rights and dignity was so determined that they were willing to sacrifice 10 prison guards by ordering the crackdown.

If Attica is any indicator of how long it takes for the details of state repression to surface publicly, we likely don’t know the half of what’s happening today in the wake of the prison strike.

Thanks to cell phone technology, however, reports from inside are more likely to reach the public. Here are some of the stories that made it out.

TWO DAYS into the 2018 prison strike, the Guardian published an op-ed article written by Kevin Rashid Johnson, incarcerated at Sussex State prison in Virginia. In it, Johnson says that prisoners who speak out on conditions of their imprisonment or who refuse to work are singled out and isolated from the general population. As he wrote:

Apart from six months when I was in general population in Oregon, I have been held in isolation cells without pause since 1994...I have been starved, beaten, dehydrated, put in freezing cold cells, attacked with attack dogs, rendered unconscious, chained to a wall for weeks. There’s nothing left to fear.

Johnson says he’s been shipped from prison to prison, across the U.S., in an effort to keep him from organizing and exposing conditions to outsiders — though somehow, he’s found ways to get his message out.

But he is far from being the only organizer to be silenced. The type of brute force and isolation he’s faced has been repeated elsewhere:

In 2010, a group of Georgia prisoners attempting to organize a strike were ruthlessly beaten on camera with hammers.

Kinetic Justice Amun, a strike leader at Alabama’s Limestone Correctional Facility, was brutalized and maced by officers in late 2016. Just days prior to the 2018 strike, he was placed in solitary confinement.

Ronald Brooks, who had served two decades in Louisiana’s notorious Angola prison, was suddenly transferred to another prison hours away when officials found that he was helping to lead actions during this year’s strike.

“We are anti-slavery, and are organizing to transform our ghettos into communities and our jails and prisons into places of human redemption,” Brooks said in a Facebook Live video on June 10. In the video, Brooks delivers his message with a t-shirt covering his face, but prison officials were ultimately able to identify him.

As Brooks’ mother told The Appeal, the Department of Corrections:

transferred him out to kind of break up anything that’s going on, any communication or things like that to try to stop them from moving forward with their rights...What they wanted to do was to move him away...because he was an organizer.

Ohio State Penitentiary prisoner Imam Siddique Abdullah Hasan was placed in the most restrictive form of solitary confinement on July 27 after prison officials discovered “strike-related” mail and social media posts. Another prisoner who reported the retaliation against Hasan to outside sources was also forced into solitary for leaking information.

Additional reports reveal that prisoners in Ohio, Florida, South Carolina and Washington have also been placed in solitary confinement for helping organize or take part in the 2018 strike.

At New Mexico’s Lea County Correctional facility, prisoners were put on lockdown starting August 20, just a day before the strike began, in an effort to weed out those participating in “disruptive behavior.” The lockdown bars any access to communication, visitation or recreation, and significantly limits access to food and shower.

This shows that prison officials recognize the collective power that workers have when they withhold their labor and disrupt business as usual. This is why organizers and revolutionaries are targeted for isolation and brutalization.

OF COURSE, the repression of the U.S. state extends beyond prison walls.

Up until July of this year, hundreds of activists arrested during protests of Trump’s inauguration in Washington, D.C., faced pending felony riot charges, which are punishable by up to 10 years in jail and a fine of $250,000.

According to the ACLU, legislators in nearly 20 states put forward anti-protest bills in 2017. Four of them passed, while others are still being considered. Ferguson, Baltimore and Standing Rock also exemplify the intense racialized repression of dissent in the U.S.remain in session.

Those behind bars are subjected to an even more intense level of surveillance and punishment. But our fight for our rights and our freedom is one in the same. As Eddie of JLS said; “We’re not going to give them our head, we’re not going to let them destroy our movement. It’s not going to happen.”