Ready for the union

Adam Turl looks at what unions can do for young workers--and what youth could do for organized labor.

A RECENT study, "Unions and Upward Mobility for Young Workers," by the Center for Economic and Policy Research (CEPR) confirms that the need to join unions couldn't be a more pressing issue for those coming of age today.

Of course, workplace organization was an urgent need for youth even before the onset of the biggest economic crisis since the Great Depression. The prospects for young working-class people had already worsened after three decades of stagnant wages and rising inequality.

This precipitous decline in the material well-being of young workers occurred even as they increasingly flocked to universities, community colleges and trade schools to prepare and train for what were once called the "high-value jobs" of a "new global economy." 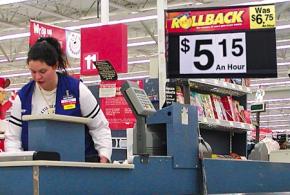 Between 1979 and 2007, the percentage of 18- to 29-year-olds with a college degree increased from 16.1 percent to 22.4 percent. The number of students who attended college (but didn't necessarily graduate) nearly doubled.

But this surge in secondary and vocational education didn't alter the downward trajectory of young workers' incomes. Instead, workers were saddled with greater debt as a result of taking on student loans to pay skyrocketing tuition costs.

This increase in educational achievement shows that the problem can't be boiled down to individual solutions (work harder and get ahead) or greater access to job training (although the government has repeatedly failed to deliver such training).

Instead, the root of the problem lies with the employers' neoliberal assault on unions and working-class people generally, which drove down wages and eliminated higher-paying unionized jobs in manufacturing.

Since the late 1970s, each cohort of young workers has entered a job market in flux, as older centers of industrial production declined, and new ones developed. Some manufacturing jobs disappeared as the result of globalization. In many other cases, technological advances were used by companies to have fewer workers produce more--often at lower wages. Meanwhile, the U.S. economy shifted toward more service jobs, which typically pay worse than the factory jobs they replaced.

For an overview of the prospects of working-class youth, see the Center for Economic and Policy Research report "Unions and Upward Mobility for Young Workers," written by John Schmitt.

The Demos report on "The Economic State of Young America," by Tamara Draut, contains a wealth of information about conditions for young people today. The full report is available for download.

For more on the U.S. labor movement over recent decades, see Kim Moody's book U.S. Labor in Trouble and Transition.

Many of the same questions have been taken up in the International Socialist Review. See Lee Sustar's "The failure of partnership" and "The labor movement: State of emergency, signs of renewal."

For a history of the U.S. working-class movement, including an analysis of current-day conditions and prospects, see Sharon Smith's Subterranean Fire: A History of Working-Class Radicalism in the United States.

ANOTHER KEY issue in the declining wages for young workers was the decay of organized labor. As the CEPR study puts it:

One factor contributing to the absolute and relative decline in the wages of young workers is the steep drop over the same period in their unionization rate. In 1983 (earliest year available), 16.0 percent of young workers were in a union; by 2007, the figure had fallen by almost half to 8.2 percent.

As a result, many young workers are employed in industries that are virtually nonunion--and employers have spared no expense to keep them that way. Union-busting bosses have been able to rely on U.S. labor laws that overwhelmingly favor business--and have made it increasingly difficult to organize the unorganized, even in growing industries.

Now the global recession has profoundly deepened the crisis facing young workers. From the spike in unemployment and underemployment to sharp--often double-digit--increases in college tuition and fees, young workers face conditions that cry out for greater union representation.

Unions can undermine the leverage that capitalists have in the labor market by overcoming competition between workers and allowing them to negotiate with employers for a greater share of the wealth that workers themselves create. Unions also give workers dignity and a sense of their power by giving them a greater say over the conditions of work itself.

In the context of this economic meltdown, the union advantage is clearer than ever. As the CEPR study showed, unionized workers aged 18 to 29, whether skilled or unskilled, earn wages an average of 12.4 percent higher than their nonunion counterparts. And between 2004 and 2007, the median income for young workers in unionized jobs was about $15.57 per hour, compared to $11 for nonunion young workers.

These numbers show why Corporate America erected every imaginable impediment to prevent workers from combining into unions for the past 30 years--at the same time as it implemented an all-out war to break up and destroy existing unions.

THE TIMES, however, are changing.

Take the potential re-introduction of the pro-union Employee Free Choice Act (EFCA). EFCA would allow employees in many workplaces to forgo the current drawn-out process of a National Labor Relations Board (NRLB) election.

The NLRB process invariably favors employers by allowing corporations more time to intimidate employees during a protracted campaign that culminates--usually after several delays--in a (supposedly) secret ballot. On the other hand, EFCA would allow workers to win union recognition by merely getting a majority to sign union cards.

In 2007, EFCA passed a vote in the House of Representatives before failing to get a filibuster-proof majority in the Senate. But in 2009, the Democrats will have greater majorities in both houses, and President-elect Barack Obama has said he would sign EFCA into law if it reached his desk.

Passage of a significant piece of pro-union labor legislation has become a real possibility. But it won't happen without a fight.

For example, the Wall Street Journal ran an op-ed article calling EFCA "unconstitutional" because it would force employers who refuse to recognize a union into arbitration to settle contract and other disputes.

Nevertheless, even some establishment heavyweights are in favor of EFCA. For example, the New York Times editorial page weighed in to support passage of EFCA:

The measure is vital legislation and should not be postponed. Even modest increases in the share of the unionized labor force push wages upward, because nonunion workplaces must keep up with unionized ones that collectively bargain for increases. By giving employees a bigger say in compensation issues, unions also help to establish corporate norms, the absence of which has contributed to unjustifiable disparities between executive pay and rank-and-file pay.

But support from the Times editorial board won't mean anything unless unions step up the fight. The labor movement should take the lead in aggressively pushing EFCA--and not merely through lobbying, but by mobilizing union members to publicize what's at stake, to protest and to put real pressure on the politicians in Washington.

The unions could also reach out to young workers and students to join a movement to support EFCA--and the labor movement more generally. Young workers are more open to the importance of unions than at almost any time in two generations. Studies have shown that young people under the age of 29 are the second most pro-union group of any age group in 40 years.

Numerous young workers and students rallied around the cause of the victorious Republic Windows and Doors factory occupation in Chicago in December, and the efforts to organize Starbucks have also been initiated by young workers. Student groups worked to support the long, bitter union drive that recently prevailed at the big Smithfield meatpacking plant in Tar Heel, N.C.

These same workers and students can be convinced to rally around the cause of EFCA specifically, and unions more generally. Young workers have a vested interest in organizing in their workplaces and schools--pushing for resolutions in student governments, collecting petitions, and reaching out to faculty and staff unions on campuses to build solidarity and support.

Younger workers can--and must--play a role in revitalizing a labor movement that has been on the defensive for 30 years. It's already clear that in this economic crisis, young workers will have to fight hard to achieve a decent future.