Petrino DiLeo looks at how Wall Street has been able to block financial services reform, thanks to members of Congress who eagerly do the banks' bidding.

YOU WOULD think that causing the worst financial crisis since the Great Depression might have repercussions. You would think being a major factor in the destruction of around 40 percent of the world's wealth might get you in trouble. You would think being the cause of the worst housing crisis in history--with millions of people losing their homes because of you--might force a restructuring of how Wall Street does things.

You would think that. But you'd be wrong.

For Wall Street's lobbyists in Washington, it's business as usual. Since Barack Obama took office, the bankers have succeeded in pushing through bogus "stress tests" of financial institutions' solvency, escaping tougher government oversight, and steamrolling attempts to give working-class borrowers a break.

Even the much-hyped limits on CEO pay are being rolled back. In mid-June, Barack Obama lifted a five-month-old limit on executive compensation at financial firms that took federal bailout money. Apparently, only $500,000 a year in salaries and other perks was just too much of a sacrifice for the financial system to bear. Instead, Obama has established a "special master of compensation," who will decide on pay to top executives at banks still reliant on government money. 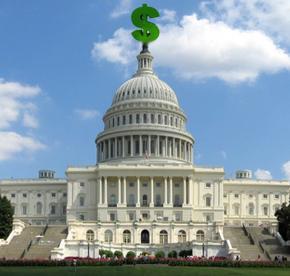 While having a "special master" oversee pay might sound like a big deal, the banks aren't sweating it. "Our people kind of thought it was a non-event," one unnamed executive of a large bank told the Washington Post. "I don't think there are worries about it on Wall Street." And, the executive added, "It's not like the horrible and unethical action from Congress, where they were putting artificial caps on pay or trying to steal back bonuses."

The sense of entitlement on display in comments like these is staggering--as if the "wizards" of Wall Street deserve the billions in compensation showered upon them in the past decade for producing what has proved to be fictitious wealth, while destabilizing the economy and destroying the lives of people across the U.S.

As for legislation aimed at stemming the kinds of predatory lending practices that helped exacerbate the housing bubble and ultimately triggered the financial crisis, Senate Banking Committee Chair Christopher Dodd recently said, "We've got a lot on our plate. We've got other things to do."

Apparently, however, one of those "other things to do" was not passing "cramdown" legislation--a measure that would have enabled bankruptcy court judges to lower the principal on existing mortgages for homeowners facing foreclosure, thereby helping people to keep their homes. In that bill, defeated in early May, the Senate sided with banks over homeowners by a 51-45 margin.

Housing rights activists estimate the legislation could have staved off 1.7 million foreclosures and preserved $300 billion in home equity. Nevertheless, a dozen Democrats in Senate voted against it.

"Instead of defending ordinary Americans, the majority of the senators went with the banks," said the Center for Responsible Lending in a statement. "Yes, the same banks who have benefited so richly in the [$700 billion Troubled Asset Relief Program, or TARP] bailout."

Meanwhile, the Treasury Department was celebrating the fact that 10 banks would be paying back TARP funds--insinuating that the financial system is on stable enough ground that the government could begin backing off.

But the same day that Treasury Secretary Tim Geithner talked up the TARP repayments, TARP Oversight Panel Chair Elizabeth Warren said the so-called stress tests, conducted to determine whether the big banks were on safe financial footing, should be redone.

"The employment numbers for 2009 have already exceeded the harshest scenario considered so far, suggesting that the stress tests should be repeated," Warren's report stated.

THERE WAS just one piece of legislation that didn't go entirely the banks' way--a bill, signed into law by Obama in May, that put some restraints on the out-of-control credit card industry,

The new law bans increases in annual percentage rate interest charges during the first 12 months after opening up an account. Consumers must get 45 days' notice of changes in rates or contracts, and 30 days' notice for account closures. The law also eliminates the notorious practice of "double billing," in which credit card issuers impose finance charges based on balances already paid.

Yet even here, industry lobbyists were able to block changes sought by industry critics. Crucially, there's still no cap on the interest rates that credit card companies can charge.

That's why John Taylor, chief executive of the National Community Reinvestment Coalition, said in a recent interview: "It's the bottom of the ninth, and it's bankers 10, consumers zero. It's like being in a street fight, and you and a few friends just went up against 100 other people, and you're just picking yourself up off the ground. And you're just bloodied."

One reason bank lobbyists have been so successful is that they have convinced Congress to take on financial issues piecemeal, rather than in a single piece of legislation. That way, the lobbyists could focus on one battle at a time.

And on each bill, they made the case that new rules would restrict credit and jack up interest rates, thereby hurting consumers. Overall, the financial industry spent $42 million in lobbying efforts in the first quarter of 2009--even as many banks were still being bailed out with taxpayer money.

By and large, this tactic has been successful. Scott Talbott, a lobbyist at the Financial Services Roundtable, admitted, "We knew we were going to be up against it. Yeah, we know it was going to be a tough year. And so far, it has not been a tough as expected."

So despite Wall Street's greatest crisis since the 1930s, the banking system is still calling the shots in Washington. Indeed, in a rare moment of candor, Sen. Dick Durbin (D-Ill.) said: "And the banks--hard to believe in a time when we're facing a banking crisis that many of the banks created--are still the most powerful lobby on Capitol Hill. And they frankly own the place."

What's more, the same people move seamlessly back and forth between the corridors of power in finance and politics. Consider the case of Michael Paese, an ex-JP Morgan employee who became the top staffer to Rep. Barney Frank, chair of the House Financial Services Committee--which oversees Wall Street. Last September, Paese bolted to become Goldman Sachs' top lobbyist. There he replaced Mark Patterson, who, in turn, left Goldman Sachs to become chief of staff at the Treasury Department.

Goldman Sachs, remember, is the firm that was run by former Treasury Secretary Henry Paulson before he went to Washington to work in the Bush administration. And don't forget that Treasury Secretary Timothy Geithner himself is a disciple of Ronald Rubin, another former Goldman Sachs executive turned treasury secretary during the Clinton administration.

Given this Wall Street-Washington circuit, it's little surprise that Barney Frank has written a piece of legislation on lending "reform" that seems tailored to Wall Street.

His proposed measure has nine consumer, housing and civil rights groups up in arms. The National Consumer Law Center, for example, says the proposed legislation would "do more harm than good"--and added in a statement, "The bill is complex, convoluted and simply will not accomplish its main goal--to fundamentally change the way mortgages are made in this country."

JUST IN case the Wall Street/Washington revolving door isn't sufficient to get their way, the finance capitalists spread enormous amounts of money around Congress.

In the 2008 election cycle, securities and investment firms donated a whopping $154.9 million to political campaigns--$57 million more than the 2004 elections, according to OpenSecrets.org. Of that, 57 percent went to Democrats and 43 percent to Republicans. Real estate, which became deeply enmeshed with Wall Street during the housing bubble, donated another $136.7 million. The split was 49 percent Democrats and 51 percent Republicans.

Commercial banks, meanwhile, contributed $37.1 million to politicians--the most ever from that sector--with 48 percent going to Democrats and 52 percent to Republicans. Lastly, hedge funds tossed in another $16.7 million--four times as much as the sector had donated in any other election cycle. Hedge funds favored Democrats by a 65-35 percent margin. Altogether, that comes to $345.4 million.

While the numbers may have been larger than ever, Wall Street has long bought members of Congress in both parties to advance its legislative agenda. And it was a Democrat--President Bill Clinton--who signed into law two key pieces of legislation that set the stage for the current financial crisis.

The Gramm-Leach-Bliley Act, passed by a Republican Congress in 1999, repealed the Depression-era Glass-Steagall laws, which had separated risky investment banking from traditional, deposit-taking commercial banks. A year later, Congress passed the Commodity Futures Modernization Act, which kept large parts of commodities trading beyond the reach of regulators--including complex financial instruments that triggered the financial meltdown.

Today, Democrats have total control of the legislative process. But Wall Street is still getting its way, despite the bankers' shattered credibility for their role in crashing the economy. Real financial reform that provides relief to working people will come only when social movements can put enough pressure on politicians to force them act.