A powerful voice for international socialism

Alan Maass honors the life of a revolutionary who contributed to the tradition of international socialism for half a century.

CHRIS HARMAN, a leading British socialist and author of dozens of books and pamphlets on politics, economics, history and the Marxist tradition, died of a heart attack on Saturday at the age of 67.

His death--while in Cairo to speak at the Socialist Days conference--comes as a terrible shock to the many socialists in Britain and around the world who were influenced by him. We are deeply saddened by the sudden loss of this revolutionary who was a vital participant in the struggle for a new world for half a century.

Harman was born to a working-class family in Britain and attended the London School of Economics, where he was drawn to radical politics. He was part of the British campaign against the Vietnam War, called the Vietnam Solidarity Campaign--one of the central struggles that contributed to the re-emergence of a new revolutionary left in Britain.

By the early 1960s, he had joined the International Socialists (IS), an organization, later renamed the Socialist Workers Party (SWP), in which he remained a leading figure all his life. 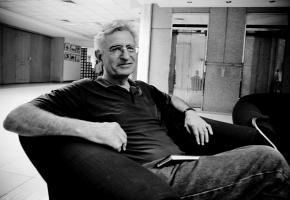 The IS stood out from other socialist groups in Britain because it not only opposed capitalism in the West, but the Stalinist tyrannies in the USSR, China and other countries that falsely called themselves socialist. Internationally, the IS and SWP were among a current of socialist organizations--the International Socialist Organization (ISO) in the U.S., which publishes SocialistWorker.org, among them--that took up the slogan "Neither Washington nor Moscow, but International Socialism."

Harman was a prolific writer for the publications sponsored by the IS and SWP. He was the editor of Socialist Worker newspaper in Britain for almost all the years between 1976 and 2004, when he started editing International Socialism Journal, the SWP's theoretical quarterly.

HARMAN WAS the author of books on a vast array of topics. He expanded on the analysis first put forward by Tony Cliff of the IS that Russia and the so-called socialist countries modeled on it were, in reality, state capitalist--ruled not by private capitalists, but state bureaucrats who were driven by military competition with the West to preside over a society of exploitation and oppression that had much more in common with Western-style capitalism than differences. Harman's Class Struggles in Eastern Europe brilliantly documents both the repressive systems in the USSR's satellite countries of the East and the rebellions from below against them.

Harman was known throughout the international left for his contributions to Marxist economic theory. In addition to his role in the debates over how to apply Marxism today, he was also a talented popularizer of the ideas of the socialist tradition, with a knack for making sometimes complex concepts accessible--something that showed through in short books like How Marxism Works and Economics of the Madhouse.

Harman's writings also took up history. His book The Fire Last Time: 1968 and After brought together the stories of struggle and revolution from the U.S., Europe and far beyond to present an inspiring picture of the international radicalization of the 1960s and early 1970s. One of his last books was A People's History of the World, literally an attempt to present a Marxist understanding of human history from the first examples of settled societies thousands of years ago to the international capitalist system of today.

As a veteran of past struggles and a penetrating writer, Harman had an influence outside Britain on socialists committed to the tradition of international socialism--the ISO in the U.S. among them. Harman came to the U.S. numerous times in the 1980s and '90s to speak for the ISO, and his articles for Britain's Socialist Worker often appeared in our own paper.

In the difficult period following the retreat of the struggles of the 1960s and early '70s, Harman helped us in understanding what needed to be done to uphold the tradition of revolutionary socialism and organize new struggles during the conservative era of the 1980s and the contradictions of the 1990s.

Despite differences between our organizations, the ISO has continued to be guided by the tradition of international socialism that Harman stood for and contributed to his whole political life. We mourn the loss of this committed revolutionary--and will honor his contribution by continuing the struggle for international socialism.