Big business is celebrating a Supreme Court decision that struck down restrictions on its ability to flood U.S. politics with money. But as Alan Maass explains, the Washington political system has always been ruled by corporate power.

FIVE MEN have made it that much easier for Corporate America to exercise its domination over the U.S. political system.

In late January, by a 5-4 vote, the U.S. Supreme Court overturned laws that restrict direct political spending by businesses, industry associations and other bodies, and that limit the amount of money corporations can spend in the political arena.

The ruling keeps restrictions on direct corporate donations to candidates and political parties, but opens the floodgates to the obvious end-run around them--unlimited corporate-backed advertising advocating the election or defeat of federal candidates, so long as some fiction of formal organizational independence is maintained.

This is a decision that the hard-right faction among the Supreme Court justices has been itching to make since the Bush years, when John Roberts and Samuel Alito got on the court. As Noam Chomsky wrote at In These Times, Roberts, as chief justice, "selected a case that could easily have been settled on narrow grounds and maneuvered the court into using it to push through a far-reaching decision that overturns a century of precedents restricting corporate contributions to federal campaigns." 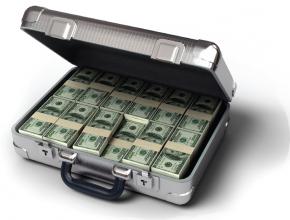 Many mainstream media accounts of the ruling presented it as even-handed, since the labor movement is freed of the same constraints on political spending. But the unions can't compete with the riches of Corporate America. Organized labor's total resources are "barely equal to the combined annual compensation packages of any two of the largest investment banks," the Nation pointed out.

Barack Obama denounced the Supreme Court decision as "a major victory for big oil, Wall Street banks, health insurance companies and the other powerful interests that marshal their power every day in Washington."

He's right. But it's not like corporate money didn't play a dominant role in the U.S. political system before this ruling--as Obama knows full well, since he and the Democratic Party benefited from that fact during the 2008 election.

The campaign finance restrictions the five justices got rid of date back to a 1907 law championed by a Republican President Theodore Roosevelt--the Tillman Act, which banned corporate donations to federal campaigns. But from that point on, corporations merely came up with ways to evade the restrictions.

For example, after the McCain-Feingold campaign finance measure--the most substantial "reform" legislation recently--passed in 2002 (signed into law by that great promoter of democratic values, George W. Bush), contributions to candidates and parties nearly doubled in the 2004 election cycle, compared to the most recent pre-McCain-Feingold campaign cycle.

Techniques like "bundling"--where corporations "bundle" together the maximum allowable contributions from individual executives, rather than hand over a single check--allow big business to project their influence in spite of bans.

This was the secret behind the Obama campaign's massive war chest, supposedly raised from "small donors" who gave $10, $20 and $50. In reality, many "small donors" gave multiple times, bringing them up to the legal limit. And according to a New York Times report in August 2008, the number of "bundled" donations to Obama's campaign from wealthy donors "almost rivals the $147 million raised by President Bush's network of Pioneers and Rangers in contributions of $1,000 or larger during the 2004 primary season."

A CENTURY ago, President Woodrow Wilson gave the most accurate description of how the American political system operates: "The men really consulted are the men who have the big stake--the big bankers, the big manufacturers and the big masters of commerce...The masters of the government of the United States are the combined capitalists and manufacturers of the United States."

That's as true today as ever. Corporate America devotes big sums of money to getting its way in Washington.

Consider what the health care industry did to make sure reform measures that might have threatened their profits were kept "off the table"--and that the legislation which did emerge was shaped to their interests. Legislators like Democratic Sen. Max Baucus, who put together the Senate's bill, have been in the pocket of health care companies for years. According to the Center for Responsive Politics, the industry gave a total of $17.7 million to the campaigns of senators taking part in the health care debate.

But in some ways, campaign contributions are a sideshow to the real supermarket for the buying and selling of influence in Washington--corporate lobbying.

Industries like pharmaceuticals and insurance have immense lobbying operations, with each sector's operatives far outnumbering the members of Congress. The major health care industry groups spent an average of $1.4 million every day to lobby in 2009, according to Common Cause. That's about $2,600 per day per member of the House and Senate.

Compare the influence that cold hard cash buys versus voters calling their representatives to share their opinions.

The Washington system oozes money. But it's not like the men and women with seats in Congress are strangers to it before they got to the capital.

The Center for Responsive Politics analysis of annual financial disclosures made by members of the House and Senate estimated that nearly half were millionaires in 2009--a total of 237 lawmakers out of 535. The median net worth for senators was $1.8 million; it was $622,254 for members of the House.

There's a reason why so many members of Congress are rich. It helps with the high cost of getting elected. Two decades ago, the average cost of a winning campaign for the House of Representatives was already over $400,000. By 2008, it had more than tripled to $1.4 million. The average cost of a losing House race in 2008 was nearly half a million dollars, almost $100,000 more than it cost to win 20 years before.

So the elected representatives in Washington aren't exactly representative of ordinary people. Even without corporate campaign contributions and intensive lobbying, members of Congress are inclined toward the same world view as the heads of banks and corporations because so many belong to the same class.

This is true of the Obama administration, too. As a candidate, Barack Obama nurtured an image of being an "outsider." But look at the phone directory of staff at Obama's Treasury Department, and you'll find a collection of former bank and corporate executives and career bureaucrats.

Treasury Secretary Tim Geithner is a perfect example. He's never worked for a Wall Street bank, but he has spent his entire professional life in the world of high finance--he worked his way up the Federal Reserve Bank system. Geithner's own world view is shaped by the financial and political elite he works with, so the policies he supports cater to the interests of that elite.

The same is true elsewhere in the Obama White House. Chief of Staff Rahm Emanuel, for example, was a political operative in the Clinton White House during the 1990s. When he "left politics" for a brief time after Clinton's term ended, where did he end up? Managing a hedge fund for a multimillion-dollar salary. After a few years of lining his bank account, Emanuel was welcomed back into the corridors of power in Washington as a member of Congress, and now the president's top adviser.

So Wilson was right about the masters of government being "the combined capitalists and manufacturers of the United States." We may get to vote for president or members of Congress or other elected officials every two or four years, but corporate control over the system ensures that a common political power structure endures, no matter what the voters do.

THE U.S. claims to be the "world's greatest democracy." But you only have to look at the spectacle of the U.S. Senate, where the minority rules, to see what a farce that is.

Though reduced to one of the smallest minorities of any party in a generation, Senate Republicans exercise effective veto power through a rule that allows a minority of 40 senators to block any measure from coming to an actual up-and-down vote.

When the Republicans were in power, they screamed bloody murder if Democrats even talked about a filibuster to block legislation. Now, of course, the Republicans see things differently--and the cowards of the Democratic Party won't call them out.

Actually, it doesn't require 40 Republicans to block action in the Senate. All it takes is one. Alabama Sen. Richard Shelby is using an archaic Senate tradition of allowing individual members to block appointments to executive branch vacancies. Shelby has put a hold on more than 70 appointments until the administration agrees to his blackmail terms--tens of millions of dollars for a new FBI laboratory for his state that the FBI says it doesn't want, and a contract for an Air Force tanker plane to be built in Alabama.

Compare the power of this one individual--operating completely within the rules of the "world's greatest democracy"--to that of ordinary people, whose "influence" over the government is limited to voting every few years.

And sometimes not even that. One of the dirty secrets of American democracy is the huge number of people who are denied the right to vote.

To begin with, 5.3 million people--or one in every 39 adults--have lost their voting rights, some permanently, as a result of felony convictions. As with anything connected to the criminal justice system, African Americans are disproportionately affected--one in every eight Black men nationwide can't vote, and in certain Southern states, the proportion is greater than one in four.

Other people are disenfranchised because they were born outside the U.S. According to the last full census in 2000, there were between 30 million and 40 million foreign-born people in the U.S.--more than 20 million of them legal residents, but non-citizens, who are allowed to vote in only a handful of localities.

And that's only to talk about the elected part of the U.S. political system. Most of what people think of as the government is unelected--and barely accountable, if at all, to the "will of the majority."

For example, there are the five justices of the Supreme Court who with their recent decision defied mass popular sentiment for restrictions on corporate political power--none of them ever faced an election. There are the vast bureaucracies that make life-and-death decisions about people's lives.

And looming behind them are the military and police, supposedly answerable to elected representatives, but not in practice. Many times in different societies through history, capitalism has dispensed with democracy altogether and ruled through the brute force of a military regime.

We're taught that the government is supposed to be neutral--standing above society and making laws that treat everyone equally. But that's not true. Under capitalism, governments are structured to serve the interests of the business and political elite--the ruling class.

Real democracy would give everyone in society a say in our future. But that won't happen under capitalism. We need a socialist society, committed to solidarity and equality, if we're ever going to make democracy a reality.