Is Obama the women’s choice?

Elizabeth Schulte makes the case that supporters of women's rights shouldn't be forced into casting a ballot for Barack Obama.

IT'S A stark choice at the ballot box for anyone who cares about women's rights--at least according to the e-mails from Planned Parenthood and the National Organization for Women (NOW) that flood our inboxes.

Here's a message from NOW a few days ago, titled "Vote for a feminist future":

The 2012 election is a pivotal moment in the march toward equality for women and justice for ALL.

We must not let Mitt Romney and Paul Ryan take us back to a time before health care reform, before legalized abortion and family planning funding, before unions and the social safety net, before the advancement of LGBT rights.

We must stand up to the radical fringe and put an end to the war on women.

There is probably no other issue that demonstrates the upside-down world of politics at election time--where the pressure is on the voters, not the candidates, to prove their support for women's issues, and the only way to do so is to support the Democratic candidate, without criticism.

The message every election season is that if you don't vote for the Democrats, you don't care about women's rights. If you criticize the Democrats--or if, horror of horrors, you believe that we deserve an expansion of our rights rather than settling for staving off Republican attacks--then you are aiding and abetting the anti-choice, anti-women Romney campaign. 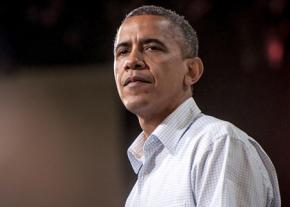 So during the time when the U.S. is supposed to be proving what a great democracy it is, the actual experience of elections--at least for anyone who has higher expectations for women's rights--demonstrates how removed the choices facing voters are from what they actually want.

Women, especially poor women, living in much of this country, already have few or no options for full reproductive health care, especially in how to deal with unwanted pregnancy. One party is pledged to appoint judges who will overturn Roe v. Wade and make abortion illegal across the board. That matters.

But compromising for the lesser evil has a real effect in silencing our movements. In the end, the "great" American democratic process means lowering expectations and watering down your demands--and ultimately getting exactly as little as you settled for, and maybe less.

For a few weeks at most every four years, women's issues are the top priorities for Democrats. But it's important to observe their record for the rest of the time. On a number of issues, the Obama administration has fallen far short of the expectations of four years ago. And in some areas, Obama's policies have shown him to be anything but the women's choice in 2012. Here are a few examples:

A woman's ability to make medical decisions for herself, particularly access to abortion and birth control services, should be fundamental to anyone who takes the idea of women's equality seriously. There should be no compromising on this issue.

Nevertheless, when the Federal Drug Administration (FDA) recommended in December 2011 that Plan B emergency contraception--known as the "morning after pill"--be made available to women under 17 years old, Health and Human Services Secretary Kathleen Sebelius reversed the FDA's decision, and Obama backed her up.

We had every confidence that this Bush-era policy would come to an end. The Obama administration has broken a key promise to the American people that it would base its decisions on sound science and what's in the best interest of women's health. In short, this is a failure to deliver change.

Less than a year later, Keenan was a featured speaker at the Democratic National Convention (DNC) in September, urging women to "stand with a president who has stood with us."

In the case of funding for poor women's health care, it's less amnesia than a case of sleight of hand.

When he first got into office, Obama did the right thing and repealed the "global gag rule" that banned U.S. government funding for international family planning organizations that offer abortions or provide information or counseling about abortion.

The lifting of the gag rule was a welcome move, but when reproductive rights supporters asked the administration to review the Helms amendment, a 1973 bill that bans funding for organizations providing abortions overseas and that has been used effectively for decades to bar funding to groups that even counsel about abortion, Obama dragged his feet. Obama could easily issue an executive order clarifying the policy and making it possible for women to receive the counseling they need. But so far has refused to do so.

In the first two years of his term, the Obama administration faced a rabid assault over its health care bill, particularly from the Christian Right over issues of women's health. Instead of fighting, the administration compromised--and, even worse, used reproductive rights as a bargaining chip to get the bill passed. In the end, Obama agreed to issue an executive order reaffirming the Hyde Amendment, which bars poor women from using federal funds to obtain an abortion. This was the deal he made to get anti-choice Democrats to support the legislation.

Similarly, the Obama administration allowed birth control coverage under the health care law to be subjected to the conditions of the Christian Right. In this case, the administration tried to appease the U.S. Council of Catholic Bishops by exempting Catholic institutions from having to provide insurance that covers birth control at no cost to women.

Leave aside, for the moment, the absurdity of religious organizations dictating terms on the rights of women in the workplace in a country that supposedly recognizes the separation between church and state. The fact is that many Catholic-affiliated universities and hospitals don't even agree with Obama's compromise--they already cover contraception in their health insurance plans.

Instead of taking on the anti-women forces, the Obama administration exempted religious institutions from the health care law's provision on contraception--which only emboldened the bishops to demand that the administration eliminate the provision completely.

Setting a tone of compromise in the face of right-wing attacks has given the right victories it wouldn't have achieved otherwise. And the outcome has had a real effect on women's access to reproductive health. Over the last four years of Obama, access to abortion has decreased. According to the Guttmacher Institute, in the first half of 2012, 15 states passed 39 restrictions on abortion. In 2011, 24 states passed 92 restrictions.

At the Democratic convention in September, Obama reminded supporters how he started his first term by signing the Lilly Ledbetter Fair Pay Act, lifting a restrictive statute of limitations for women who try to sue their employer over wage discrimination.

The act was a hopeful sign for women who thought it might mean the administration would quicken the slow pace of reaching wage parity with men. But it hasn't. According to the Institute for Women's Policy Research:

The ratio of women's and men's median annual earnings was 77.0 for full-time/year-round workers in 2011, essentially unchanged from 77.4 in 2010...During the last decade, the wage gap narrowed by less than half of one percentage point. In the previous decade, between 1991 and 2000, it closed by almost four, and in the decade prior to that, 1981 and 1990, by over 10 percentage points.

When the Democrats controlled Congress with majorities in both houses, the Obama administration had the opportunity to pass the Paycheck Fairness Act, closing a loophole in the 1963 Equal Pay Act that allows employers to get away with discriminatory pay. Instead, it squandered the opportunity.

If the Obama administration had wanted to demonstrate its commitment to raising wages for all workers, women included, it would have made an effort to pass the Employee Free Choice Act, which would make it easier for workers to join unions. And while he was at it, Obama might have told his former chief of staff Rahm Emanuel to lay off his assault on the Chicago Teachers Union.

Poor women and the budget ax

The priorities of Washington were exposed for all to see during the battles over the budget since 2011. As Republicans demanded unheard-of cuts to social spending programs, the Democrats tried to portray themselves as the reasonable, yet fiscally responsible, ones committed to balancing the budget. The results were deep cuts to social services, while tax breaks for the super-rich were preserved.

Despite their rhetoric about protecting the vulnerable, the Democrats were as prepared as Republicans to make poor and working-class people pay for the economic crisis, particularly women and children.

And on January 1, as a result of last year's congressional debt ceiling debate, we could see $500 million worth of automatic cuts in domestic programs, many which will affect women directly. As many as 100,000 of the 962,000 children who rely on Head Start could be cut from the rolls. A National Women's Law Center review of child care subsidies shows that families in 37 states were already worse off in 2011 than in 2010.

These cuts would worsen the already deteriorating conditions for many women. According to National Women's Law Center, the poverty rate among women rose to14.5 percent in 2010--up from 13.9 percent in 2009--the highest level in 17 years. By 2010, more than 7.5 million women had fallen into "extreme poverty rate," meaning their income was below half of the federal poverty line.

LET'S COMPARE the record of Barack Obama on these questions with another former president, one much less beloved by supporters of women's rights.

This president endorsed the Equal Rights Amendment, requested that the Justice Department bring sex discrimination suits under Title VII of the Civil Rights Act, and ordered the Labor Department to add sex discrimination provisions to the guidelines for federal contractors. He also signed Title X, a law sponsored by then-Rep. George H.W. Bush, which provides funding for family planning for the poor.

The president was Republican Richard Nixon, and his administration's record on women's rights has everything to do with the times--the rise of the women's liberation movement and a transformation in the way society at large viewed women. Taking its inspiration from the struggle for Black liberation, this movement set its sights high and refused to accept less.

The lessons of this era teach us that the decisive factor in shifting public opinion and winning demands that will make working women's lives better is the organizing that we do, not the silence we are told to keep at election time.

The Democratic Party establishment counts on the idea that supporters of women's rights will vote for them because they have no other alternative. Knowing that, they feel no obligation to do anything in return. That's why they don't deserve one ounce of our support.