ONLY A few years ago, there were six major U.S. airlines. All of them went bankrupt and all of them received financial relief off the backs of employees, amounting to billions of dollars.

As it turns out, the funds generated in bankruptcy courts resulted in a buying spree and an accrual of additional assets. Since 2008, for example, there have been three mega-mergers so that, now, there are only three major U.S. airlines--four, if you include low-cost carrier Southwest Airlines.

Several significant mergers were actually consummated while still in bankruptcy such as between Delta and Northwest, so, there is certainly nothing new when another bankrupt airline, American Airlines, announced in February its plans to merge with U.S. Airways.

The $11 billion deal would create the world's largest airline. Again, nothing new, as American pays for its expansion with more employee concessions--wages have already been cut and pensions are now frozen.

On April 18, the Wall Street Journal stated the obvious: American "is proving that bankruptcy really did help to drive down the costs." 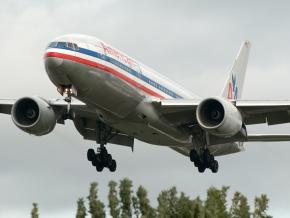 Nothing new, true enough, but, nonetheless remarkable--how U.S. bankruptcy courts allow businesses to expand and profit while employee wages and benefits are cut. American estimates that $1 billion in savings will result from this most recent merger and airline workers have a pretty good idea where most of these savings will come.

Meanwhile, the majors continue to fly higher than ever, awash in profits. Poor United--it was by far the least profitable major U.S. airline in 2012. Its profits of $589 million compare favorably to Southwest Airlines' $421 million, but pale in comparison to "bankrupt" Delta Air Lines net profits of $1.6 billion.

What about fares? Most analysts expect these also to increase as a result of fewer airlines. In fact, it already has been happening for some time. While airlines do try to keep a lid on listed "fares" where there is competition, all of them have added the increasingly annoying array of costly "fees," expected to bring in a staggering $36 billion to U.S. carriers in 2013.

All this means that owning an airline will continue to be a lot better experience than flying in one and certainly a heck of a lot better than working for one.