Why the rich are striking it richer

Corporate America has returned to record profits--while workers continue to scrape by.

HOW LONG would it take an ordinary American to make $100 million? They'd have to live 60 lives and work for half a century in each reincarnation at the current median annual income for an individual.

The 10 highest-paid CEOs in the U.S. managed the feat in far less than a single lifetime--actually in just one year of "work" in 2012. According to GMI Ratings' CEO Pay Survey released in late October, for the first time, all 10 of the highest-paid corporate executives in the U.S. raked in more than $100 million in compensation last year.

"I have never seen anything like that," said Greg Ruel, GMI's senior research consultant and author of the report. "Usually we have a few CEOs at the $100 million-plus level, but never the entire top 10."

Two on the list took in more than $1 billion--Facebook's Mark Zuckerberg at $2.27 billion and Richard Kinder of the energy firm Kinder Morgan at $1.16 billion. Between all 10, America's top bosses made more than $4.7 billion in 2012.

By and large, the super-wealth mostly came from stock options and other shareholder-related compensation. Many of the top CEOs cashed in as the stock markets continued their bounceback from the 2008 financial crisis to set new records. Zuckerberg, for instance, took in more than $2 billion alone when he sold shares connected with Facebook's initial public offering last year. 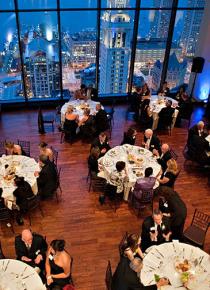 It won't surprise anyone reading this article, but American workers haven't been so lucky.

Let's compare: According to the GMI report, CEOs at the biggest companies in the S&P 500 saw total median compensation jump by nearly 20 percent. Meanwhile, median wages for full-time workers rose just 1.4 percent, according to the Bureau of Labor Statistics. So already bloated CEO income is growing nearly 15 times faster than workers' wages.

The enormous gap between CEO pay and workers' wages is nothing new--it's been growing ever greater for decades. According to a 2012 report by the Economic Policy Institute, between 1978 and 2011, annual CEO compensation increased by 726 percent. During the same period, workers' wage increased just 5.7 percent, after adjusting for inflation.

So the Grand Canyon between Corporate America's bosses and working people has existed for decades. But over the last few years--as a result of the Great Recession--it's gotten grander still.

In September, Thomas Piketty and Emmanuel Saez of the University of California at Berkeley released the report "Striking it Richer," in which they tracked incomes since the official end of the recession. Between 2009 to 2012, the study showed, average real income per family grew by a modest 6 percent, with most of the gains--4.6 percent--taking place in the last year. But when they tracked these gains by income level, they found shocking disparities.

FIVE YEARS after the Wall Street financial crisis, the American ruling class has returned to profitability and big stock benefits--while U.S. workers are scrambling to provide the basics for their families.

When the headlines five years ago warned of the possibility of another Great Depression, ordinary people feared the worst was in store for them. But the reaction among the corporate elite was different. Their question was: What can we get out of this? And as we can see from the numbers, the answer was: Plenty.

Business seized on the opportunity provided by the economic crisis to drive through a qualitative decline in working class living standards--whether measured by higher unemployment, more precarious job security, stagnant wages and hollowed-out "fringe benefits" such as health care coverage. At the same time, Wall Street and Corporate America thrived on federal bailouts and generous tax breaks that propelled them to record profits.

In stark contrast to the giveaways to big business and the rich, working people have borne the brunt of austerity policies that savaged government programs providing aid and assistance to those who need it most in society. This scorched-earth assault on the social wage was another face of the ruling class offensive against workers' living standards.

Everyone knows the Republican maniacs are for cutting the government budget to the bone. But despite its control of the House, the GOP is the minority party in Washington today--demand for shared sacrifice and belt-tightening has been led by the Obama administration and congressional Democrats.

Obama regularly claims to be protecting working people from the worst Republican assault. But he's made historic concessions to the Republicans, offering a "grand bargain" that would put the government's most popular and important programs, like Social Security and Medicare, on the chopping block.

So Corporate America is getting what it wants from both mainstream parties. Big business can line up at the trough for bailouts and tax breaks, but the government doesn't have a dime to spare for the poor, the disabled and the elderly.

THIS SICK double standard was made all the more obvious at the end of October when a report showed that more than half of workers at fast-food restaurant chains--some of the most profitable corporations in the entire country--rely on some form of public assistance to made ends meet.

The report, titled "Fast Food, Poverty Wages," from researchers at the University of California-Berkeley and University of Illinois at Urbana-Champaign, revealed that low wages--the median among the fast-food giants is $8.69 an hour, with many workers making at or near the federal minimum wage of $7.25--plus lack of benefits and part-time hours are responsible for a situation where 52 percent of fast-food workers were enrolled in one or more federal government programs, including food stamps, Medicaid, Temporary Assistance for Needy Families, and the Earned Income Tax Credit.

When corporations like McDonalds and KFC make huge profits each year, they achieve them in large part by "keeping down costs"--translation: by paying their workers so little and providing so few benefits that employees are forced to turn to the government to survive.

Tellingly in the context of the current discussion about "Obamacare," one major reason that fast-food workers look for federal help is access to health care--because health care benefits are slim pickings in the industry.

"Overall, 13 percent of core frontline fast-food workers receive health benefits through their employer, compared to 59 percent for the workforce as a whole," the report stated. "When we restrict the analysis to workers employed 30 hours or more per week, the share enrolled in employer-sponsored health insurance programs provided by their employer rises slightly, to 17 percent."

In October, a taped conversation of a desperate McDonald's worker calling the company's "McResource" line captured the corporate representative suggesting she apply for food stamps and Medicaid.

According to an October report by National Employment Law Project (NELP), "Super-sizing Public Costs," low wages at the top 10 fast-food companies cost taxpayers an estimated $3.8 billion every year in public spending. McDonald's alone is responsible for $1.2 billion in public outlays for its employees.

Often, fast-food employers act as if these jobs are at the margins of the workforce--the stereotype is of young people working part time while in school. But fast-food jobs make up a significant number of the jobs created since the Great Recession.

Between 2007 and 2009, some 60 percent of the jobs lost were middle-wage jobs, according to NELP. Of the new jobs created in the first three years of economic recovery, almost exactly the same percentage were low-wage jobs.

There's a fierce debate going on Washington about how much to cut from food stamps, from Medicare and from other programs in order to balance the federal budget. Meanwhile, there's another debate in working-class homes across the country: What are we going to cut out to make it through the month?

These two very different discussions reflect the deep divide between the mainstream political discussion within the Washington system and the sentiment among ordinary people in favor of government initiatives that could make a difference in their lives--like a jobs programs.

More broadly, they show us the two very different worlds that exist side by side in the U.S. today--because of a system that's built around profit at all costs, where the few at the top stay there by stealing from everyone else in society.