Kobanê, the Kurds and the Syrian revolution

Soldiers from the Islamic State in Iraq and Syria (ISIS) are besieging Kobanê, the city in the northern Syrian region that is home to much of the country's Kurdish population. Kurdish fighters and their supporters are defending the city against the Sunni reactionaries, street by street--but they have been betrayed by all the world and regional powers.

Joseph Daher, a member of the Revolutionary Left Current in Syria, analyzes the forces at play in this article for his blog Syria Freedom Forever (published with minimal editing for style and translation) and makes the case that the Kurdish struggle for self-determination and the Syrian revolution against the Assad dictatorship share a common destiny.

THE CITY of Kobanê in Syria, which is by a large majority inhabited by Kurdish people, has been under direct threat for several weeks by the Islamic State in Iraq and Syria (ISIS). Since the beginning of the ISIS offensive on September 16, more than 550 people have died, including 298 militants of ISIS, 236 Kurdish fighters and around 20 civilians. More than 12,000 civilians still remain in some sections of the city of Kobanê, while the ISIS offensive on Kobanê and its surrounding villages has led to the forced displacement of about 200,000 people.

The city would actually have fallen long ago if it was not for the resistance organized by the Democratic Union Party (PYD, which is linked to the Kurdistan Workers Party, or PKK, in Turkey) and its military forces, the People's Protection Units (YPG), and also the active participation of at least three battalions of Arab fighters in the city: the revolutionary battalion of Al Raqqa, the battalion of the "northern Sun" and the battalion of Jirablis. On October 4, the Free Syrian Army (FSA) also decided to send a thousand fighters to defend Kobanê. 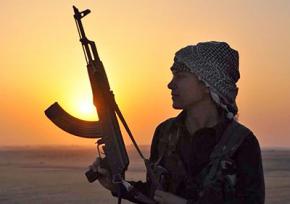 The city of Kobanê has a strategic location for ISIS. First, the city lies between the cities of Jerablus and Tel Abyad, which are both under ISIS occupation, and its capture would allow a territorial continuity for ISIS. Secondly, the city is also a gateway to Turkey.

Kobanê is also the center of one of the three cantons (with Afrin and Cizre) that established themselves as democratic autonomous regions in a confederation of "Kurds, Arabs, Assyrians, Chaldeans, Turkmen, Armenian and Chechen," as stated in the preamble of the charter of Rojava, the name for western or Syrian Kurdistan.

The experience of self-administration in these regions is very interesting, particularly regarding the rights of women, and religious and ethnic minorities. Some contradictions nevertheless exist, especially regarding the authoritarianism of the PYD forces that have not hesitated to repress activists or to bar them from ruling institutions.

We should not forget that the PYD, like its mother organization, the PKK, lacks democratic processes in its internal functioning and in relation to other organizations considered to be rivals, or merely, as we have seen, critical of it. We must remember, for example, the protest movements in late June 2013 in some cities of Rojava, such as Amouda and Derabissyat, against repression and arrests carried out by PYD forces against Kurdish revolutionary activists.

The PYD is, however, not the only organization in Syria and within the Syrian opposition.

That shouldn't stop us from providing full support to the Kurdish national liberation movement in its struggle for self-determination in Iraq, Syria, Turkey and Iran against authoritarian regimes that oppress them and/or prevent them from achieving their self-determination. It is also why we should demand the removal of the PKK from all lists of terrorist organizations in Europe and elsewhere.

We can criticize the leaderships of the PKK or PYD for some of their policies, but as argued before, a fundamental principle of revolutionaries is that we first need to support all forms of liberation struggles unconditionally, before we criticize the way they are led.

THE BOMBINGS by the international coalition led by the U.S., with the collaboration of the reactionary monarchies of the Gulf, have failed to stop the ISIS offensive since September 23. At the start of that period, ISIS was 60 kilometers from Kobanê--today, ISIS has entered and occupied several districts of the city. ISIS has also destroyed houses and administrative buildings.

All these actors want to put an end to the revolutionary processes in the region and restore stability, with authoritarian regimes that serve their interests and not those of the popular masses of the region.

For its part, the Turkish government ruled by the Justice and Development Party (known as the AKP) has once again demonstrated its opposition to any project of Kurdish self-determination that would challenge its political interests.

The main objective of the Turkish government is actually to prevent the establishment of a Kurdish autonomous zone along its border with Syria. This is why the government in Ankara has made the creation of a buffer zone in Syria one of its main demands to the coalition and the international community, and not, as the Erdogan government claimed, to protect the areas held by the Free Syrian Army, which is now fighting alongside Kurdish forces against ISIS.

In the same context, the Turkish government has also prevented, and continues to prevent, fighters from the PYD from crossing the border to join the city of Kobanê and their Kurdish comrades in the fight against ISIS. The Turkish authorities imposed a curfew for the first time since 1992 in six provinces of the country populated mostly by Kurds after large demonstrations by members of the Kurdish community against the government's policy of not wanting to help the city of Kobanê and of refusing to allow Kurdish fighters from crossing into Syria.

After four days of rioting, Interior Minister Efkan Ala presented an initial report acknowledging 31 dead and 360 injured, more than a thousand arrests and widespread damage, mainly in the southeast part of the country where there is a Kurdish majority. The casualties and arrests were almost entirely Kurds.

The leader of the PYD, Salih Muslim, urged Turkey to allow fighters and weapons across the border for Kobanê, while adamantly opposing the intervention of the Turkish army in the city, which according to him would be similar to an "occupation."

Within Turkey, the imprisoned leader of the PKK, Abdullah Öcalan, also warned that the fall of Kobanê would mean the end of all peace efforts that have been going on for the past two years between Turkey and the PKK. There are still more than 8,000 Kurdish political prisoners in Turkish jails accused of terrorism.

THE FALL of the city of Kobanê and its occupation by ISIS would represent a double defeat: for the self-determination of the Kurdish people and for the Syrian revolution.

The autonomous self-administration of Rojava is a direct and positive result of the Syrian revolution and would never have been allowed without the popular and massive movement from below of the Syrian people--Arabs, Kurds and Assyrian together--against the criminal and authoritarian Assad regime. These same popular forces are also united against the Islamic reactionary forces that have attacked in the past and continue to attack the regions of Rojava. Today, the FSA and the Kurdish forces are fighting side by side against ISIS in Kobanê, and we have also seen demonstrations of support in other liberated areas of Syria in solidarity with Kobanê.

The revolution from below of the popular masses of Syria, Arab and Kurds is the only solution against sectarianism, racism and national chauvinism.

The self-determination of the Kurdish people has been strengthened by the Syrian revolution, and this has to continue. It is a dialectical relationship, and both are linked.

A defeat of the Syrian revolutionary process and of its objectives would mark, most probably, the end of the Rojava autonomous regions' experience and the hopes of the Kurdish people to decide their own future in the face of the opposition of multiple actors: Western and Russian imperialism, Arab and Turkish nationalist chauvinism and Islamic reactionary forces.

On the other side, the Syrian revolutionary process would not be complete without the possibility of the Kurdish people to decide freely of their own future: separation or participation in a democratic, social and secular Syria, with its national rights guaranteed.

This is why we have to oppose all attempts to undermine both Kurdish self-determination and the Syrian revolutionary process--because their destinies are linked--whether from the Assad regime, the Islamic reactionary forces, the various imperialisms (the U.S. and Russia) and sub-imperialisms (Iran, Turkey, Saudi Arabia and Qatar).

All the counterrevolutionary forces must be opposed because they want to divide the popular classes through sectarianism and racism.

Viva the Syrian Revolution. Viva the self-determination of the Kurdish People. Viva the brotherhood of the people in struggle for Liberation and Emancipation.

People in struggle are one!