Happy birthday to us!

ONE YEAR ago on May Day, we launched our new daily SocialistWorker.org Web site.

We had a pretty good idea it was the right time to raise the profile and reach of a socialist voice. With Barack Obama on the verge of clinching the Democratic nomination, the November election looked certain to be a landslide against the Republicans--another sign of a new era opening up in mainstream politics after decades of conservative political domination.

Even more important from our perspective was the way that the Obama campaign was raising hopes and expectations among millions of people after eight years of George Bush.

Still, we couldn't have guessed how right the time was for the new SocialistWorker.org.

One year later, a recent Rasmussen opinion poll tells us that only a bare majority of Americans say they prefer capitalism as an economic system. Among people under 30, there was an even split between respondents who chose socialism, those who preferred capitalism, and those who weren't sure.

While you're still more likely to hear the word "socialism" as a term of abuse from right-wingers trying to smear the Obama administration, SocialistWorker.org has shown how the central appeal of the socialist case is getting a new hearing--that capitalism is incapable of providing what's needed to meet the needs of the majority in society, and that a system organized around the principles of solidarity, democracy and justice would do better. 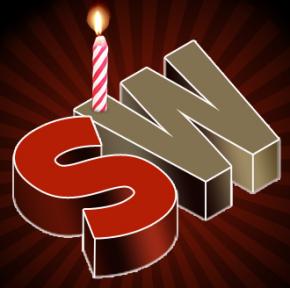 We've also followed the revival of a discussion about socialism on the left, for example, with columnist Dave Zirin contributing his call for socialists to boldly hold up our ideas in this new era.

The most important factor driving the revival of socialism is, of course, the disastrous crisis of the capitalist economy. SocialistWorker.org followed each twist of the financial meltdown over the past year, answering your questions about how Wall Street got itself into this mess and how bad it will get. We've also documented the devastating consequences of the crisis on workers, in the U.S. and around the world.

When angry supporters of equal marriage rights took to the streets beginning on Election Night itself to protest the passage of California's Prop 8 same-sex marriage ban, SocialistWorker.org reported from the protests and talked to new activists about the political questions facing the movement.

When workers at Republican Windows & Doors in Chicago reached back to the 1930s for the tactic of the factory occupation to win justice, SocialistWorker.org labor editor Lee Sustar wrote daily reports on the progress of a struggle that ended with a victory which inspired the whole labor movement.

Please help us out with a donation. Left-wing media like SocialistWorker.org have always depended on the support of their readers. Find out more about contributing--or click the button below to make a donation via PayPal.

Israel's barbaric assault on Gaza outraged people around the world and re-energized the movement in solidarity with the Palestinian people--SocialistWorker.org had descriptions from Gaza of the effects of Israel's onslaught and articles exploring the background to the war.

Now, the Obama presidency is a reality, and millions of people are deciding what to make of an administration that clearly represents a change from the past--but also continuity with the Bush years to a greater extent than many expected. SocialistWorker.org contributed to the discussion with roundtables of leading voices of the left, on what's next for the struggle in the Obama era and another assessing Obama's first 100 days.

AND THAT'S only to mention a few of the more than 1,400 articles we published in the past 12 months at SocialistWorker.org, where they were read by around 900,000 people who visited the site over the year.

The list doesn't do justice, either, to the much broader range of articles we were able to feature--like the reports of socialists in Greece after the country rose in rebellion following a police killing in Athens; or a Tennessean's view of the devastating coal-ash spill known as the "Three Mile Island of coal"; or the untold story of Martin Luther King's revolutionary proposal for "Phase Two" of the civil rights movement; or a dissection of the media's fables about successive generations of Rockefeller family robber barons.

We've got more planned for our second year, plus improvements to our Web site to provide more video and audio along with our articles, blogs written by SocialistWorker.org writers and other features.

The results of the Rasmussen poll on socialism are an incredible testament--especially considering the way socialism is slandered and distorted by apologists for the status quo--to the potential for socialism to be embraced by much larger numbers of people as an alternative to a world of crisis and war.

But people recognizing the socialist critique of capitalism is only the first step. Socialism has to become an organized force fighting for the future, present in all the struggles throughout society, in workplaces, communities and campuses.

SocialistWorker.org can be part of building that organized alternative, but it's up to readers like you following the site regularly; spreading the word about SocialistWorker.org, in person and electronically, as a source for daily news and analysis from the left; and contributing your own reports and opinions to the discussion that takes place here.

Another way you can help SocialistWorker.org is to give us a birthday present--in the form of a donation. We know things are very tight right now, at least for the people likely to be reading our Web site. But we've always relied on the financial support of our readers to keep publishing the socialist point of view--and now is no exception, even in the age of the Internet.

So please consider making a contribution to help assure the future of SocialistWorker.org. The opportunities for socialists are greater than they've been in many years, and SocialistWorker.org is looking forward to another year of giving a voice to the struggles for real change in this society--and to the vision of a different kind of world.