Why I’m leaving the Democrats

Donna Tara Lee, a transgender activist living in Florida, retired postal worker and an organizer for October's National Equality March in Washington, D.C., describes her response to the first year of the Obama administration.

I WOULD like to say that I have been a lifelong Democrat since I was first eligible to vote in 1969.

Before that, I leafleted cars for RFK in 1964 in his Senate race in New York. My family revered Franklin Roosevelt for getting us through the Great Depression and Second World War, and thought Harry Truman was a great successor to FDR for expanding the New Deal and fighting communism. These were the politics I was brought up with and learned at the dinner table.

Since that time, as I got older, I have been an unabashed liberal. I have been active in all the following causes dating back to the 1960's: civil rights, antiwar, feminism, pro-choice, the farmworkers' movement ( I boycotted grapes for years), no nukes, free speech, justice for the Palestinians, anti-imperialist, anti-apartheid, and, lastly, the LGBTQ movement.

I was always sympathetic, but never took action on LGBTQ issues, except to vote against any anti-gay politicians and for any LGBTQ rights initiatives that I could. And yes, I spoke up for equality for LGBTQ persons. 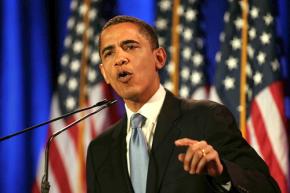 And I have been a loyal Democrat all these years. So why am I now thinking of leaving the party after our biggest electoral success since 1964?

I have become so disenchanted that the changes we were promised instead seem to be more of the same old politics as usual. The lobbyists are still in control.

Let's take a look at the health care non-reform bill--as it should really be called. The insurance companies have spent an enormous amount in a misleading advertising campaign to defeat health care. Right-wing thugs took over town hall meetings during the August recess, not allowing a rational health care debate. "Blue dog" Democrats joined the Republicans in lying and slandering health care legislation, and those who support it.

Personally, I don't support the health care bills out there. I favor a single-payer, cradle-to-grave health care plan, like they have in all other industrial countries. I believe the Obama administration has basically caved in on real health care reform to achieve a non-achievable bipartisan law.

And allowing something like the Stupak Amendment to go forward is an affront to all women in this country and everyone who favors reproductive rights. So as far as I'm concerned, there is no real health care reform on the table.

On other domestic issues, huge sums of bailout money were given to the big corporations that got themselves and us in this mess by their greed. But there have been no regulatory reforms passed to make sure the banks can no longer fleece us. So it's back to business as usual on Wall Street.

Amazing how both unemployment and stock prices are both rising. Main Street continues to suffer, and Wall Street does better. This does not compute.

The repressive and unconstitutional USA PATRIOT Act remains in effect, and lawbreakers of the previous administration go unpunished. Hate crimes against LGBTQ people are on the rise, as are gun and ammunition purchases. Reproductive providers are threatened, and one has been killed. The birthers, tea baggers and 10th Amendment folks are all on the loose, threatening our democracy. Our education institutions continue to fail our young. The birth rate is going up for unwed mothers. There is no real climate reform. Unemployment continues to rise, and our major parties are more partisan toward each other than ever.

In foreign affairs, the wars go on, taking more of our treasury, and the death toll among our soldiers grows higher. We still support regimes that persecute women for being women, and that are repressive and corrupt. Now, we call it anti-terrorism--it used to be anti-communism.

Except for some cosmetic changes--you could call it a new brand of make-up--what has changed? Nothing is my brutally frank answer.

THESE FAILURES have led me to rethink my political philosophy. I would say that for most of my life, I have been a social democrat. I wanted to see the U.S. evolve into a social welfare democracy, like the western European and Scandinavian countries. I can see now that in our current climate, which has been growing since the big business opposition to the New Deal in the 1930s, I have been wrong, and there's no way the evolution I hoped for will take place.

I will be leaving the Democratic Party soon and registering as a socialist. I do this with a heavy heart, but I am convinced that the only way now to a peaceful and economically just society is through socialism.

I believe we should be at peace and not supporting corrupt governments in the name of anti-terrorism. I believe our citizens have the following rights endowed to them: reproductive freedom, an equal rights for all our citizens. I believe that there is no place in a just society for racism, sexism and homophobia, and that we need economic justice, not a corporate dictatorship. I believe all citizens should have the right to health care, an education and a decent living. These obscene profits need to end, and wealth needs to be redistributed to the workers. I also believe in open borders and an end to our insane anti-immigration policies.

Since I see our two major parties doing nothing but fighting among themselves as to which is the best to keep the evils of capitalism working, I gladly embrace socialism and its goal of peace and freedom for all.