Obama puts the freeze on workers

Lee Sustar argues that Barack Obama's federal pay freeze is only the latest example of the Democratic Party's embracing of austerity at labor's expense.

PRESIDENT BARACK Obama has just painted a target on the back of every public-sector worker in the U.S. with his November 30 order of a two-year pay freeze for all nonmilitary personnel. That action by a supposedly pro-union president gives political cover for every governor, mayor, city council and county board to carry out similar measures--or worse--in the name of "fiscal responsibility."

"Is this Obama's PATCO?" asked Robert Borosage, co-director of the Campaign for America's Future, referring to President Ronald Reagan's firing of some 11,000 striking Professional Air Traffic Controllers Organization members in 1981. "Will employers across the country use his language and his message to inflict another round of pay cuts?"

In the public sector, of course, such cutbacks have been going on for several years, with layoffs, unpaid furlough days and the privatization or elimination of government services. According to the Center on Budget and Policy Priorities, state and local governments have wiped out 407,000 jobs since August 2008. 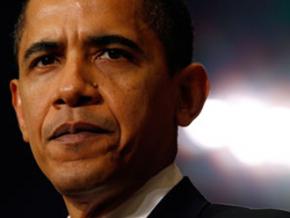 Those losses would have been even worse without the $787 billion stimulus spending of early 2009, which included some aid to the states to help them cover budget shortfalls. Now the stimulus effect has subsided, and state governments are still swimming in red ink--even after closing budget gaps of $425 billion since 2008. Unlike the federal government, most states are barred by law from running deficits--so in statehouses across the U.S., it's cut, cut, cut.

Now, with the Republican takeover of the U.S. House of Representatives, it's even more certain that austerity will become the policy of the day in Washington.

Obama justified the pay freeze as a measure to reduce the federal government's budget deficit. "The hard truth is that getting this deficit under control is going to require some broad sacrifice, and that sacrifice must be shared by employees of the federal government," the president said at a news conference.

But the freeze will save only $2 billion by the end of the fiscal year in 2011 and $5 billion over two years, according to the Office of Management and Budget. That's peanuts compared to what the federal government wastes every year on the biggest source of the federal deficit: the Defense Department, whose budget is $685.1 billion for 2010. The Pentagon spends almost as much to buy a single Virginia-class attack submarine as Obama will save in the first year of his pay freeze.

As Obama made his pay freeze announcement, Democrats and Republicans were still bickering over legislation to extend the Bush-era tax cuts--but the final legislation will almost certainly continue the tax breaks for all Americans, including the very richest, at least temporarily.

According to the Joint Committee on Taxation (JCT), it will cost $38.8 billion to extend the tax cuts for the top income brackets through 2011. That's nearly 20 times more than Obama plans to save with his pay freeze that year--all to ensure that millionaires get an average tax cut of 103,384 each, according to the JCT.

THE THREAT of an anti-labor agenda of slashing public-sector wages, benefits and jobs was a large part of the motivation for the unions to pour an estimated $100 million into Democratic campaigns in the 2010 elections.

According to the Center for Responsive Politics, the main public sector union, the American Federation of State, County and Municipal Employees (AFSCME), spent a record $12.4 million on Democratic races, while the Service Employees International Union (SEIU), which also has a large presence in the public sector, spent $15.8 million. The National Education Association, the 3 million-member teachers' union, spent $7.5 million. Chris Townsend, the Washington representative of the United Electrical workers union, estimates labor's combined spending on the 2010 elections to be between $800 million and $1 billion.

And yet even supposedly pro-labor Democratic candidates were blunt about the fact that they, too, would take aim at the unions. In New York, Gov.-elect Andrew Cuomo explicitly stated that his model was the so-called "social contract" of the mid-1970s in which public-sector unions took huge concessions to bail out a bankrupt New York City. His campaign message for the unions was so harsh that a New York Times headline described his program as an "offensive" against organized labor.

And that's at least one campaign promise that Cuomo is going to try to keep. According to the Wall Street Journal, Cuomo is assembling a team of business lobbying groups to wage a $10 million, anti-union campaign.

A similar scene is playing out across the country in California. Jerry Brown, while campaigning to return to his old job as governor earlier this year, declared that he would have to "do things that labor doesn't like"--including reducing public employee pensions.

Members were initially told by SEIU officials that Brown had to be elected so that the union could avoid making concessions to outgoing Republican Gov. Arnold Schwarzenegger, who sought to help balance the state's $19 billion budget deficit with unpaid furlough days that amounted to a 15 percent pay cut.

Yet SEIU Local 1000--California's biggest public-sector union, representing 90,000 workers--went ahead and made a deal with Schwarzenegger three weeks before the election anyway.

Under the agreement, which was ratified after the elections, Local 1000 members will take a 12-month, 4.62 percent pay cut through 12 unpaid personal days. Employee pension contributions will also rise by 3 percent, put the total cost of concessions at around 8 or 9 percent. Plus, new hires will get smaller pensions under the deal.

SEIU Local 1000's givebacks are predicted to save the state $383 million--a big chunk of the $900 million that California Democrats want to squeeze out of public-sector workers.

As Sacramento Bee columnist John Ortiz pointed out, "For starters, the agreement means Gov.-elect Jerry Brown won't have to say "no" to a huge contributor to his run for governor," since SEIU California has already swallowed concessions. The deal is likely to set the pattern for other California public-sector unions' negotiations with Brown, Ortiz wrote, and "the unions expect Brown will dial down the rhetoric. But better contracts than what Schwarzenegger has inked? Not likely. Maybe even a little worse."

Other Democratic governors are also poised to demand concessions from unions. In early 2010, Illinois Gov. Pat Quinn proposed what would have been the largest budget cuts to education in state history, until the state legislature dialed them back. Even so, both the Illinois Federation of Teachers, Illinois Education Association and Chicago Teachers Union endorsed the governor on the grounds that his Republican rival would have been worse. But with Illinois staring at a California-style budget cut, Quinn is certain to come looking for more concessions from unions.

In Oregon, both the Oregon Education Association and the state's American Federation of Teachers affiliates poured money and resources into the successful effort to return John Kitzhaber to his old job as governor. But Kitzhaber went out of his way to say that he would hold down projected pay increases for teachers and other public sector workers.

NOW COMES Obama's pay freeze for federal workers to legitimize all these policies--and pave the way for still deeper cuts. Obama and the Democrats--who were elected in 2008 as workers sought relief from the economic meltdown and George W. Bush's policies--are now competing with the Republicans to come up with the most "fiscally responsible" approach to deficits.

And the unions, which looked to Obama to make it easier to organize unions through the proposed Employee Free Choice Act, now finds themselves the targets of Democrats and Republicans alike. Less than two months after the unions mobilized tens of thousands of people to Washington for the One Nation jobs march that was, in effect, a Democratic Party election rally, Obama himself is giving the green light for more attacks.

No one is served by our government participating in a "race to the bottom" in wages. We need to invest in creating jobs, not undermining the ones we have. The president talked about the need for shared sacrifice, but there's nothing shared about Wall Street and CEOs making record profits and bonuses while working people bear the brunt. It is time to get our nation back on track, but we should not do so by placing an even greater burden on the middle class.

That's the right sentiment. But the obvious question is whether and when organized labor will face the reality that there's a bipartisan drive towards austerity--and organize to resist it, following the example of workers in Greece, France and Portugal.

Because it's clear that unless working people draw a line, the attacks will continue--and they'll be carried out by Republicans and Democrats alike.