Energy prices and the apocalypse

To listen to energy industry executives, a price freeze will bring catastrophe to us all.

IN THE coming days, I expect we'll have more details about the consequences of the British Labour Party's proposed price freeze on the energy industry.

EDF Energy will announce that once its profits are curtailed slightly, it'll have to sack the man who checks for bare sparking wires at the National Grid, so Devon will burn down, and the smoke from a flaming Torquay will cause planes full of especially furry puppies to crash into the Atlantic, causing a tsunami that puts out the sun, making us turn the heating up even more than usual.

With no gas, we'll have to live on tinned food, but with no light, we'll cut ourselves on the jagged lids, and the smell of an entire nation bleeding will attract sharks that will evolve legs and the ability to live in dark and cold, and will rule the world. So think about that before you vote Labour.

Some newspapers and politicians are suggesting this collapse into a post-electric wasteland will be inevitable. The Daily Mail listed seven steps toward "blackouts, pensions hit and years of uncertainty." Tomorrow, it'll explain the next seven, starting with, "Step 1: With no gas fires, Britain will turn into a glacier, and adventurer Ranulph Fiennes will be appointed prime minister, as he'll be the only person who can travel to work." And "Step 2: As our blood turns to ice, some of us will be drained and used as a venue in the Winter Olympics." 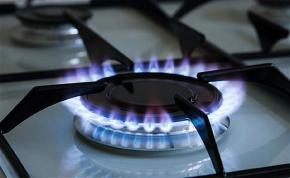 The Mail says the proposal is "insane", and an assortment of experts have made comments such as: "Not putting up gas all the time is clearly PSYCHOTIC and DERANGED. It's also emerged that serial killer Harold Shipman started out by not wanting to put up the price of gas, and only when he got away with that did he take it one stage further and murder everyone."

Neil Woodford, the largest shareholder in the energy company Centrica, has already said: "If Centrica can't make money supplying electricity, then they won't supply it. The lights will go off, the economy will shut down."

That sounds a little like a threat--the sort of thing the Joker's spokesperson might say, having rephrased his original statement from "Everyone must pay me what I demand, or I will plunge the city into darkness and steal the economy, mwaaaaa ha ha haaaaa."

Still, at least he's not holding the country to ransom, like teachers who vote for a half-day strike.

A SPOKESMAN for Centrica said the catastrophe would happen because "it would not be economically viable to continue supplying energy if prices were capped." And you can sympathize, because last year, the six main energy companies were only able to pay dividends of $11.2 billion. So if they're asked for one year to get by on only $9.6 billion, they might as well not bother, and plunge the country into an apocalyptic arena of death instead.

The energy companies also state that falling dividends will make us worse off, because this will hit pension funds. And we can be sure that's their main concern. Sam Laidlaw, the chief executive of Centrica with a salary of $8 million, and the five British Gas executives who took a total of $17.7 million in bonuses, will be distraught at the effect on pensioners, and won't for a moment have considered the impact on their own pay. Hopefully, they'll receive counseling, from someone who can explain they must think of themselves occasionally, as they can't just worry about the needs of old people ALL the time.

What we're asked to understand by critics of this proposal is that if the energy companies have to keep their prices down, that makes the majority of us worse off. So if you're sensible, when you receive your gas bill, you'll say: "Oh no, is that all it is? I hope next time I have to pay much more, otherwise, I'll be short of money."

If those who insist lower energy bills make us worse off are right, instead of freezing their prices, the government needs to make us take a second job delivering pizzas and send all the money to energy supplier Npower, ensuring we're much better off. If pensioners are too old to ride a moped, they should be forced to sell their pets as food and send in the cash, for their own good.

Despite this logic, Ed Miliband's promise to restrain detested companies seems popular, as even the Daily Mail admits. So Peter Mandelson has condemned it, his argument being, "He mustn't suggest a policy that most people like, can't he see that makes him unelectable."

I suppose the unease is due to the uncertain electoral outcome of this proposal, which depends on the arithmetic. Chief executives of energy companies are now less likely to vote Labour, whereas everyone else is more likely, so someone will have to work out which of these two categories is bigger.

It could also be argued that since Centrica executives have stated a brief marginal reduction in their gargantuan profits will mean it won't be worthwhile continuing to supply electricity at all, in which case they will merrily turn off the entire supply, they are the people least worthy of being in charge of it, and it ought to be taken off them altogether, and given to any random person in the street, rather than left in the hands of such a bunch of psychos.

Maybe Ed can fill in that detail in the manifesto.